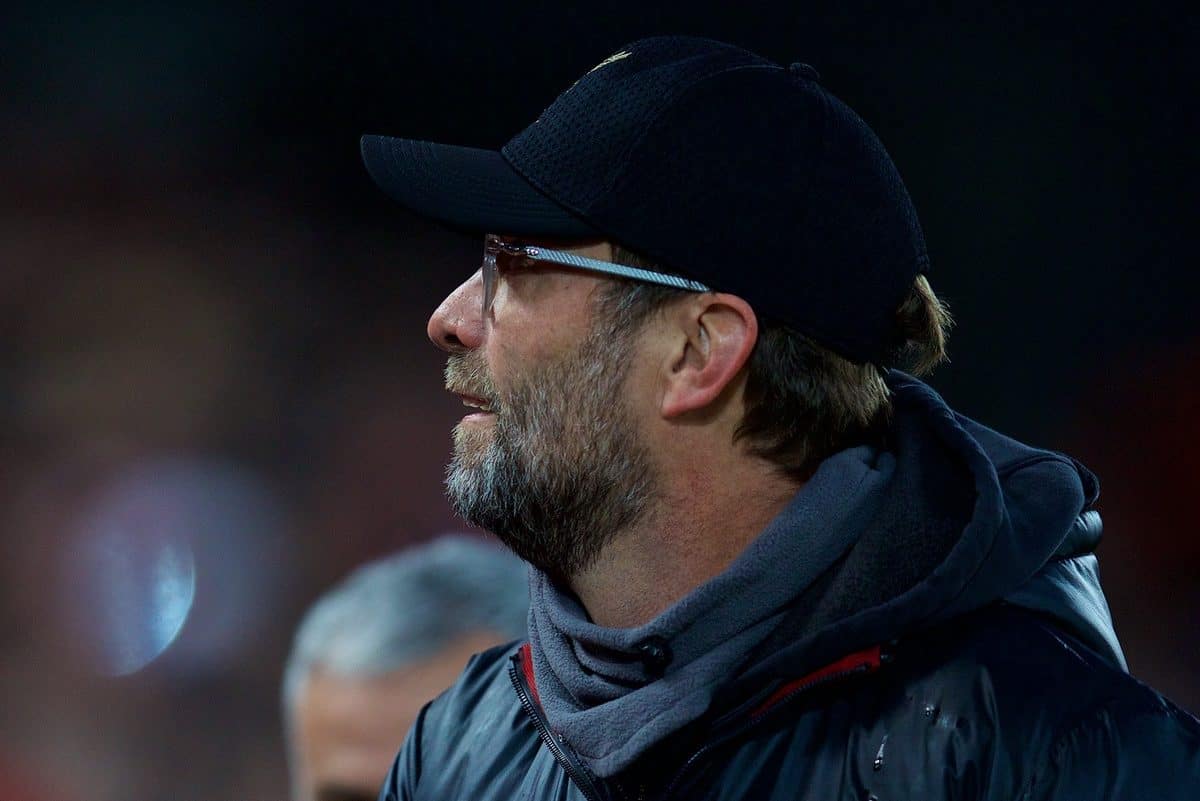 Jurgen Klopp believes the title is still Manchester City’s to lose despite guiding Liverpool to the top of the Premier League.

Klopp’s Reds are a point above champions City after 17 games following last weekend’s victory over Manchester United but the German is in no doubt Pep Guardiola’s men remain the favourites.

“Only City can stop City, to be honest,” said Klopp at a press conference on Tuesday. “We have to play our own game and get as many points as possible.”

With Liverpool and City playing at different times in recent weeks, one side has known the other’s result going into a game.

Last weekend City played first but this week it will be Liverpool. The Merseysiders face Wolves on Friday before the champions take on Crystal Palace the following day.

Klopp insists the schedule is of little relevance.

He said: “I would say we are always motivated at the highest level so where could we put this extra portion, saying if City lost then it makes us more motivated? That doesn’t work. We are really concentrating on our situation.

“But we are in December. Tottenham, Chelsea, Arsenal – they are so close. I shouldn’t think about one opponent or we are the only one that can stop City.”

Liverpool face City at the Etihad Stadium on January 3 but, with three other fixtures first, that is not yet on Klopp’s mind.

Klopp said: “Man City is Jan 3. There is nothing to think about yet. I am sure Pep isn’t thinking about us for one second in this moment.”

Liverpool learned on Monday they will face Bayern Munich in the last 16 of the Champions League.

“The good thing is a couple of years ago if we’d have had Bayern Munich it would be like, ‘Wow, no chance’. The thing is we have a chance. That is enough to know.

Right-back Trent Alexander-Arnold is making encouraging progress in his recovery from the ankle injury sustained against Napoli last week. Klopp is hopeful the 20-year-old could still play a part in Liverpool’s festive programme.

He said: “It actually looks surprisingly good. I think Wolves will still be a bit too early but after that, they told me we can think about him.

James Milner could be available on Friday after a minor muscular injury.