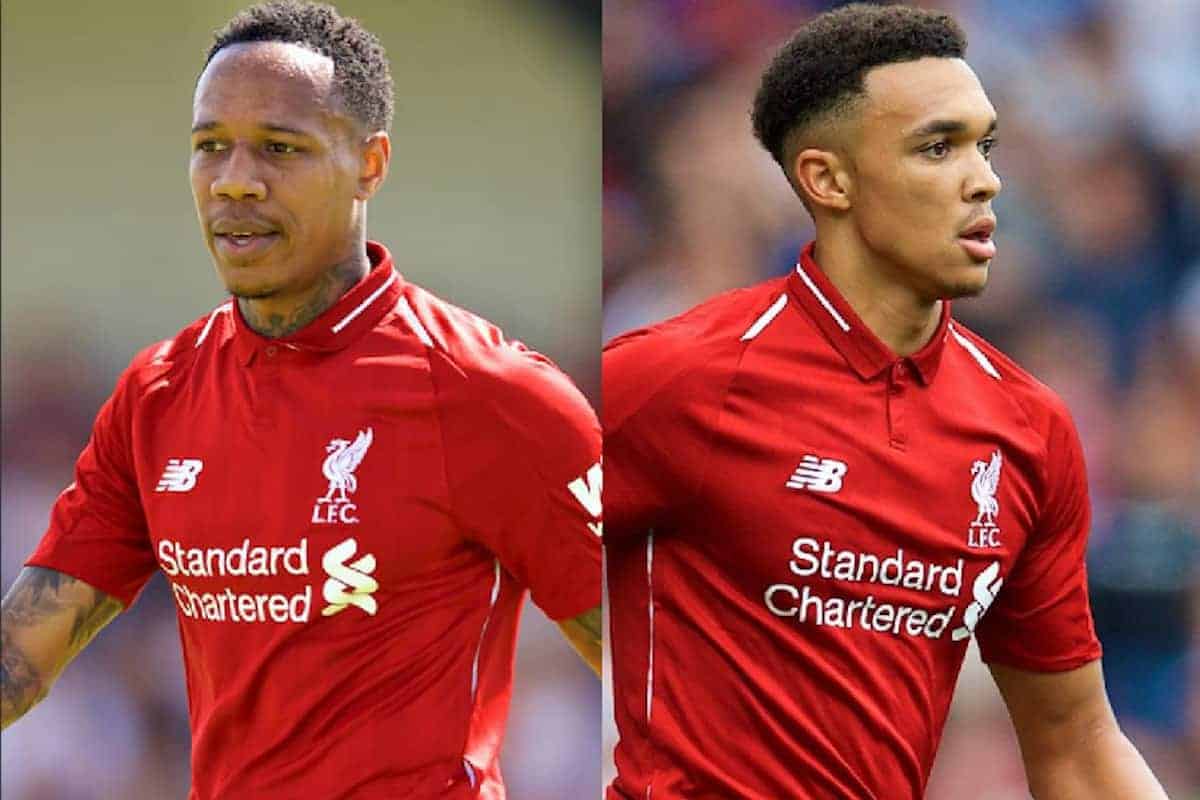 Jurgen Klopp has confirmed that Nathaniel Clyne is available for Liverpool’s clash with Man United, but they will be without Trent Alexander-Arnold.

The Reds take on their rivals at Anfield on Sunday, knowing they can go 19 points clear of them with just 17 matches played.

More importantly, though, Klopp’s men will go back to the top of the Premier League with a win, assuming Man City have beaten Everton by the time the game kicks off.

Liverpool already have Joe Gomez and Joel Matip sidelined for the visit of Jose Mourinho’s side and Alexander-Arnold is also out, too.

Klopp confirmed as much as Melwood on Friday lunchtime, also providing a more positive update on the availability of Clyne, even though a start is unlikely.

“With Trent [Alexander-Arnold], it’s not as serious as it is with the other boys,” Klopp told reporters.

“Joel [Matip] was injured in the last second of the game. For Trent, it’s day-by-day. We will find a solution at the weekend.

“Clyney was unfortunately injured for the last two or three weeks – nothing serious but serious enough that he couldn’t train.

“He has been in training for four days – is he ready for 90 minutes? I don’t know. But he is ready. He is a very experienced player.

“We have other options as well so we will not push Clyney through after his longest spell of training.

“Rafa Camacho played outstandingly in pre-season and even Curtis Jones played (at right-back) against United (in Ann Arbor).

“As long as we have options everything is fine.”

Despite Klopp’s words on Clyne being “ready,” James Milner is still expected to start at right-back, as he did last week at Bournemouth.

United have injury problems of their own ahead of the game, with Victor Lindelof and Alexis Sanchez definitely missing for the trip to Merseyside.

Liverpool are looking for their first Premier League win over their adversaries since a 3-0 victory at Old Trafford back in March 2014.