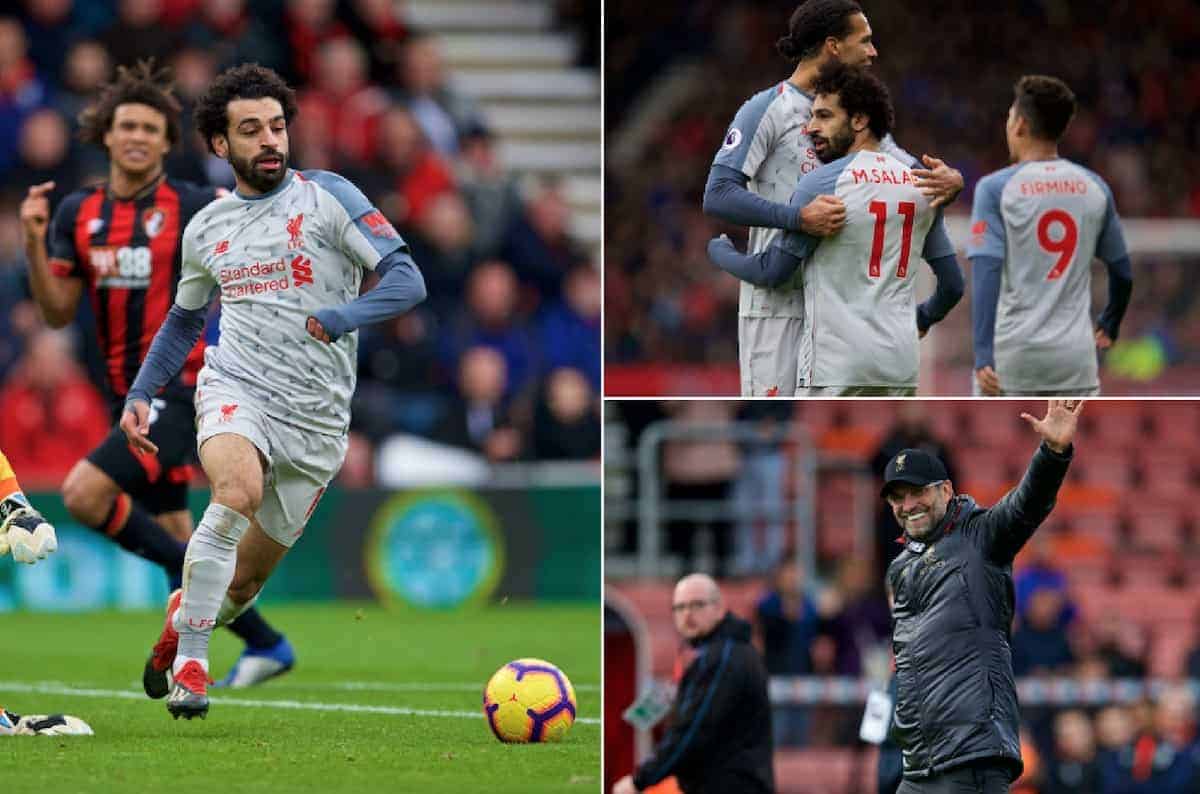 A dominant Liverpool performance stretched the Reds’ Premier League unbeaten streak to 16 after securing a 4-0 win over Bournemouth on the south coast.

After picking up an invaluable three points in midweek the Reds picked up from where they left off against the Cherries, despite a number of changes to personnel.

An open start to proceedings offered an immediate glimpse into what was to lie ahead for Liverpool as Bournemouth were prepared to come out and play, handing the Reds the rare opportunity to exploit space in the final third. 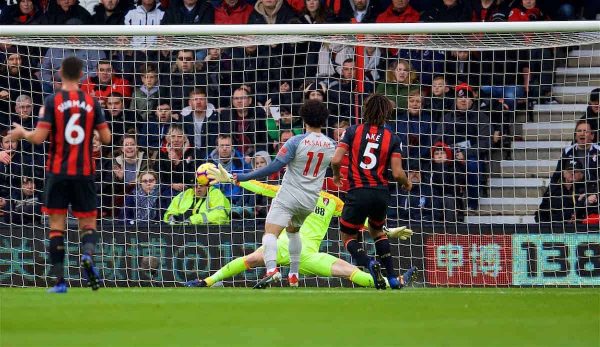 The Egyptian opened his account midway through the first term after capitalising on a rebound from Bournemouth keeper Asmir Begovic – and the opening goal only proved to be a sign of things to come.

After giving the Cherries a brief look-in as the first term came to a close, Liverpool emerged from the break as ruthless as ever as an onslaught of attacks saw a further three goals hit the back of the net in just 29 minutes.

Salah went on to inflict further pain after doubling Liverpool’s lead just minutes after the restart after drilling the ball into the bottom corner following excellent build up play from his fellow forward Roberto Firmino. 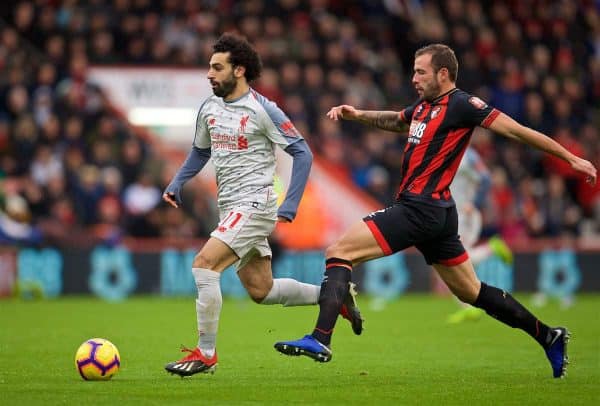 The goal put the result beyond doubt, but Liverpool and Salah were not finished as the Egyptian had the Bournemouth defenders at his mercy as he toyed with them to seal his hat-trick – piling on the misery after following an goal from Steve Cook moments earlier following a brilliant cross from Andy Robertson.

The victory ensures Liverpool move to the top of the Premier League table, for the time being, after clinching their 13th win of the campaign.

Next up for the Reds is an all or nothing Champions League group game against Napoli at Anfield on Tuesday, before Manchester United come to town on Sunday.