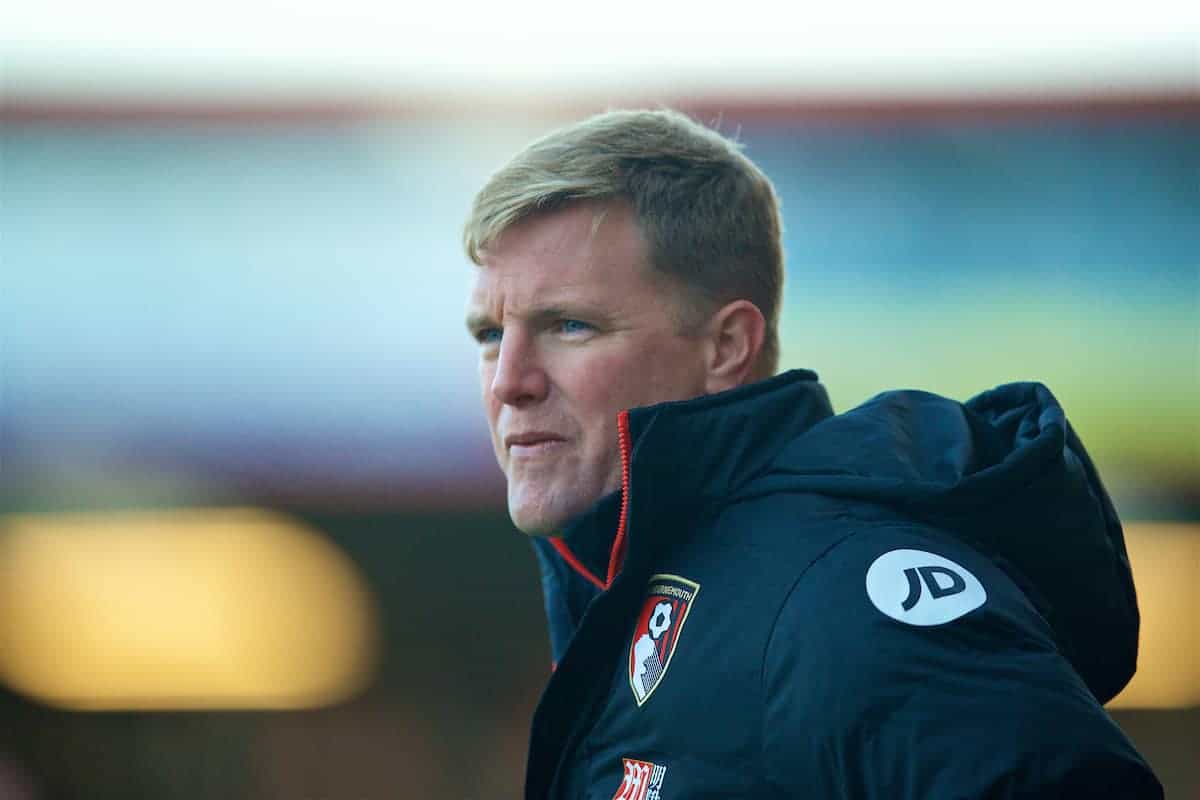 Bournemouth manager Eddie Howe says Liverpool’s defensive progress this season is undeniable, ahead of his side’s clash with the Reds this weekend.

Jurgen Klopp‘s squad head south to Dean Court for the Saturday lunchtime kick-off, eyeing up five Premier League wins on the bounce since their 1-1 draw at Arsenal on November 3.

Should they achieve that, Liverpool will find themselves top of the Premier League, with current leaders Man City visiting Chelsea later in the day.

Speaking to reporters on Friday, Howe gave an honest assessment of the Reds’ progress in a defensive sense in 2018/19, with just six goals conceded in 15 league games.

“They are a lot more resolute and resilient. Their defensive record is excellent and that takes a lot of working on the training ground – a lot of discipline.

“I don’t think you win the league without that, so I think they’re definitely moving in the direction that they want to.

? Eddie Howe on Liverpool's attack and where the Reds have improved. pic.twitter.com/IikeOt7toW

“They’ve also got players that can win a game in a moment and we’re going to have to be good in all disciplines of our defending to have any chance of getting a result.”

When asked whether Liverpool may have one on Tuesday’s crucial Champions League meeting with Napoli at Anfield, Howe laughed off the claims.

“I don’t think I’d disrespect Liverpool in that way,” he added.

“You look at how they approached the Burnley game – yes they made changes, but they were very professional in the job that they did.

“They will look at our game as a very important one in their Premier League season – they’re not going to take us lightly in any way.

Bournemouth will be without midfielders Lewis Cook and Dan Gosling for Saturday’s match, with Cook ruled out for the season with a serious knee injury.