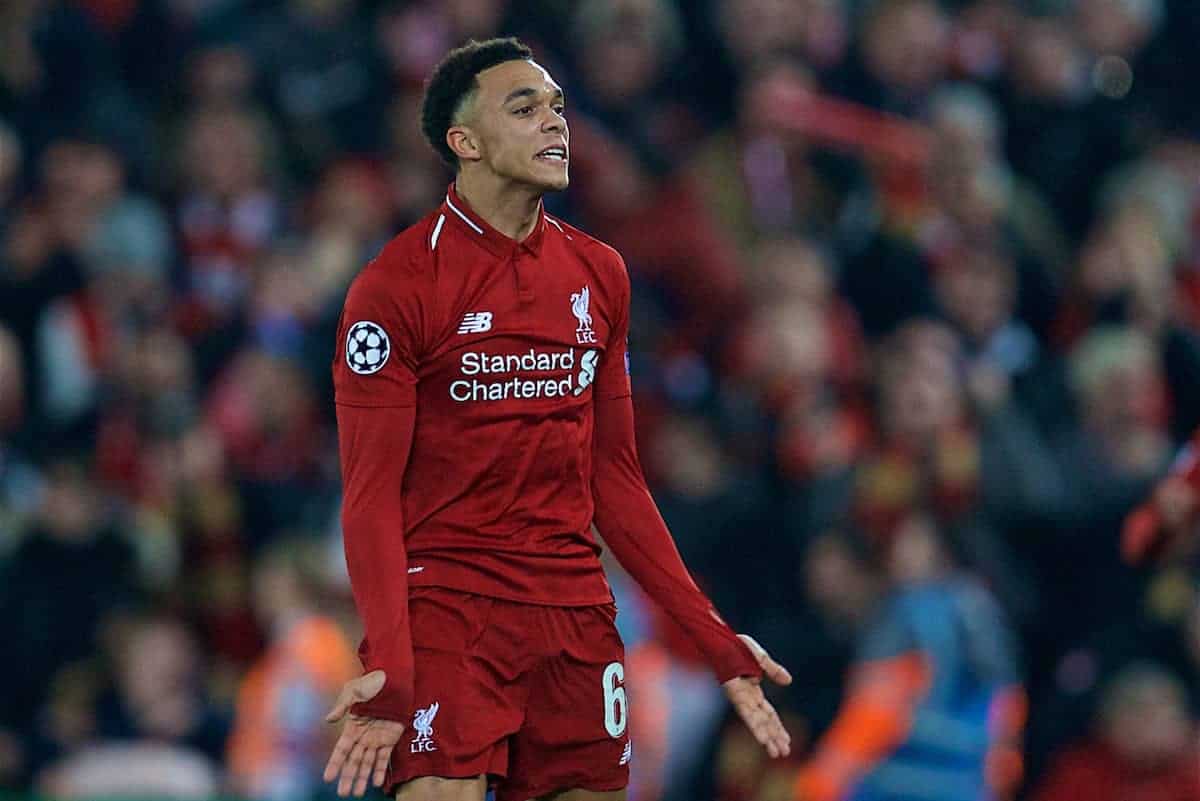 Liverpool produced a battling display as they fought for the 1-0 victory they needed at home to Napoli to book their place in the Champions League last 16.

The Reds headed into Tuesday night’s clash knowing they had to win either 1-0 or by two clear goals to guarantee progress from Group C, with Paris Saint-Germain playing Red Star in Belgrade at the same time.

With PSG making light work of their Serbian opposition as expected, it was all down to Jurgen Klopp‘s side to get the result against a side who had already beaten them at the Stadio San Paolo.

Liverpool began the better side, but squandered a host of opportunities, while referee Damir Skomina made his presence felt with a host of questionable calls.

The decisive goal came from Mohamed Salah just after the half-hour mark, with the Egyptian turning the otherwise impeccable Kalidou Koulibaly and firing through David Ospina with his right foot.

From there, the Reds largely maintained control, but profligacy remained an issue as the likes of Roberto Firmino, Gini Wijnaldum, James Milner and Virgil van Dijk all failed to beat the former Arsenal ‘keeper.

Sadio Mane was the standout in that regard, however, missing twice when it was easier to score, heaping pressure on Liverpool to hold on for the win.

And they almost failed to do so when the ball fell to Arkadiusz Milik in the six-yard box in stoppage time, but the substitute was thwarted by a world-class save from Alisson.

The whistle blew soon after, and Klopp and his players were visibly relieved as they clinched their place in the last 16.