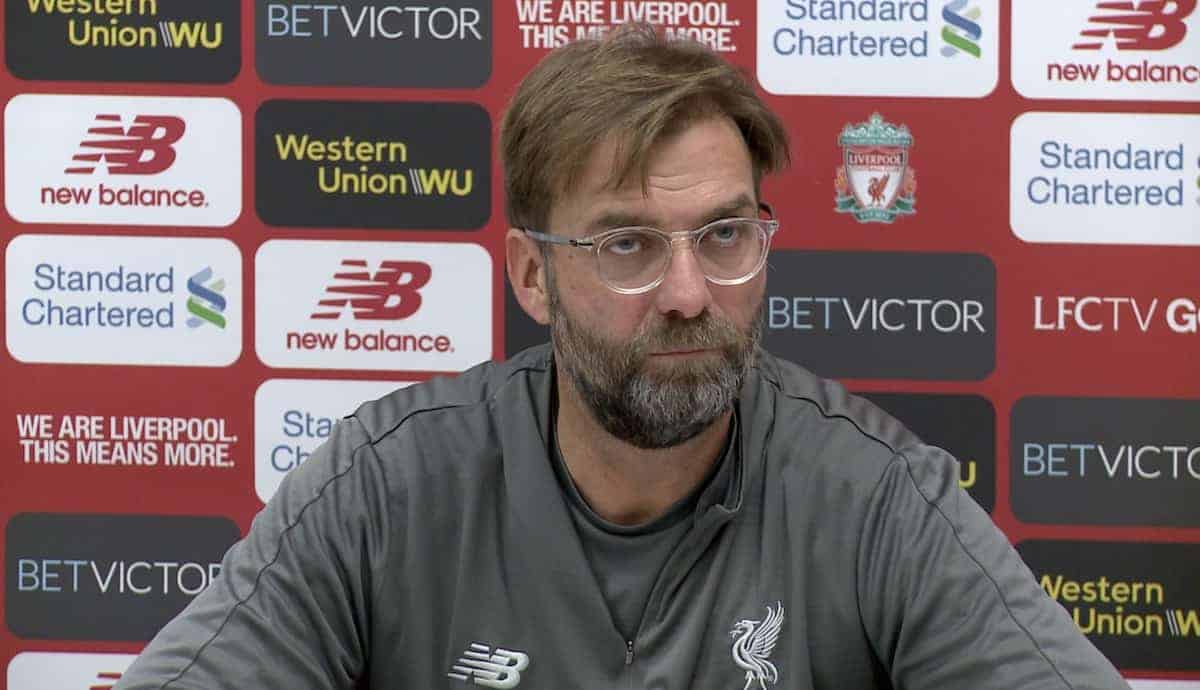 The Reds are back in action for their final game of 2018 this weekend, as they welcome the fifth-placed Gunners to Anfield as they continue their title push.

After Boxing Day’s 4-0 win over Newcastle, Klopp’s side sit six points clear at the top of the table, but with Arsenal and Man City to come in quick succession this end-of-year period will be vital.

Having drawn 1-1 with Unai Emery’s side back in November, conceding 61.8 percent possession to their hosts, Klopp is expecting a difficult game for Liverpool.

“I think it was the period of the Naples game as well, when we didn’t do too well (it came just before the 2-0 loss at Red Star), so we needed these couple of weeks adjusting a few things,” he told reporters on Friday.

“They are strong, good with the ball, very lively, counter-attacks are crazy quick.

“With Aubameyang and Lacazette, an outstanding strike pair up front, quick on the wings, power with Iwobi; a really good team.

“That’s what we prepare for. Because it’s not that long ago we used that game for analysis.

“It gave us a lot of information, and still it will be difficult.” 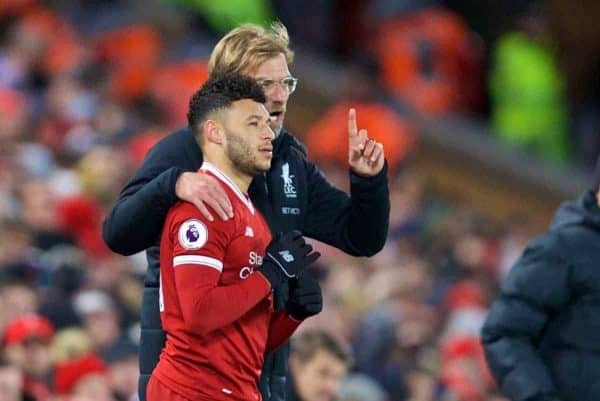 Klopp ruled James Milner out of Saturday’s clash, but expects the vice-captain to be back to take on his former club in the New Year, while Alberto Moreno is fit again after back problems.

He also discussed Moreno’s frustration at his treatment as backup left-back, stressing that “he never shows that in any training sessions.”

The 25-year-old ran outside at Melwood for the first time since April on Christmas Eve, and Klopp revealed that he could be back in full training as early as February, saying “from the first step it looked completely normal.”

Pierre-Emerick Aubameyang was also on the agenda having played under Klopp at Borussia Dortmund, while the manager was also questioned on the differences between managing in England and Germany.

And he praised Xherdan Shaqiri‘s impact since joining the club, saying: “It’s fantastic so far, really fantastic, and there is still a lot to come.”