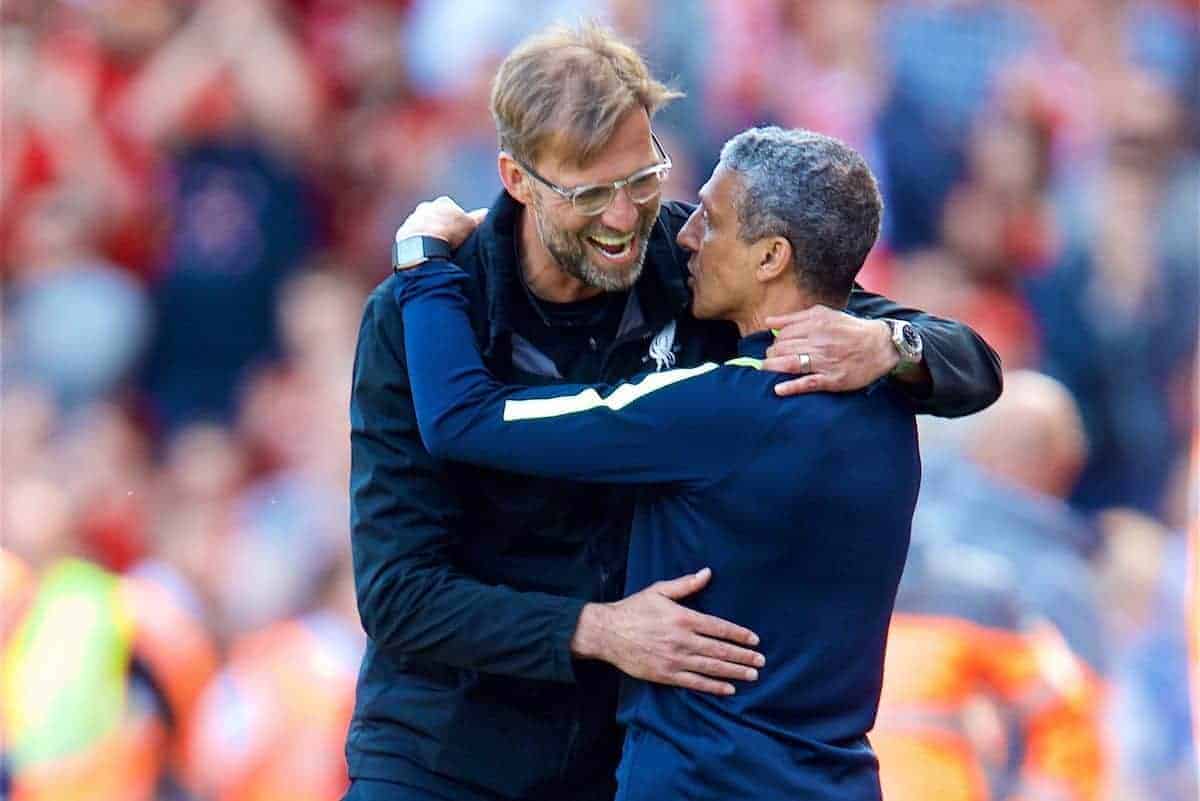 The Reds have now suffered back-to-back defeats in the league and FA Cup, but cannot be deemed ‘out of form’ considering their performance against Man City and the nine changes made at Wolves.

Regardless, with City reducing their lead to four points at the top of the table, the onus is on Liverpool to get back to winning ways at the Amex.

In a rare 3pm kickoff this weekend, Jurgen Klopp‘s side take on a Brighton outfit who have not lost in the four games since their 2-1 defeat to Chelsea on December 16.

Since then, they have beaten Bournemouth and Everton and drawn with Arsenal and West Ham, and assessing their chances against last season’s Champions League finalists, Hughton gave a mixed view.

“At the moment, playing at home to Man City or Liverpool are the toughest games you can play,” he told Brighton‘s official website.

“Can we go into the game with some comfort? We can until kickoff time and then it’s about how you perform on the day.

“They will be big favourites, as everybody would imagine, and it will be us doing as well as we can on the day.

“I’d certainly rather be going into the game in good form than in bad form.

“In this game, people won’t expect us to get anything and anything we do get will be a bonus.”

Hughton is right to position Brighton as underdogs, and though there is no suggestion the 60-year-old is intentionally heaping pressure on Liverpool, his words certainly could.

The Seagulls have lost in each of their three meetings with the Reds since their promotion to the English top flight in 2017, conceding 10 and scoring just once in the process.

The last time they beat their weekend opponents was in the FA Cup in 1984, serving to highlight the gulf in class between the two clubs over the decades.

History will count for little on Saturday, but Liverpool’s status as league leaders demands victory as they look to maintain their lead over City—who play Wolves in a tricky home tie on Monday night.

Klopp’s focus at Melwood this week will be to ensure the focus remains the same throughout his squad after losing in Manchester and Wolverhampton.

They are still “big favourites,” as Hughton suggests, and with Brighton poised to dig deep and attempt to grind out a result the hope will be they live up to their billing.