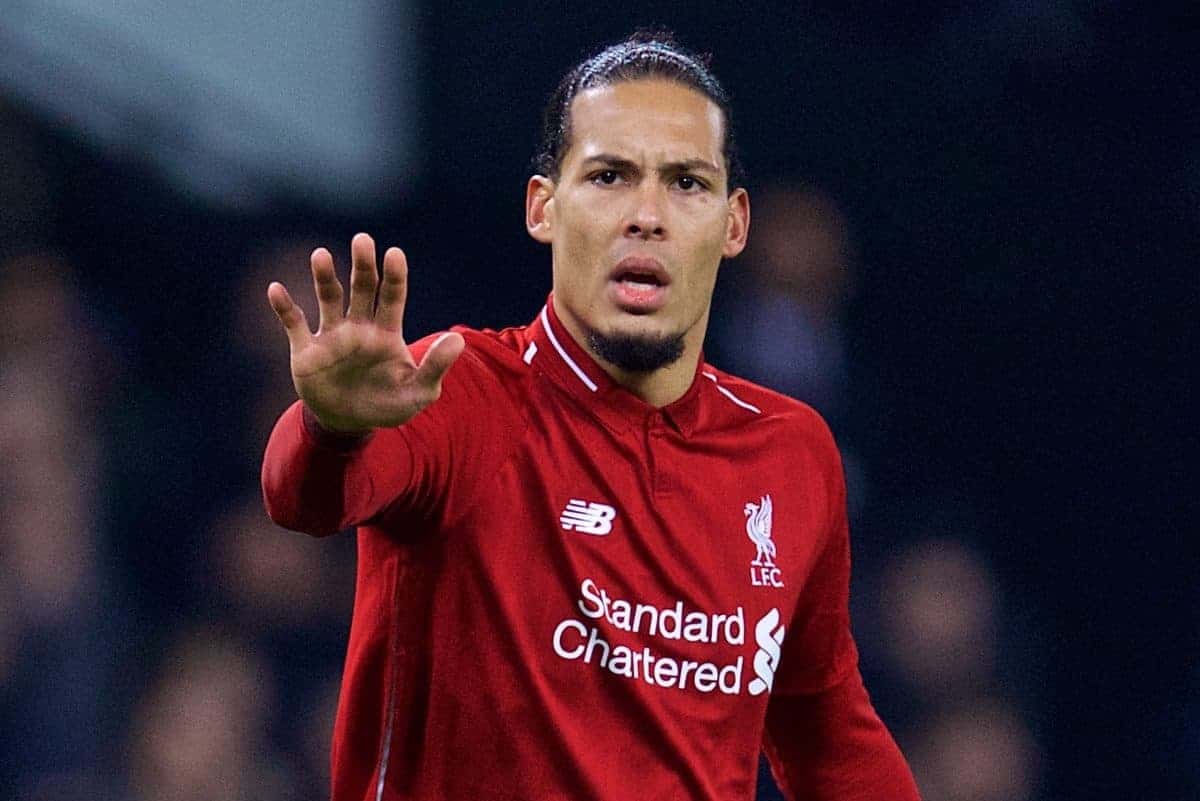 Virgil van Dijk is considered a doubt for Liverpool’s upcoming Premier League clash with Leicester City, which could be the first he has missed in exactly a year.

The Reds welcome the Foxes to Anfield on Wednesday night, as they return to action after a lengthy break that saw them travel to Dubai.

Their time in the UAE was brief, but the benefits could be significant, with the aim being to return reinvigorated in order to end the season as champions.

Leicester are their next challengers, but arrive on Merseyside having lost four of their last five games, including a run of three consecutive defeats to Newport County, Southampton and Wolves.

Claude Puel will be looking to take advantage of a depleted Liverpool side, however, with Joe Gomez, Trent Alexander-Arnold and Gini Wijnaldum all battling injuries and James Milner suspended.

Now, it appears as though Van Dijk could be added to that list, with the Liverpool Echo reporting that the Dutchman is struggling with illness.

Van Dijk was absent from the first training session back at Melwood on Friday, and is yet to make his return, missing the last four days.

And “unless he’s given the green light to train on Tuesday then he’s unlikely to feature.”

The last league game the 27-year-old sat out was the 3-0 win at Huddersfield on January 30 last year, starting every fixture since and playing the full 90 in all but one.

His absence would likely see Dejan Lovren, who is back from a hamstring injury, partner Joel Matip, though Fabinho is also an option.

Fabinho, however, could be needed to start at right-back, with Klopp forced to decide between him or the inexperienced Rafa Camacho, guaranteeing a makeshift back line either way.

Hopefully Van Dijk is fit to take part in full training on Tuesday and continue his record of starting every Premier League game so far this season.

Jurgen Klopp holds his pre-match press conference at 1.30pm on Tuesday where he should update on the Dutchman’s fitness.

Meanwhile, Merseyside is set to be hit by snow on Tuesday meaning training at Melwood could be tricky for the Reds, with the indoor facility not up to standard for pre-match training.