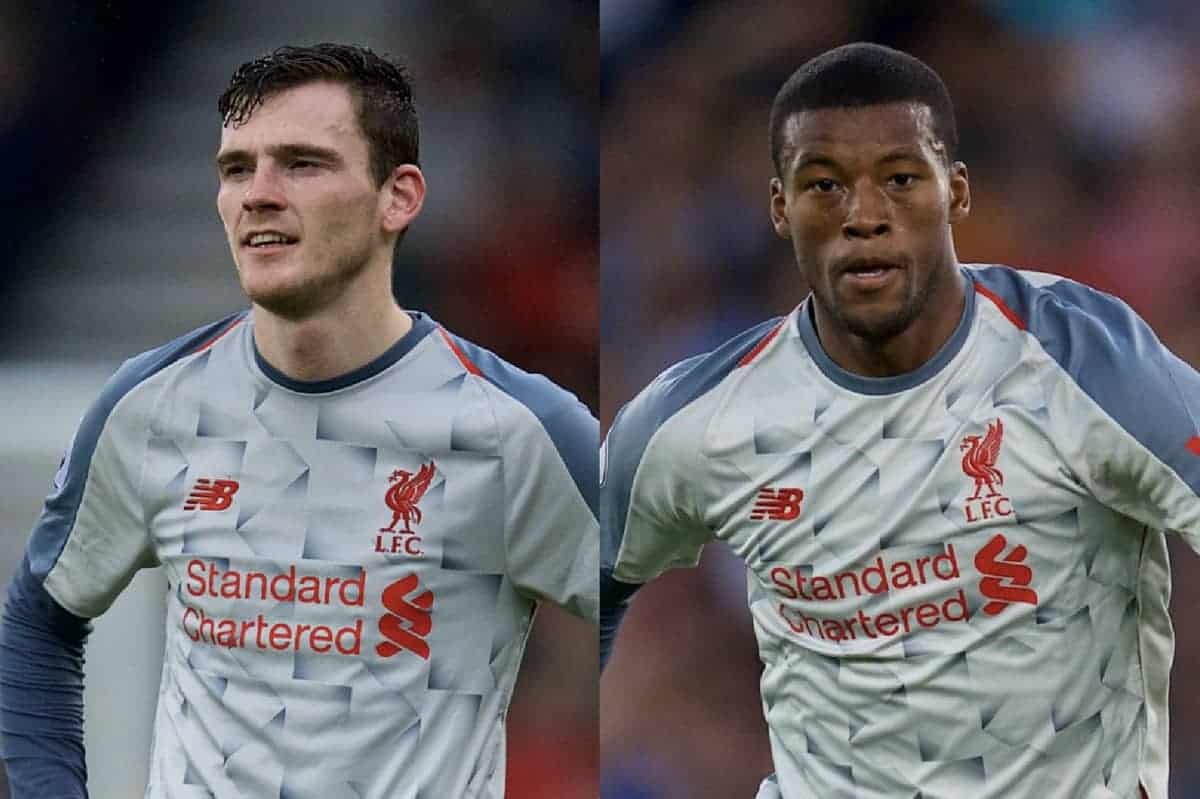 Liverpool struggled to an uninspiring 0-0 draw away to Man United on Sunday but the players remained positive after the final whistle.

The Reds were frustratingly lethargic in a strange game at Old Trafford, as injuries to both sides made for a disjointed affair.

While failing to win meant disappointing dropped points for Jurgen Klopp‘s side, not losing remained the primary objective.

The Old Trafford draw means Liverpool return to the top of the Premier League, taking a one-point advantage over Man City with 11 games to go.

Speaking to LFCTV after the game, Andy Robertson bemoaned Liverpool’s “sloppy” end product, but did still feel a draw at United should not be underestimated:

“I thought we started really well and we had the momentum, we were driving forward, but we just didn’t create great chances.

“We had one or two but we could have had a lot more and then the second half was disappointing for both teams, with not really many chances created and a lot of sloppy passes.

“We kept going right until the end. In the last five to 10 minutes we were the side trying to win it and trying to get the three points—but a point at Old Trafford is never a bad result.”

The left-back returned for the second half with his wrist taped up after a nasty fall under the weight of Romelu Lukaku, and delivered a hopeful update on his injury:

“It’s a bit sore so we’ll see what happens [on Monday]. It feels OK.

“I dealt with it and we’ll see what the results are.” 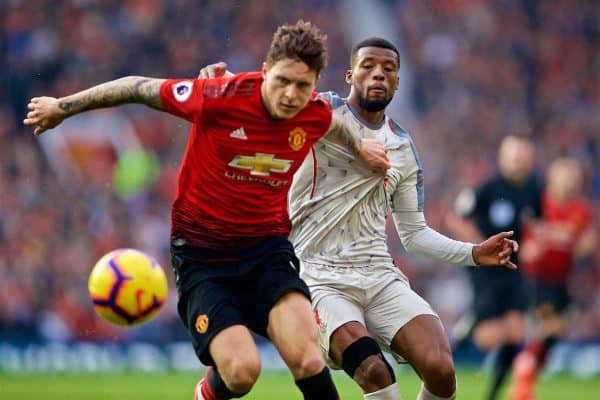 While Robertson stayed on the field, Ander Herrera, Juan Mata, Roberto Firmino and Jesse Lingard were all brought off before the interval, and Gini Wijnaldum told Sky Sports that he felt the Reds’ “rhythm” was affected by these stoppages:

“It was [strange]. The first four substitutions were for injuries, and I think after that it basically broke down our rhythm.

“Before that we played quite well, but after that it was more difficult than in the beginning.

“We wanted to win this game, but unfortunately we didn’t do it.”

And James Milner admitted Liverpool struggled to break down a resolute United outfit—an issue that must be solved in the remaining 11 matches:

“I don’t think we were good enough with our movements, the final ball at times, around the box we didn’t manage to open them up as much as we’d have like.

“They’re a confident team and well organised, but with the players we’ve got we’d have liked to have made more opportunities.

“After every game, when you play for a team like Liverpool, you want to win and we know we can.”

On Instagram, Wijnaldum and Jordan Henderson thanked a vocal away end for their support, on a day when they held their own inside a boisterous Old Trafford:

Could’ve been a better result but we’re taking home a very valuable point against a tough opponent and we’re back at the top of the table. ?? A big thanks to all travelling supporters! ??? #YNWA #MUNLIV

Wanted 3 points but came away with 1. We keep fighting! Thanks for all your support! #YNWA ??

The impressive Virgil van Dijk remained positive, and is now looking towards “another big game” for the Reds:

Not the win we wanted but plenty of positives to take away with us. Now back to Anfield for another big game on Wednesday! ? #YNWA pic.twitter.com/mR53MJmjak

Next up for Klopp’s men is Watford at home on Wednesday night, as they look to stay ahead of City, who host West Ham at the same time.

It is then a small case of the Merseyside derby away to Everton on Sunday, as Liverpool’s local rivals attempt to derail their title bid.