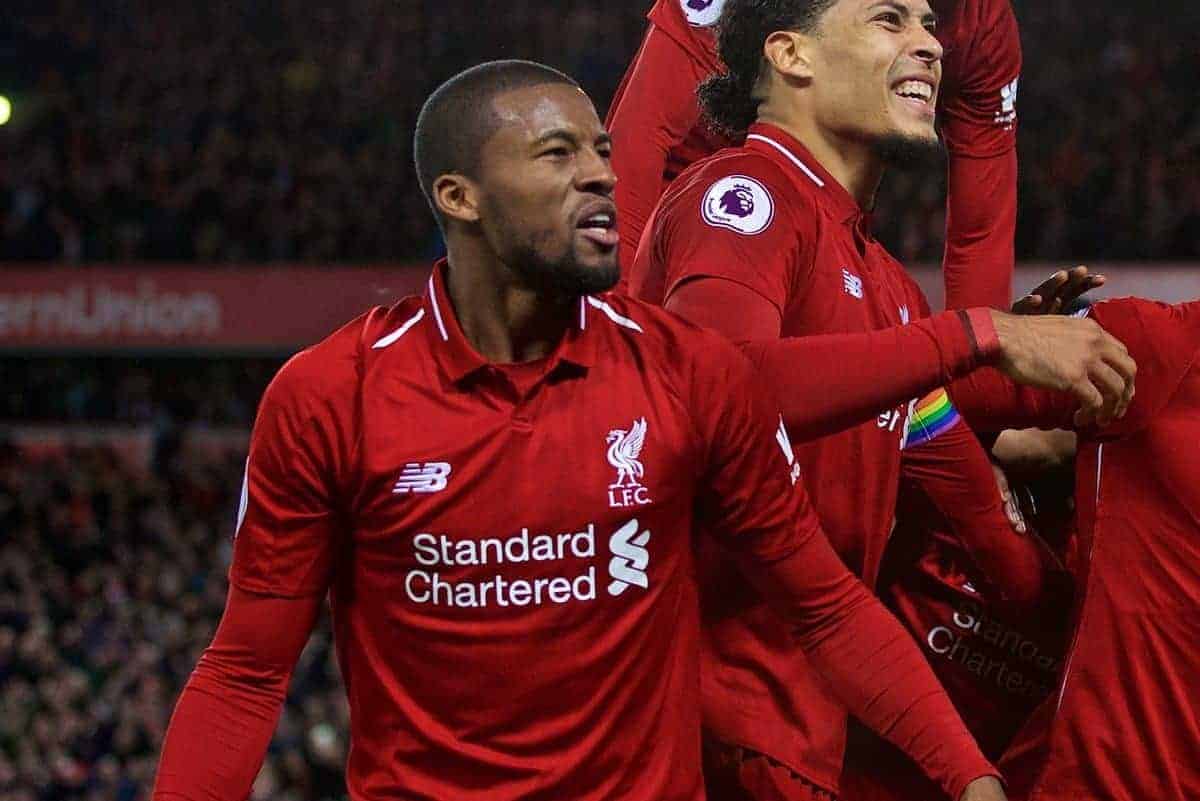 Georginio Wijnaldum insists the Liverpool players never lost their belief in their attacking verve despite growing scrutiny of their struggles.

After four draws in five matches, the Reds returned to top form with their biggest win in almost 12 months with a comprehensive 5-0 demolition of Watford.

It was evidence, if any were needed, that they are still capable of blowing away opponents and provided the shot in the arm fans needed even if Wijnaldum said Jurgen Klopp’s side never doubted their abilities.

“To be fair, I always have that feeling that it will click but in some games it clicks better than others,” said the Holland midfielder.

“Against Watford it clicked well. Sunday it didn’t so well, we started well but didn’t finish the game good.

“The belief is always there. We just have to make sure that it does click.”

Victory kept Liverpool one point ahead of Manchester City and top of the Premier League with 10 matches remaining.

They now head to Goodison Park for the Merseyside derby on Sunday, by which time they may have been overtaken by City who go to Bournemouth 24 hours earlier.

Everton eased some of the growing pressure on manager Marco Silva with Tuesday’s 3-0 win over a poor Cardiff side, only their fourth league victory since their added-time defeat at Anfield on December 2. 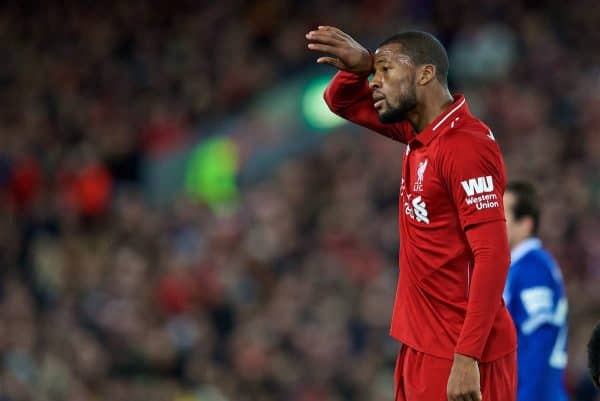 Despite the Toffees’ poor run, Wijnaldum does not expect an easy time when they make the short trip across Stanley Park.

“I expect it’s going to be a big fight. It was a good game last time we played them. They were really good, better than all the times I’d played them before,” he said.

“I don’t expect them to be less motivated than they were before. I think it’s going to be a difficult game.

“Every game is different. They can have a bad run and something can change and make them good again.”

The Dutchman is relishing the hostile welcome they are assured on Sunday.

“Yeah, it’s nice. You use it to spur you on. It’s great to win there. My first year we won there,” he added.

“In the derby, their fans expect a lot from the players, they will support the players on the pitch.

“I don’t think the last couple of games count, because of the atmosphere, the fans, the way everyone hypes this game.

“It’s a totally different atmosphere to a normal game, but we go there to play football and to hopefully enjoy it.”