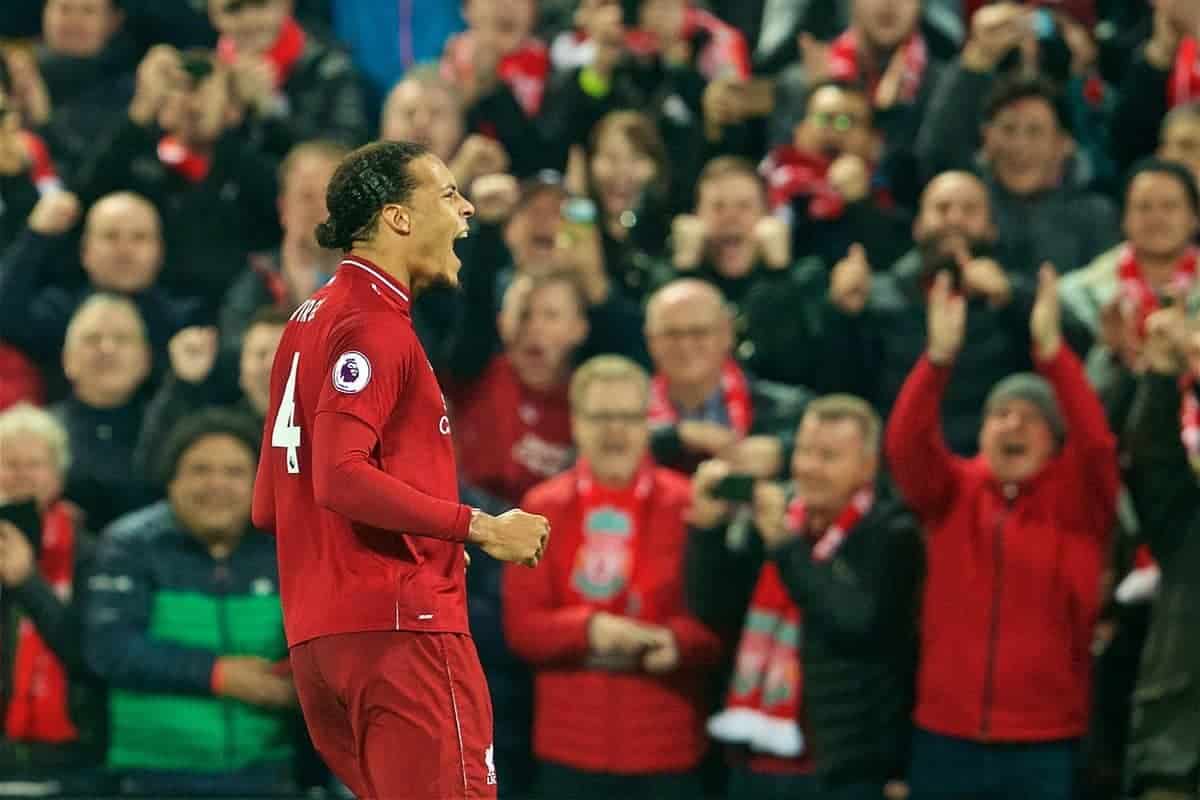 Liverpool answered their critics emphatically as they kept their place at the top of the Premier League with a 5-0 victory over Watford on Wednesday night.

Following their perceived setback at Man United, the Reds were back in league action against another side harbouring hopes of European qualification, taking on Watford.

Jurgen Klopp made two changes to his side, with Trent Alexander-Arnold returning at right-back, at the expense of Jordan Henderson as James Milner moved into midfield, and Divock Origi taking the injured Roberto Firmino‘s place in attack.

The inclusion of Origi, in only his third start of the campaign, was a bold call from Klopp, who has been alternating between the Belgian and Daniel Sturridge as backup striker of late.

It was a night that required a big performance from Liverpool’s front line, after back-to-back 0-0 draws, and they didn’t disappoint as the hosts produced a phenomenal display. 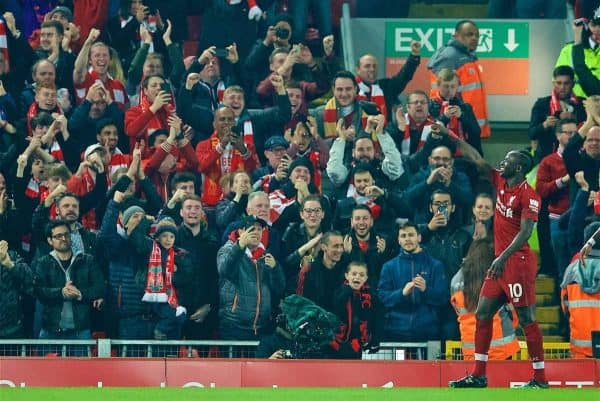 Klopp sprang a surprise with his setup, as Origi stationed himself on the left, with Mohamed Salah on the right and Sadio Mane serving as centre-forward from kickoff, likely in a bid to wrong-foot an expectedly rigid Watford.

It took just nine minutes for this tactical tweak to pay off, as Mane darted between the visitors’ centre-backs to head home Alexander-Arnold’s stunning cross from the right.

Soon after it was same provider, same goalscorer as Trent found our No. 10 in the penalty area and, after a difficult first touch, Mane lifted it over the advancing Ben Foster with an incredible backheeled finish for 2-0.

Salah, hungry for his 50th league goal for Liverpool, stung Foster’s palms with a venomous strike cutting inside, before a surging run to latch onto a lofted pass saw him hit the post.

A brilliant move saw Andy Robertson look to lay the hat-trick on for Mane, but his one-touch cross evaded the Senegalese, with the Reds left to settle for a two-goal lead at the break. 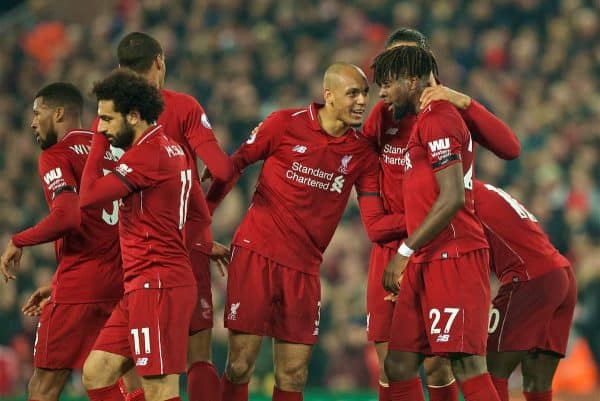 The second half began in very much the same vein, with Salah particularly dangerous as he peeled off the shoulder of hapless left-back Adam Masina, again almost beating Foster at his near post.

Mane had a great chance for his treble on the turn in the box, but Craig Cathcart made a vital block, before Origi repaid Klopp’s faith as he cut in from the left, drifting past a host of Watford defenders to hammer low past Foster to make it 3-0.

Alisson was drawn into a rare, but brilliant, save to keep out substitute Andre Gray, before Klopp ended Mane’s hopes of a hat-trick as he sent on Adam Lallana in the striker’s place—remarkably, in a like-for-like swap.

That wasn’t the end of the scoring for Liverpool, though, and their fourth came through an unlikely source in Virgil van Dijk, who headed home Alexander-Arnold’s perfect free-kick; the right-back notching a hat-trick of assists.

Amazingly, Van Dijk scored another minutes later, with another header this time coming from Robertson’s cross from the left, with the Dutchman having only scored twice in his previous 55 games for the club.

The final whistle rang and Anfield erupted, with the stadium witnessing Liverpool’s third straight 5-0 win over Watford on home soil.