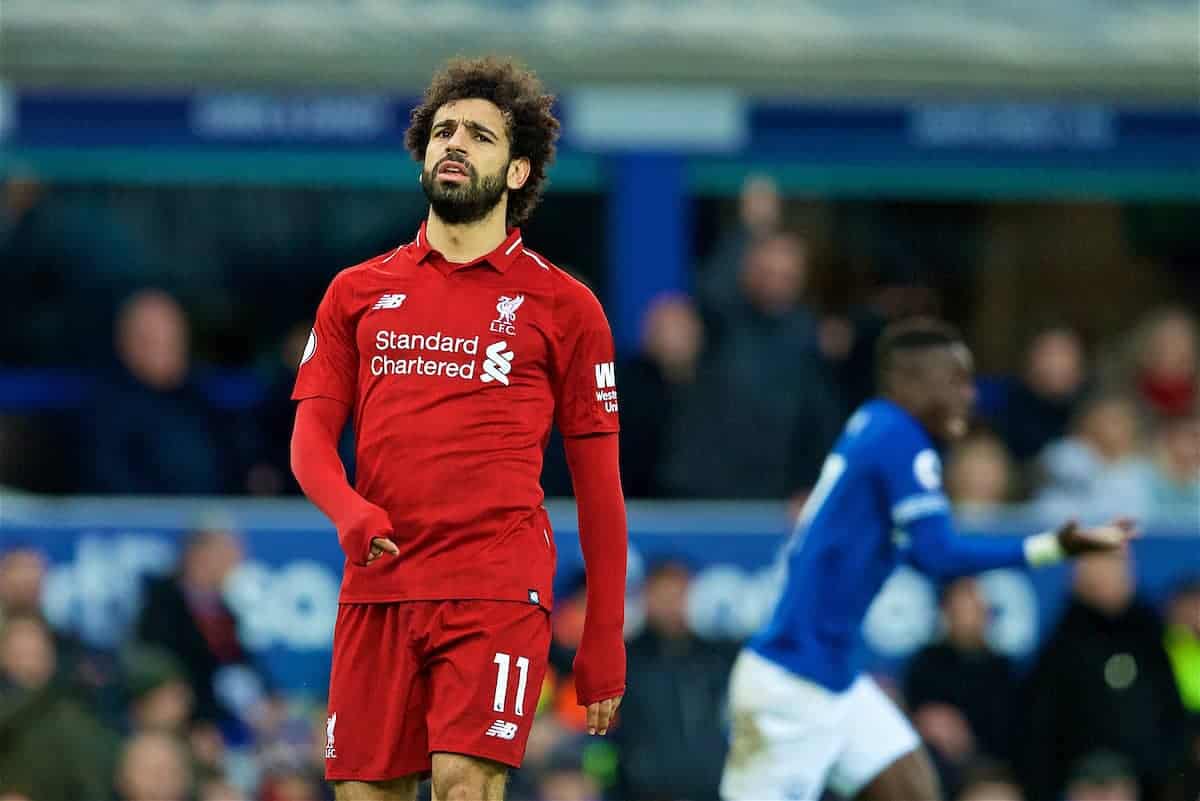 Liverpool wasted their chance to return to the top of the Premier League as a misfiring attack saw them held to a 0-0 draw at Everton on Sunday afternoon.

The Reds headed into the 233rd Merseyside derby buoyed by a fantastic 5-0 win over Watford in midweek, and Klopp avoided making too many changes to his side from that night at Anfield.

In fact, only one player came in as Jordan Henderson replaced James Milner who is nursing a minor hamstring problem, and they took to the field in the same 4-3-3 setup, with Sadio Mane the central striker.

A fierce atmosphere welcomed the two teams onto the pitch, and with Liverpool needing three points go back to the top of the table it proved influential as Everton held their city rivals to a disappointing draw.

As expected, it took time for the game to settle, with the ball darting around as tackles flew in early on, with Theo Walcott the first to deservedly pick up a yellow card for a cynical challenge on Divock Origi.

Henderson was our star man in the opening stages, and the captain almost picked out Mohamed Salah with a sumptuous raking pass, but Seamus Coleman did well to keep the Egyptian quiet.

Salah had a brilliant opportunity as Fabinho found him in space on the right flank, but his touch let him down and Jordan Pickford was able to make the save.

It was certainly the No. 11 who was involved most of the front three, and he improved as the half went on and his confidence grew up against Lucas Digne, almost teeing up Gini Wijnaldum after twisting into position in the box.

But as the half-time whistle blew Klopp was left mulling over ways to change the game, with the two sides heading into them dressing rooms at 0-0. 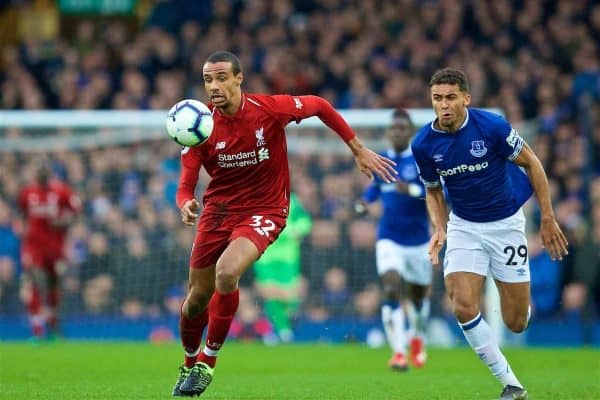 An agile save from Alisson set up a swift Reds counter-attack shortly after kickoff in the second half, but as had often been the case in the 45 minutes prior an Everton foul sapped the momentum out of the move.

A brilliant run from Joel Matip eventually saw Salah through on goal, but Michael Keane made a last-ditch challenge to thwart the off-colour forward.

Both managers made changes on the hour mark, with Richarlison taking Walcott’s place for the hosts and both Milner and Roberto Firmino coming on for Wijnaldum and Origi, and Mane moved back out wide to accommodate the returning No. 9.

Virgil van Dijk‘s knockdown gave Fabinho a great chance in the six-yard box, but the midfielder stumbled with his first touch and the resulting scramble saw the ball evade Pickford’s goal.

Adam Lallana was Klopp’s third substitute of the afternoon, leaving Naby Keita, Xherdan Shaqiri and Daniel Sturridge on the bench, which proved a bemusing decision as Liverpool limped to a draw in the derby.