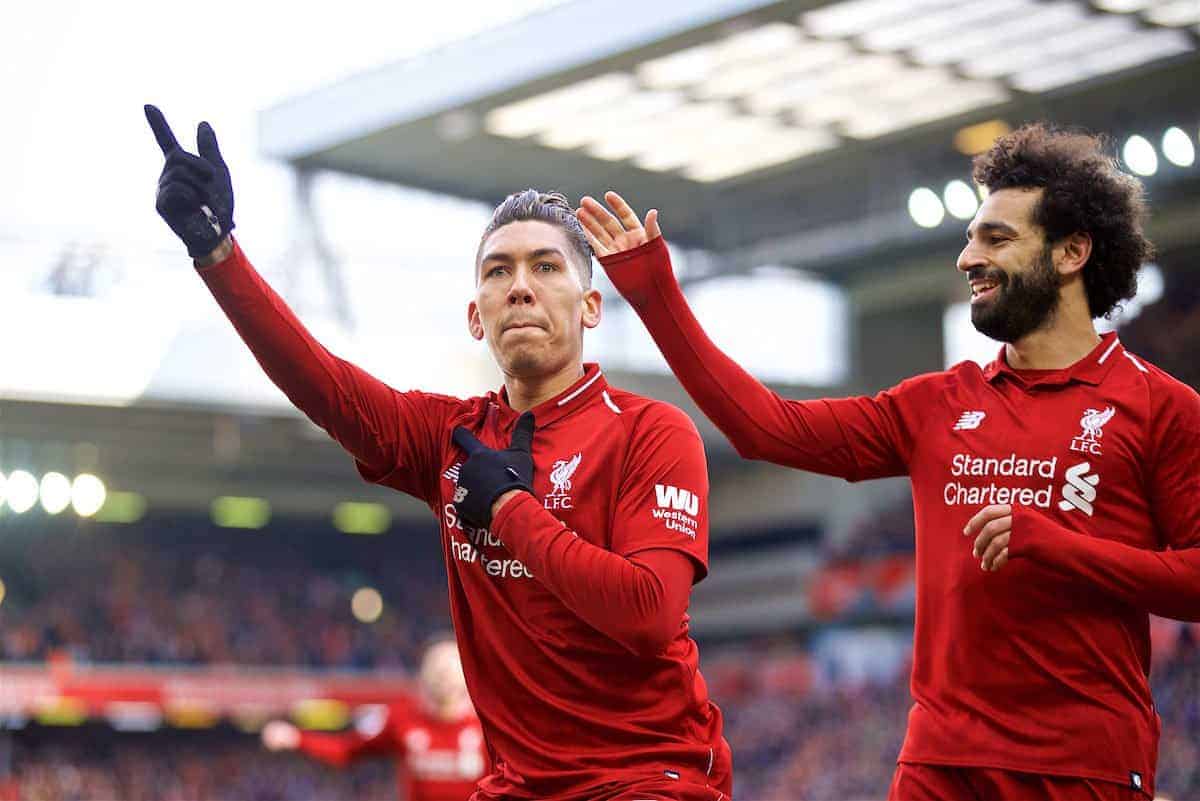 A terrible referee decision gave Burnley an early lead, but Liverpool remained calm and worked towards a deserved three points .

An early kick-off at Anfield saw a surprise start for Adam Lallana, with Roberto Firmino also returning to the starting XI after the 0-0 draw in the Merseyside derby last time out.

Heavy rain pre-match cleared to leave sunny skies at Anfield, but there were still strong winds and Burnley would clearly enjoy such conditions.

Whether the wind was a factor in the opening goal is hard to say, but Ashley Westwood’s corner in the sixth minute looped in and referee Andre Marriner allowed it despite a clear foul on Alisson in the box.

The goal for the visitors, though, only arrived after a needless header from Joel Matip gifted them a corner. But on a weekend that saw the Premier League plagued by poor decisions, this was certainly one of them.

The pattern of the game was set, with poor officiating and Burnley‘s typical style frustrating in the opening stages.

But Liverpool drew level after 20 minutes, a lovely run from Mohamed Salah down the right ended with Roberto Firmino tapping in from close range – with James Tarkowski, who had fouled Alisson at the other end, slipping as he attempted to clear the ball.

And the Reds were ahead on the half-hour mark, with Sadio Mane converting to score in the sixth consecutive league game at Anfield. 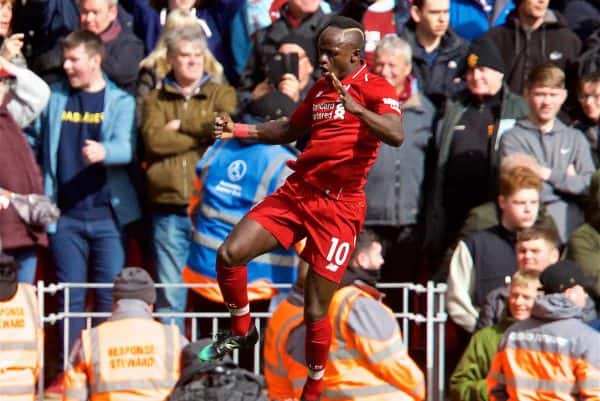 The Senegalese forward produced a composed finish after a superb block by Lallana saw the ball fall initially for Salah and then perfectly for Mane from Tarkowski’s tackle.

Liverpool were buoyant and Burnley created little, with the first 45 being played out in all weather at Anfield.

Sunshine returned at half-time and Liverpool continued to dominate.

Salah, still searching for his 50th Premier League goal for Liverpool, received the ball at his feet near the halfway after a poor goal kick from Tom Heaton, but the Egyptian wasn’t able to finish – the tackle on him by Charlie Taylor, though, fell for Firmino to place home for his second of the game.

At the other end of the pitch, Virgil van Dijk was continuing to make defending look effortless and continually won his individual battles against Burnley‘s workmen-like front two.

Liverpool had more chances, with Mane somehow hitting the bar from a good low cross from Trent, and then Andy Robertson seeing a shot blocked after the Reds broke four vs. three.

Then in stoppage time Burnley got a goal back through substitute Johann Berg Gudmundsson, finishing from close range at the back post and it looked like being a nervy ending.

Liverpool though made it a two-goal cushion again almost immediately, with Mane finishing for his 50th league goal for the club.

The victory keeps Klopp’s side a point behind Man City at the top of the Premier League, with a trip to Munich in midweek followed by an away game at Fulham next Sunday before the international break.