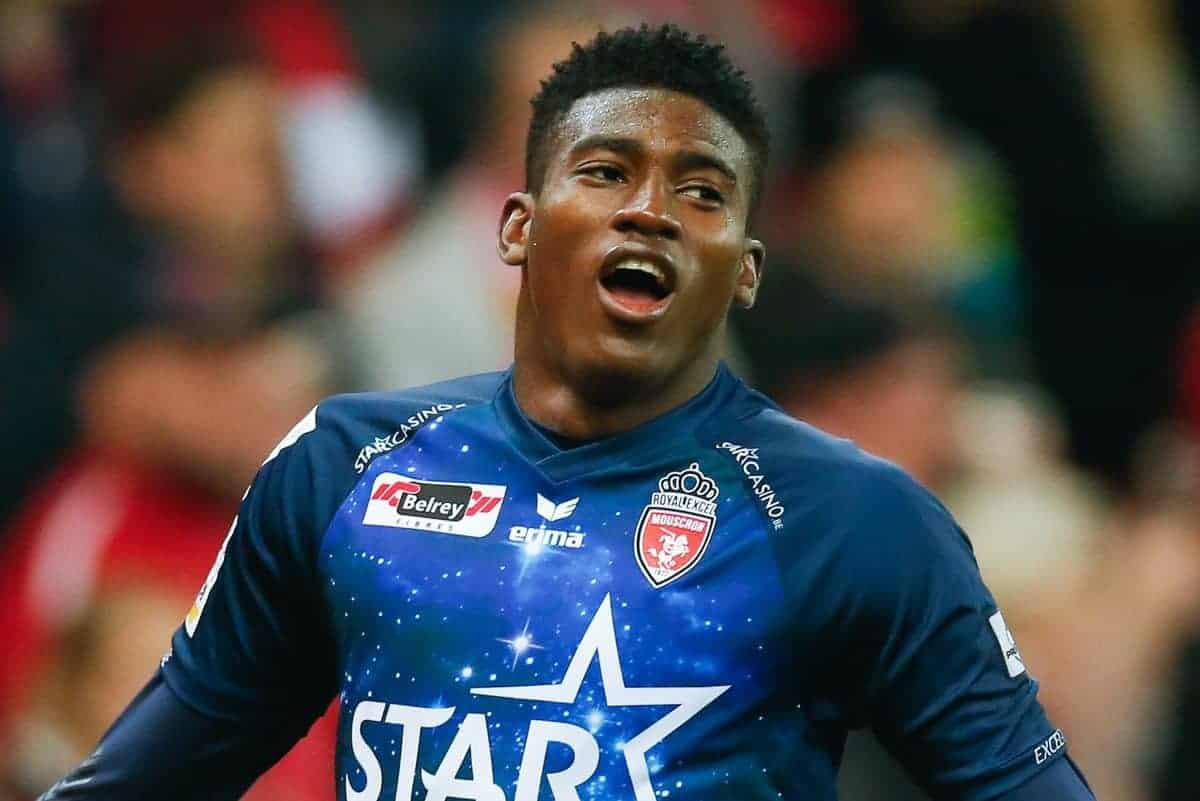 Liverpool could sell striker Taiwo Awoniyi at the end of the season, with any potential fee for the Nigerian securing a profit of at least £12.5 million.

Awoniyi has been unable to feature for the Reds since joining from the Imperial Soccer Academy in 2015, having been deemed ineligible for a UK work permit.

The 21-year-old has barely been on Merseyside in the past four years, but signed a new five-year contract with the club last summer, before joining KAA Gent on loan.

His spell with Gent ended early in January, and now Awoniyi has scored six goals and assisted a further two in seven games back at Royal Excel Mouscron.

While this has sparked hopes he could eventually qualify to play in the Premier League, his omission from the latest Nigeria squad has underlined the difficulty he faces, which would only increase after Brexit.

Now, according to the Liverpool Echo, Awoniyi could now be set to leave the Reds on a permanent basis at the end of the campaign.

Bundesliga side Schalke have reportedly enquired as to the striker’s availability, with Liverpool said to value him at around €15 million (£12.9 million).

Though the club are also open to another loan move for Awoniyi next term, and likely in either the Champions League or Europa League, there is a strong possibility he could move on.

If that is the case, with Liverpool having only paid £400,000 for his services, this would represent a profit of £12.5 million.

The Echo claim the Reds are “expecting plenty of interest,” including from Jurgen Klopp‘s former side Mainz and clubs in France and Belgium, the latter likely including Mouscron.

Goal‘s Neil Jones names Metz, Nice, Toulouse, Club Brugge and Hertha Berlin as interested parties, though he ‘values’ the youngster at £10 million, which would still be a big profit.

A perhaps cynical view would be that Awoniyi was primarily signed to eventually sell for a significant fee, given the slim prospect of him securing a work permit since joining.

Whether that was the motive will remain unclear, but another player in a similar position, Allan Rodrigues, could also leave after his loan spell with Fluminense.