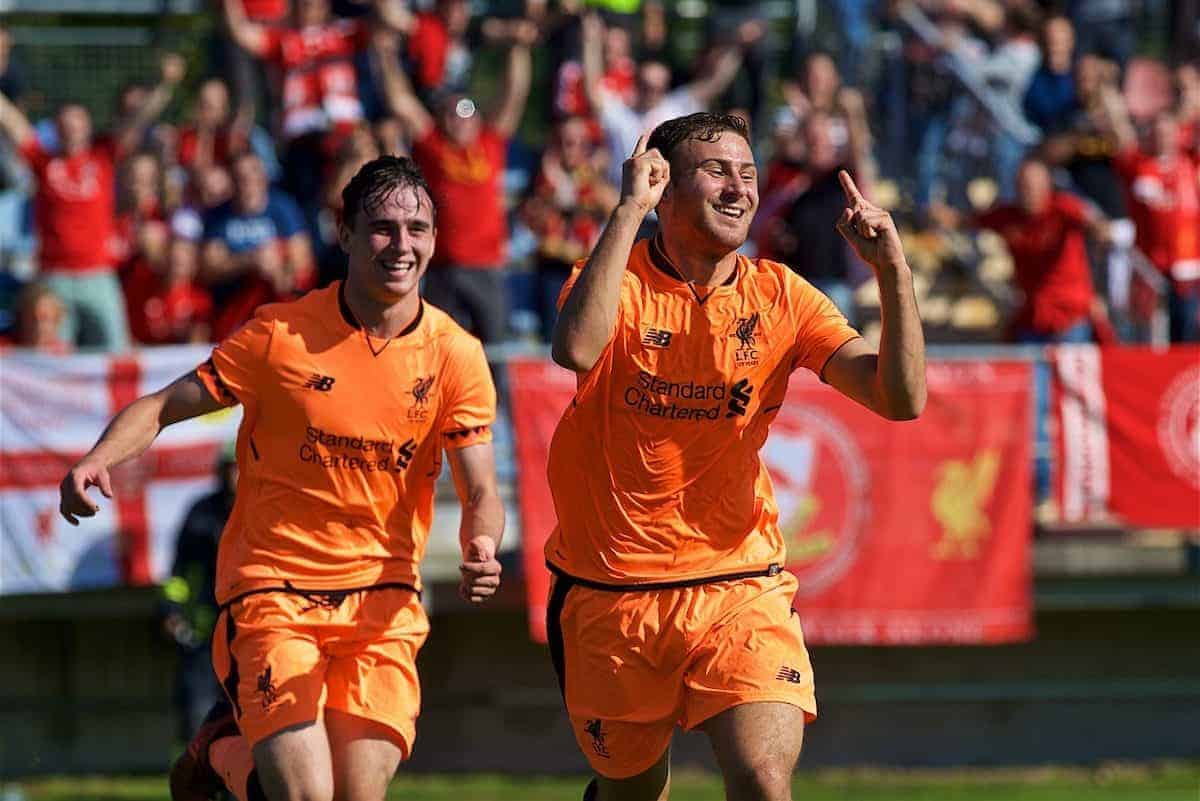 Liverpool midfielder Herbie Kane could have played his last game on loan at Doncaster Rovers, with their fans’ reactions proving how big an impact he made.

Kane initially joined the Dons on a half-season deal last summer, but after signing a new long-term contract with his parent club extended his spell at the Keepmoat until the end of the campaign.

This was considered excellent news for the League One side, with the 20-year-old swiftly taking up a key role in Grant McCann’s midfield, scoring seven and assisting nine in 41 games.

But persistent groin injuries forced McCann to manage Kane’s minutes in recent weeks, and now it has emerged that a new issue could see him miss the rest of the season.

Speaking after his side’s 4-0 defeat to Luton Town on Saturday, the manager detailed his No. 15’s injury, which is set to keep him sidelined for “about six weeks.”

“Herbie has done a different part of his groin. He’s got a 10cm tear in his groin,” McCann explained.

Doncaster have eight games remaining of the regular League One season, with their last chance to seal a place in the promotion playoffs coming on May 4—in six weeks’ time.

They are currently a point off sixth-placed Peterborough with a game in hand, but also tied on points with Blackpool in eighth and Coventry in ninth.

McCann’s side have not won in their last eight, and without Kane and fellow midfielder Ben Whiteman—who have scored or assisted 20 of Doncaster’s 61 goals in the league—their hopes are diminishing.

This was certainly reflected in supporters’ reaction to the news of Kane’s injury, which is the latest in a series of setbacks in his young career so far.

Responding to the Doncaster Free Press‘ Liam Hoden after he relayed the news on Twitter, a common theme for Doncaster fans was that their chances of securing a playoff place are fading:

See ya playoffs been a nice ride

That’s it then playoffs have gone and we will finish midtable. Our strikers and defenders will look poor with a bang average midfield.

Season over then. We have no quality to cover our best two players

Season over! Least we aren’t going down

If Kane will miss the remainder of the campaign, it is likely he will return to Melwood to undergo his rehabilitation, as he sets his sights on impressing Jurgen Klopp in pre-season.

“I don’t make any secret. I want to catch the Liverpool manager’s eye,” he told Goal‘s Neil Jones in February.

“I want to leave a footprint with this loan spell and give him something to think about come the summer.

“I want to be in his eyeline, maybe try to get on the pre-season tour, get an opportunity there and see what I can do.”

While this injury won’t aid his chances, Kane should already have done enough over the past eight months to catch Klopp’s eye.

His mature displays in League One, at just 20, suggest he could have a top-flight future.