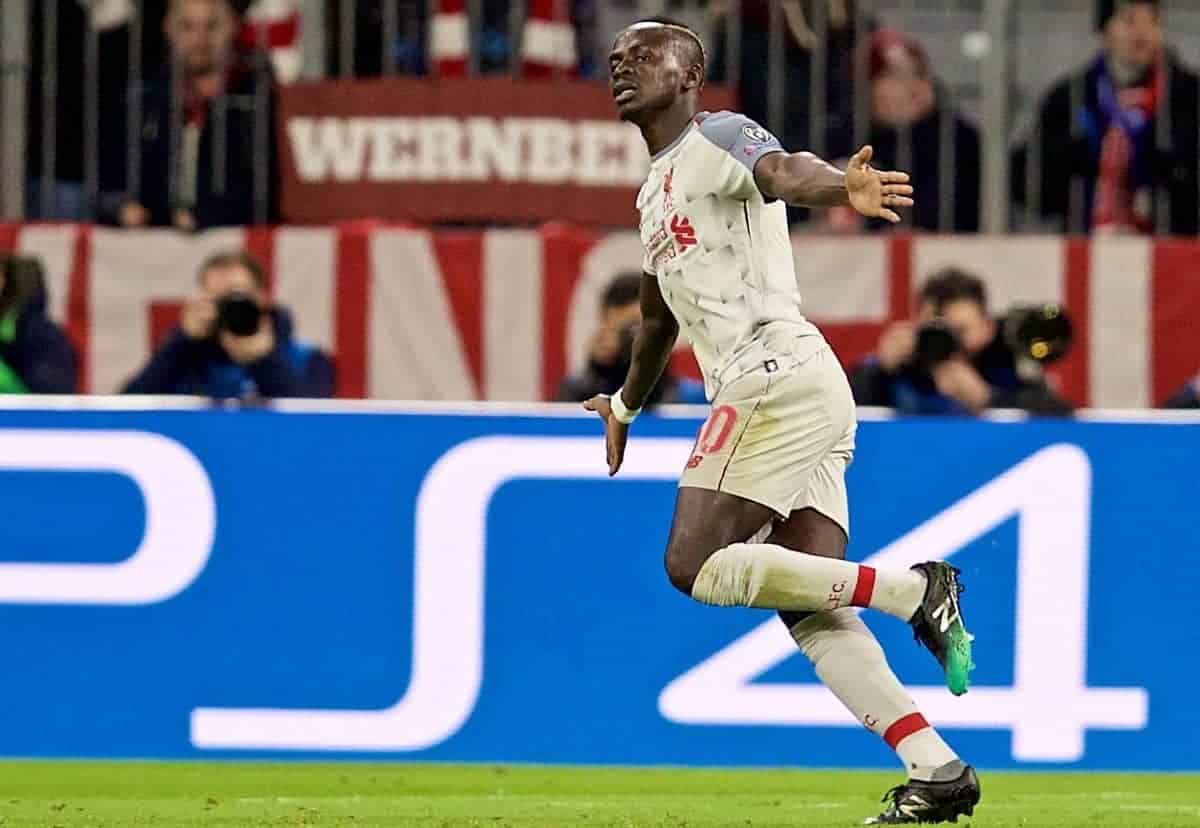 Liverpool have confirmed their place in the Champions League quarter-finals, following an excellent 3-1 win at Bayern Munich.

Jurgen Klopp‘s side took a 0-0 draw with them to the Allianz Arena on Wednesday evening, with the tie on a knife-edge.

A string of below-par away performances in big matches left a lot of supporters feeling pessimistic ahead of kickoff, but the Reds passed with flying colours.

An extremely cagey opening to proceedings suddenly sprung into life when Sadio Mane produced a piece of individual genius, chipping the ball into an open net after a stunning first touch and dummy on Manuel Neuer.

Liverpool’s lead was swiftly cancelled out, however, as Joel Matip fired into his own net with Robert Lewandowski lurking to tap home.

Rather than panic like past Reds sides under Klopp may have done, the visitors remained in control, with Alisson largely a spectator throughout.

With the tie still finely poised, Virgil van Dijk bulleted a header past Neuer midway through the second half, almost putting the Reds out of sight.

It was left to man-of-the-moment Mane to seal the win, heading home late on after a wonderful cross from Mohamed Salah.

The quarter-finals now await Liverpool and Klopp will have every faith in his team going one better than last season’s final defeat to Real Madrid.

The draw takes place on Friday, with the Reds either coming up against Man City, Man United, Tottenham, Juventus, Barcelona, Ajax or Porto.

It was a memorable Champions League night, reminding us once again how special this Liverpool team is.