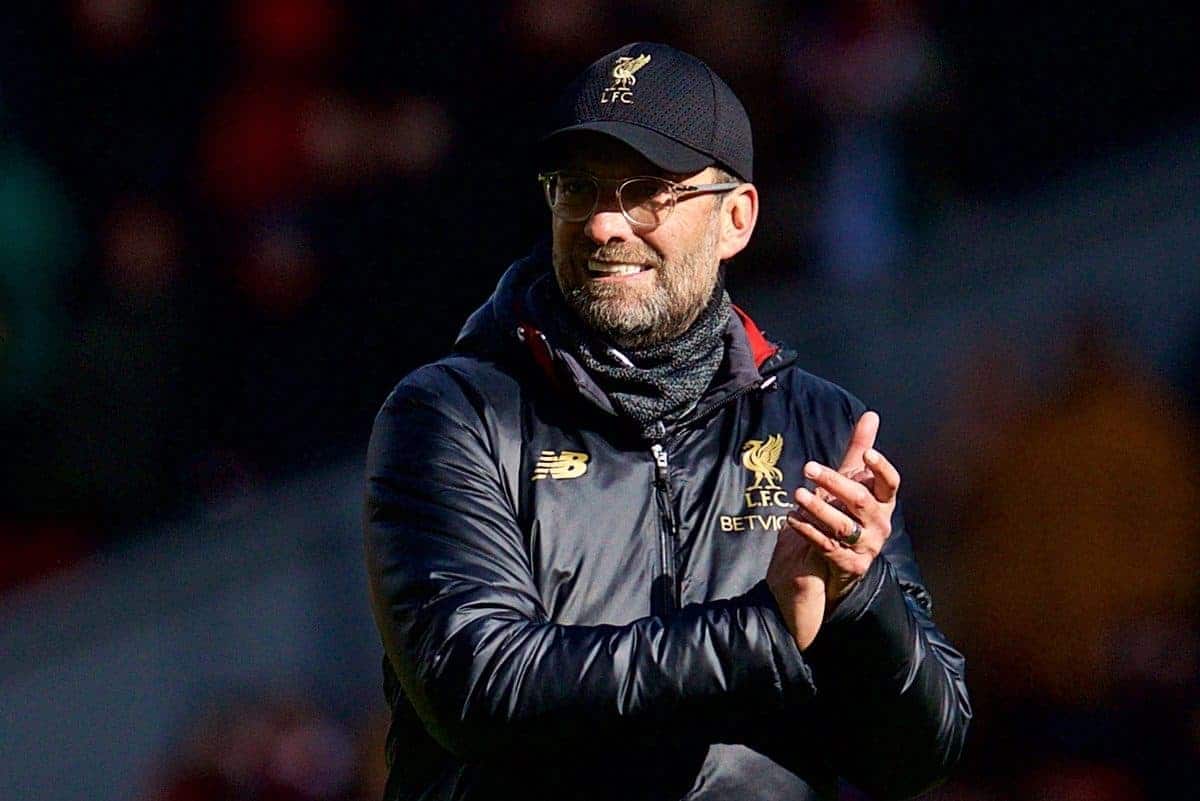 Jurgen Klopp is not taking Porto for granted for a second, after Liverpool were drawn against them in the Champions League quarter-finals.

The draw took place on Friday morning, with the Reds handed a repeat of last season’s last-16 clash with the Portuguese giants.

Klopp’s men ran out 5-0 winners on aggregate on that occasion and they will be strong favourites to progress again this time around.

Realistically, the draw could not have gone much better for Liverpool, who have been pitted against arguably the weakest team left in the competition.

Klopp is under no illusions about the threat Porto will still pose, however, telling LiverpoolFC.com he knows exactly how tough it will be for his side to make it into the quarters:

“What can I say? It’s Porto and we’ve played there already and we know how good we had to be last year.

“I could not be further away from thinking it’s the best draw because it isn’t – it is just the draw, it’s the opponent we have to prepare for and that’s all we will be thinking about from when we start preparing for the game.

“We have a specialist for Porto in our own team in Pep Lijnders being there in the past – and he always speaks with so much respect for that club.

“We will have plenty of information and that’s what you need before a game, but you still have to play it. Now we know it, let’s prepare.”

An intriguing set of fixtures will take place in April, with Liverpool’s tie possibly the least high-profile of the four.

Juventus will take on young hopefuls Ajax, Tottenham and Man City square off in a mouthwatering all-Premier League meeting and Man United face a Barcelona side containing Luis Suarez and Philippe Coutinho.

Should the Reds make it through, they will take on the winners of the United-Barca tie, with either of those teams ensuring a memorable semi-final takes place.

The Reds still have plenty of work to do before then, though, and underestimating Porto would be a grave error.