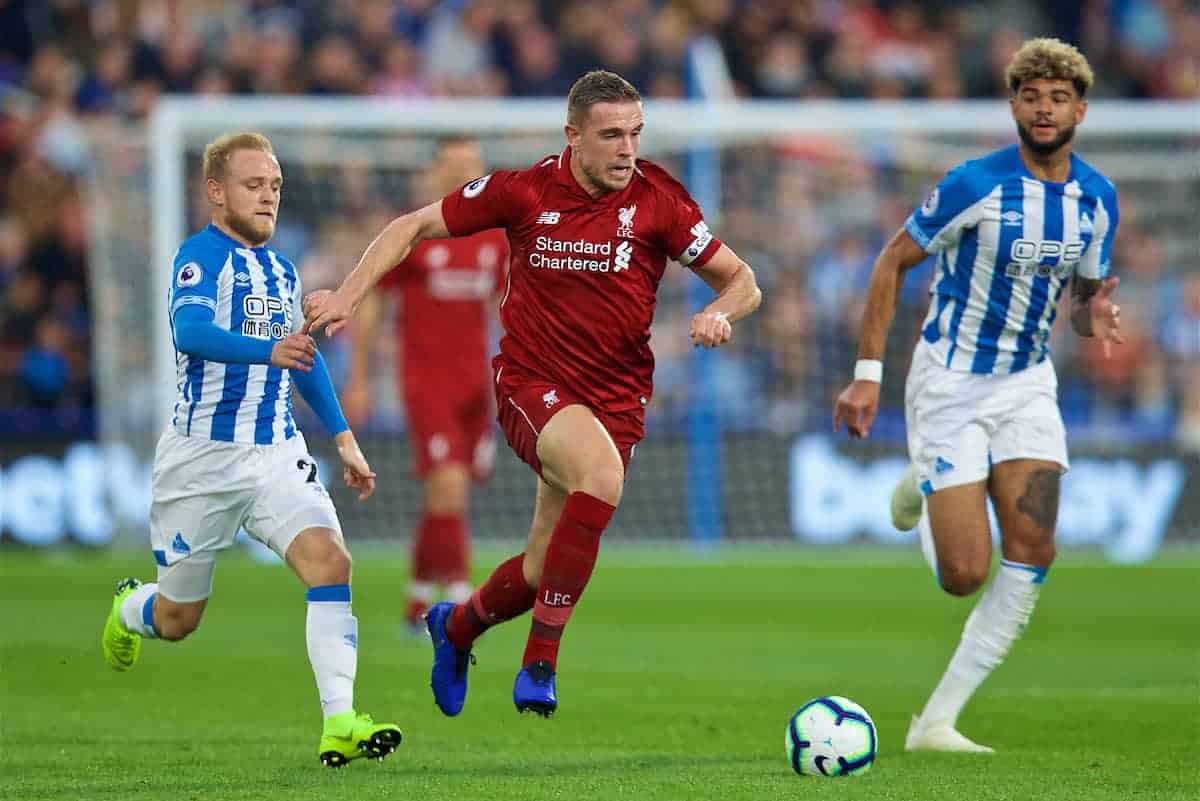 Liverpool host already-relegated Huddersfield on Friday evening, in what on paper represents their most straightforward Premier League game of the season so far.

The Reds have been in wonderful form of late, winning nine matches in a row in all competitions and managing to stay in touch with an unstoppable Man City side.

Hoping for a favour from Man United on Wednesday night always felt like wishful thinking and so it proved, with City returning to the top of the table after a 2-0 victory.

It means Liverpool are one point adrift of the champions ahead of the visit of Huddersfield, who are now simply playing for pride.

The Terriers have suffered a horrible campaign, picking up just 14 points from 35 matches—an enormous 74 points fewer than Jurgen Klopp‘s side.

Without tempting fate, this should be one of Liverpool’s most straightforward outings of 2018/19, with their quality vastly superior and the importance of the game far greater for the Reds than for their opponents. 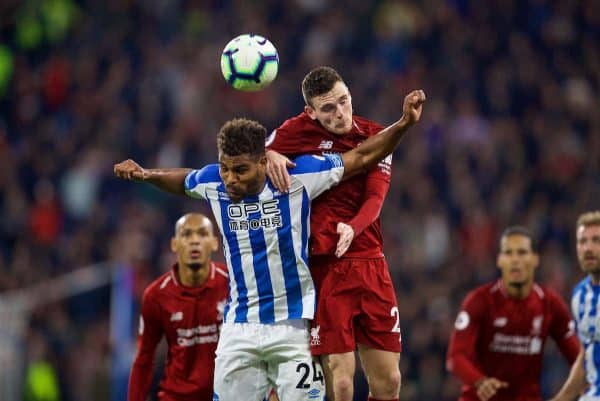 Stranger things have happened though, and the Reds must remain switched-on and professional in a game they will dominate possession-wise.

There is even the small chance of goal difference playing a part in the title race, which could be at the back of Klopp’s mind.

Three points are essential at Anfield, and while changes may be made with the trip to Barcelona to come on Wednesday, those who take to the field should come through proceedings successfully.

Ten wins on the bounce would be some achievement at such a pressurised point in the season; all Liverpool can do is keep chipping away and hoping for an unlikely error from City. 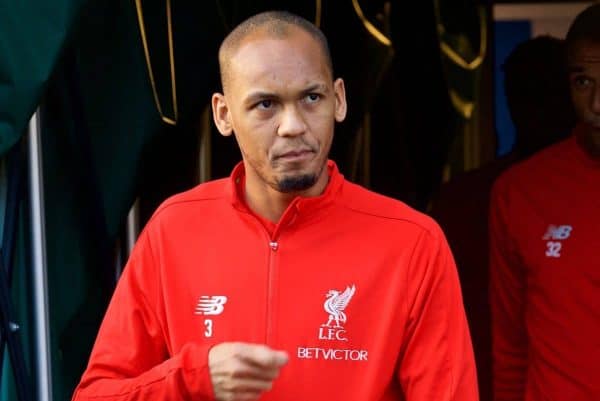 Fabinho remains a fitness concern for Klopp after leaving the pitch with a head injury at Cardiff, but the Brazilian may still be available for selection.

Dejan Lovren and Adam Lallana could also be back, which would leave Klopp with a fully fit squad, even though Alex Oxlade-Chamberlain and Rhian Brewster likely won’t be part of the matchday group.

With Barcelona to come, there is an opportunity to give Trent Alexander-Arnold or Andy Robertson, or both, a rare breather, should the manager feel the need.

Alexander-Arnold struggled against Cardiff and Joe Gomez is an option to replace him, while James Milner is always capable of slotting in at left-back.

Klopp has strong choices in the middle of the park, with three to choose from out of Fabinho, Jordan Henderson, Gini Wijnaldum, Naby Keita, Milner and Lallana.

The German may again have one eye on Barcelona with regard to his selections, not that Huddersfield should be taken lightly.

Mohamed Salah, Sadio Mane and Roberto Firmino could all start once again, but Xherdan Shaqiri, Divock Origi and Daniel Sturridge will be desperate for playing time.

Last 5 Meetings with Huddersfield (All Competitions) 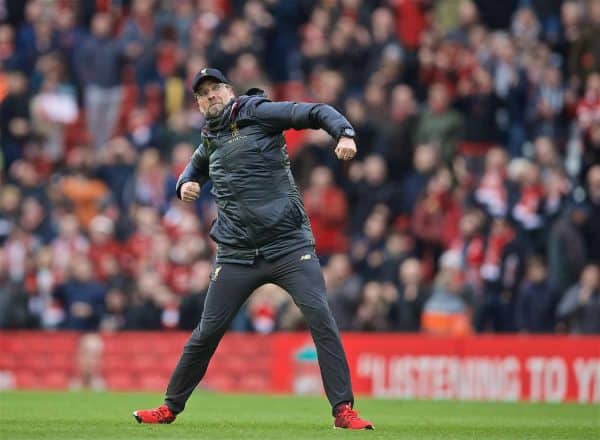 It is now over two years since Liverpool last lost at Anfield in the Premier League.

That was a 2-1 defeat to Crystal Palace on April 23, 2017, which threatened to derail their top-four challenge at the time, but ultimately didn’t.

Since then, the Reds have played 38 times at home in the league, winning 28 of those matches and drawing the other 10.

In fact, the only losses suffered in all competitions in that time were the FA Cup exit at the hands of West Brom last season and Chelsea‘s League Cup victory back in September.

Klopp promised to turn Anfield into a fortress again and he has delivered emphatically.

“We knew if we win our next two games, then the decision will be made on the last match day and that’s pretty special, but for that, we have to win the next two and first we have to win against Huddersfield. That’s what we concentrate on.

“This would probably be the last game that I overthink anything. The situation they are in, the things people think about the game, it’s already enough of bad preparation.

“I will not push that wrong mindset with a strange lineup or whatever, no chance.

“We have enough time to recover after the last game and before the next game. Barcelona has nothing to do with Friday night.”

Liverpool vs. Huddersfield is live on Sky Sports Main Event from 7pm (BST), with kickoff at 8pm.

Chris Williams is in charge of This is Anfield’s matchday live blog from 7.15pm, keeping you entertained before proceedings and providing regular updates throughout the game.