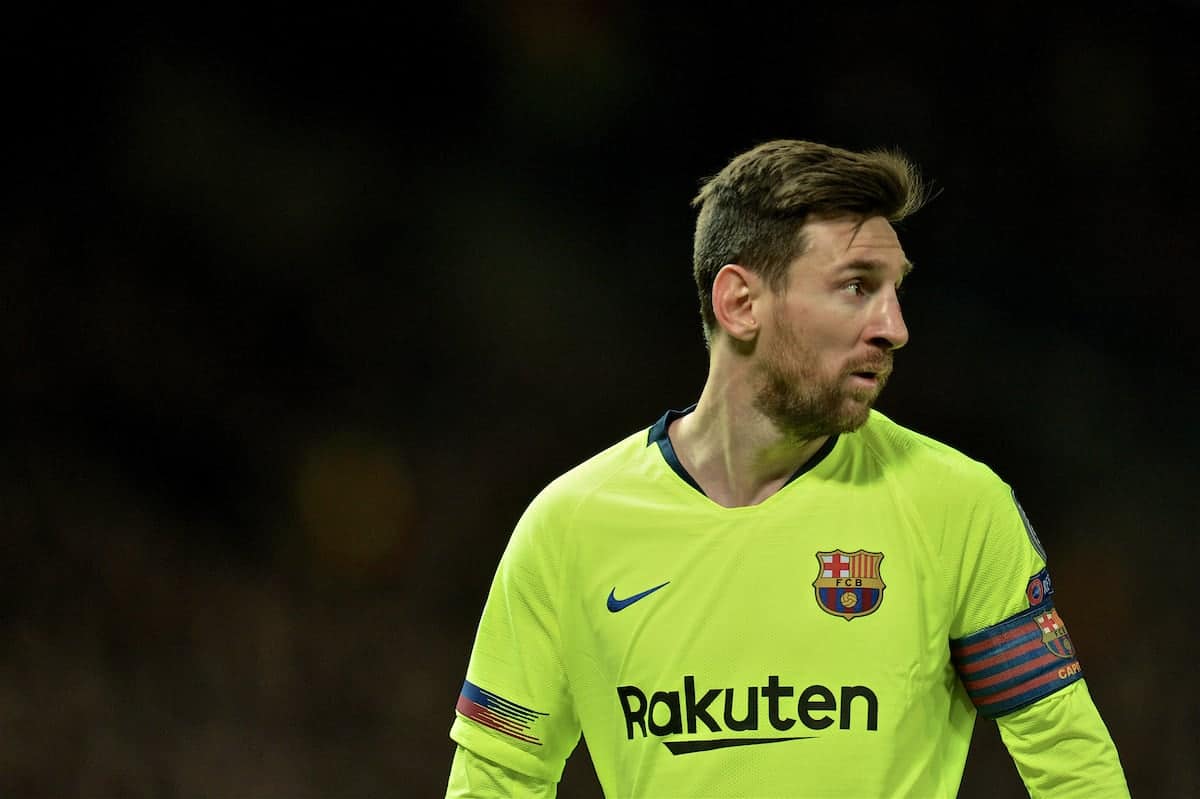 Liverpool’s Champions League semi-final opponents, Barcelona, won the title on Saturday night but they were far from convincing against Levante.

The Catalan side won the title on their 35th match of the season courtesy of a goal from substitute Lionel Messi.

The Argentinian superstar had been named on the bench as manager Ernesto Valverde kept one eye on Wednesday’s first-leg against Liverpool. Sergio Busquets was similarly rested before coming on later in the game.

It meant that former Red Philippe Coutinho lined up on the left of Barca’s attack, with Ousmane Demeble in Messi’s position on the right, and Luis Suarez as the central striker.

Coutinho was replaced by Messi at half-time though, meaning Dembele switched to the left.

And it was Messi who scored the only goal of the game just after the hour, showing quick feet and a composed finish to slot the ball in from 10 yards.

It clinched Barcelona’s fourth title in the last five years.

However, from a Liverpool perspective, there were certainly signs that the Spaniards’ defence in particular has weaknesses and with some more composure in the final third Levante would have equalised late on.

Of course, winning the title now means Barca can rest players in their fixture between the two European legs, when they play away to Celta Vigo next Saturday evening.