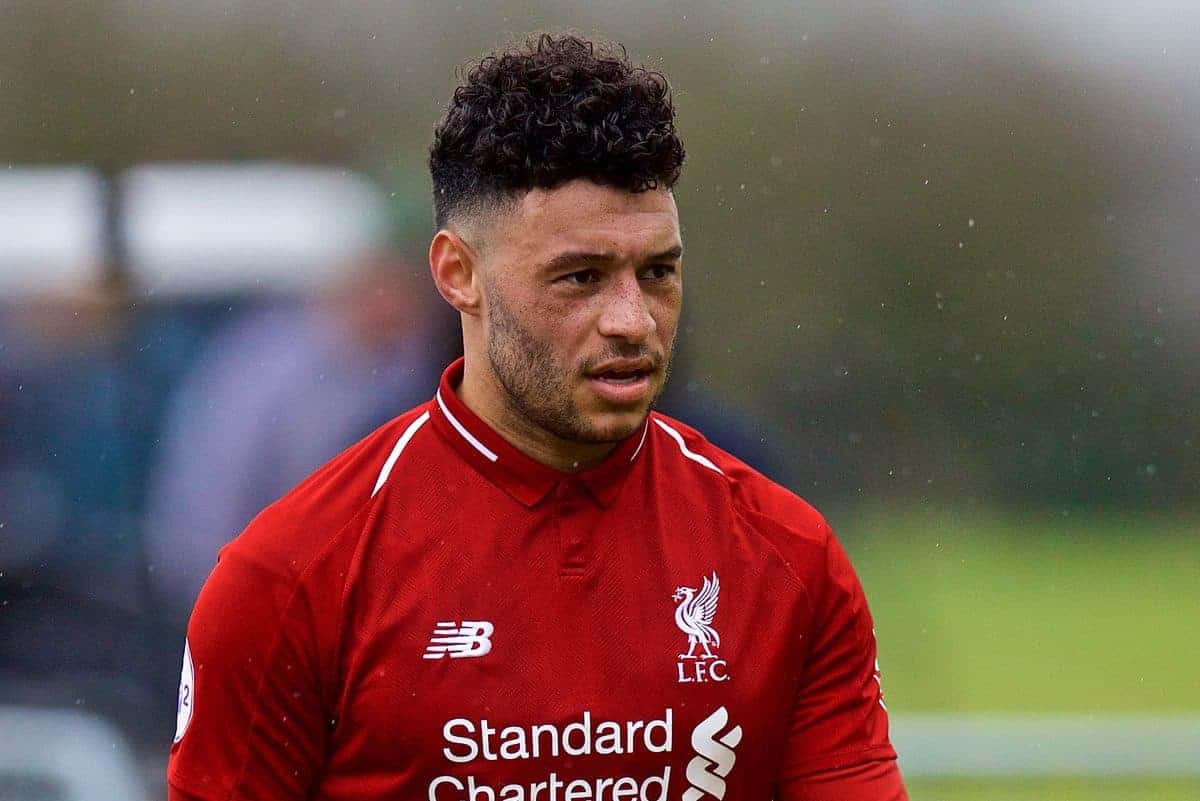 Rhian Brewster scored after just six minutes as the Liverpool U23s cruised to a 6-0 win at Leicester, with Joe Gomez and Alex Oxlade-Chamberlain also starting.

Brewster had already struck twice in his first friendly game back in 15 months, the first again coming within six minutes, but Sunday provided a competitive return.

The 19-year-old lined up in a very strong U23s side at the King Power, with Gomez making his comeback after a long-term leg injury and Oxlade-Chamberlain continuing his rehabilitation following a hamstring setback.

Ki-Jana Hoever, Ben Woodburn, Rafa Camacho, Curtis Jones and Adam Lewis were among the familiar faces to take to the field, as Neil Critchley fielded a 4-3-3 formation.

Interestingly, Gomez started at right-back, with Hoever preferred as George Johnston’s centre-back partner, which could hint at Jurgen Klopp‘s plan to work him back into first-team contention. 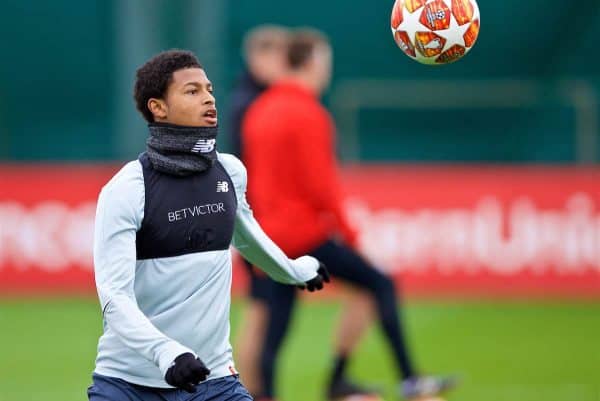 Liverpool’s quality showed early on, as Oxlade-Chamberlain’s long-range strike was spilled by Viktor Johansson, only for Brewster to follow up with a simple finish.

It was 2-0 just 11 minutes later, with Brewster brought down in the box and Woodburn stepping up to convert the penalty, before Jones made it three with a fine strike following great work on the left wing.

Jones should have grabbed his brace after a driving run and excellent, defence-splitting pass from Gomez, but he fired it straight at Johansson.

Oxlade-Chamberlain came off at the break as his recovery continues, to be replaced by Isaac Christie-Davies, who laid on Camacho’s stunning first goal of the afternoon five minutes after coming on.

Camacho doubled his tally soon after, but it could easily have been Brewster’s goal as the Portuguese made sure with a tap-in on the line after great work from his fellow forward. 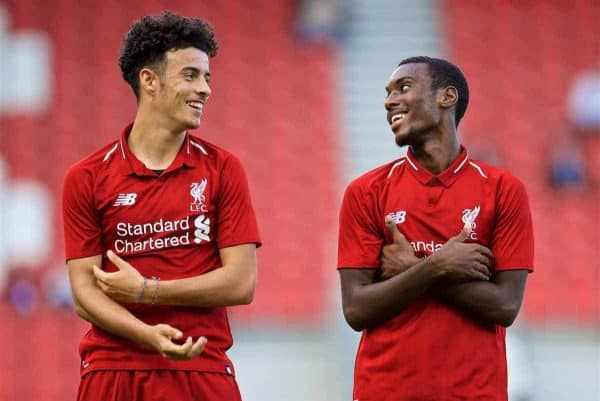 Incredibly, Camacho could have rounded off a 20-minute hat-trick as Liverpool overwhelmed Leicester, but hammered the post with his shot when the goal was gaping.

He netted his third in due time, though, latching onto a brilliant through ball from Curtis Jones to cap an afternoon of overriding positives for the young Reds, who move ahead of Arsenal into third in Premier League 2.

Their next and final game of the season comes at home to Blackburn on Monday, April 29, kicking off at 7pm (BST).