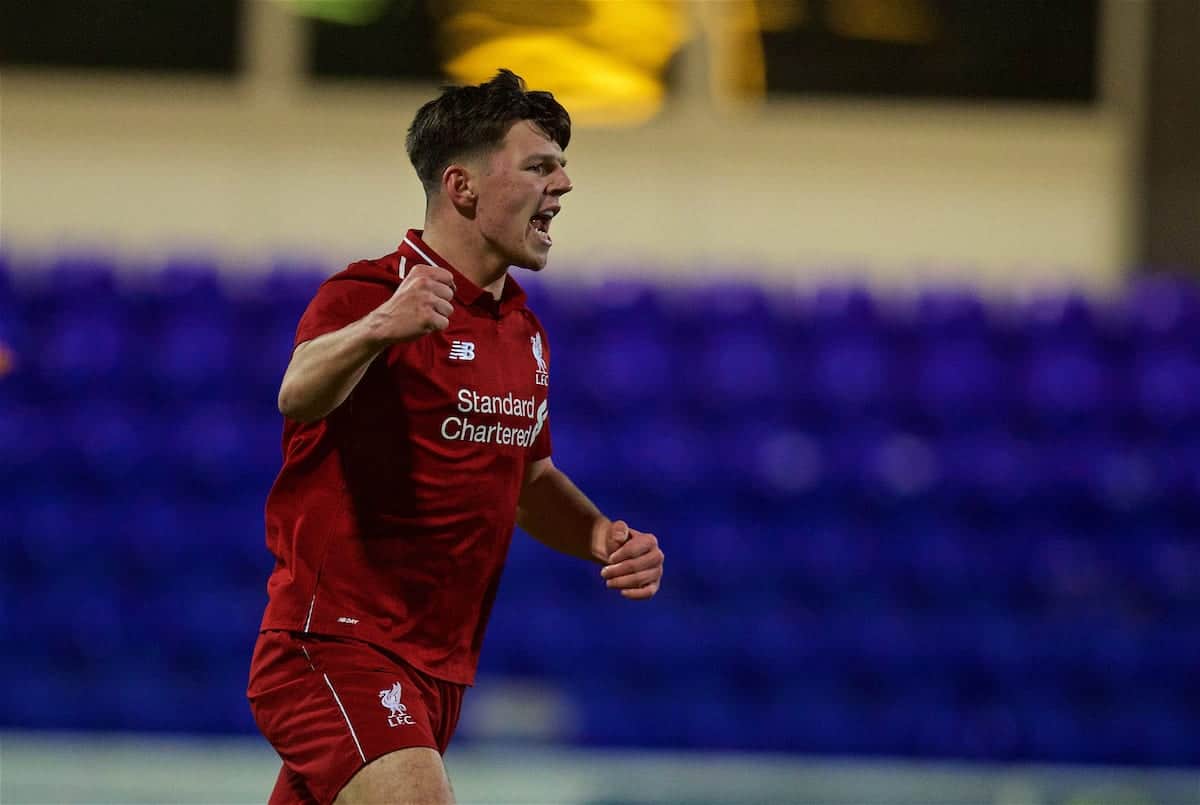 Liverpool’s U18s held off a late Wolves comeback to maintain their pursuit for the U18s Premier League title.

Liverpool faced a tough home game against Wolves as they looked to keep their title hopes alive in the U18 Premier League, having drawn 3-3 at West Brom in their last outing.

With that fixture having come in midweek, Barry Lewtas made a host of changes to his starting lineup: six all told in terms of personnel, but also a switch in formation to a back three.

Neco Williams and Yasser Larouci were the stand-out performers at wing-back on either side of the pitch, in a gritty and tense first half.

There weren’t many chances at either end, with a Bobby Duncan free-kick charged down by the wall and a half-sight of goal for Elijah Dixon-Bonner quickly closed out.

The young Reds would have hoped to have gone in at the break to hear news that league leaders Derby County had slipped up in their earlier kick-off—but a resounding 5-0 win for the Rams meant only a win would do for Liverpool’s youngsters. 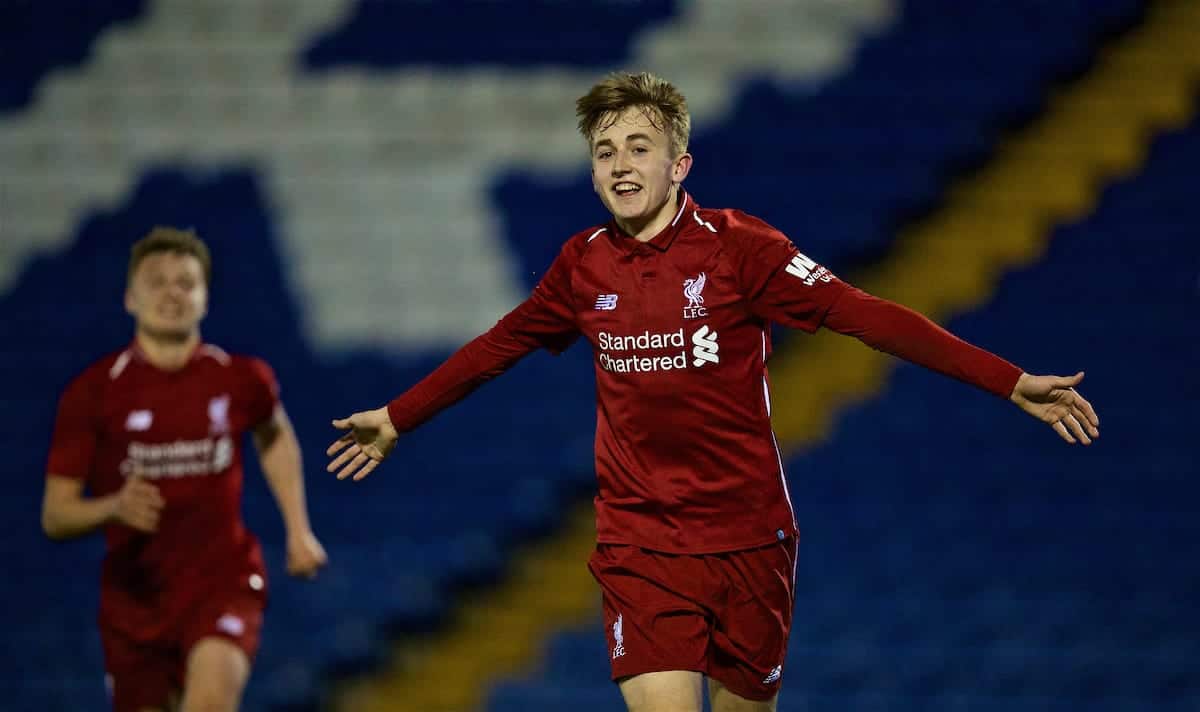 To that end, Lewtas sent on Luis Longstaff at the break and he was involved soon after the restart as the Reds took the lead in emphatic fashion, Jake Cain striking a brilliant effort into the far top corner.

Dixon-Bonner sent a couple of efforts over the bar from range in the hunt for a killer second goal, but also showed his all-round midfield awareness in the other half of the pitch to make more than one decisive intervention near his own penalty box.

It was looking like a tight finish to the game, but one direct, lofted pass from Rhys Williams suddenly freed Bobby Duncan through the middle—and he lobbed a perfect finish over the keeper, scoring what was his only real chance in open play all game.

With time running down, that Duncan strike proved priceless, as Wolves broke through for the first time themselves and Taylor Perry finished into the bottom corner.

Liverpool defended well through stoppage time and held on to secure a priceless 2-1 win.

The U18s now have a 10-day trip to the United States to look forward to, to play in the Dallas Cup, before they return for their final two U18 Premier League fixtures.

With a FA Youth Cup final to fight for as well, it promises to be as exciting an end to the campaign for the starlets of the club as it is for the seniors.