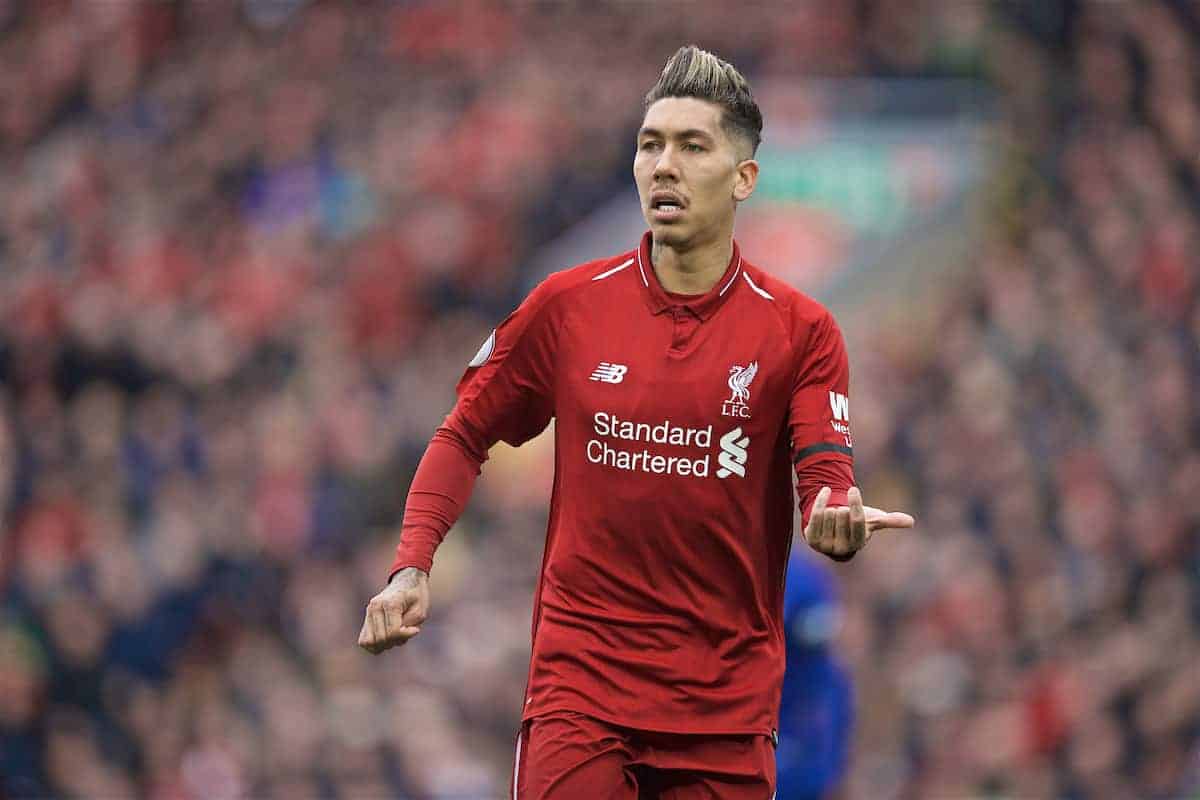 Liverpool were outstanding as they beat Chelsea 2-0 on Sunday, with the watching media singling out various Reds players for praise.

Jurgen Klopp‘s 200th match in charge of Liverpool was one of the biggest of his tenure, but he ensured his team performed admirably in a must-win game.

A tense opening 45 minutes saw the two sides head in goalless, before the Reds came alive after the interval.

A nervy finale saw Chelsea twice come close through Eden Hazard, but Klopp’s men got over the finish line to return to the top of the Premier League.

Here we compare our player ratings with those from the Liverpool Echo, the Mirror, the Independent, the Express, the Daily Mail, FotMob and the This Is Anfield readers. 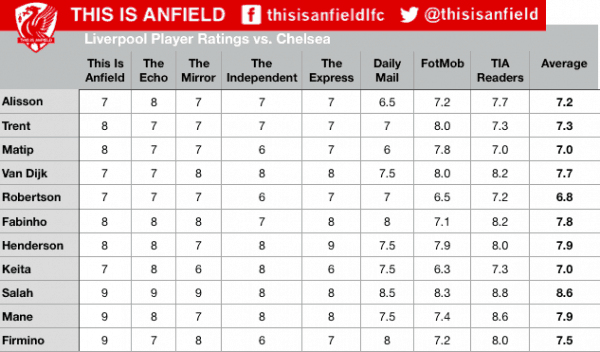 It was Salah (8.6) who earned the highest average rating for Liverpool, on an afternoon that saw him produce one of the moments of the season.

The Egyptian’s Kop-end strike was a breathtaking piece of brilliance, silencing the Chelsea fans who had acted in such vile fashion towards him earlier in the week.

This is Anfield’s Henry Jackson felt his performance was far more than just one moment of magic, however, as he “always looked like making things happen” during the 90 minutes.

Ian Doyle of the Echo felt the Reds’ No.11 was “transformed” after the goal, as he outlined why he is one of world football’s most devastating players. 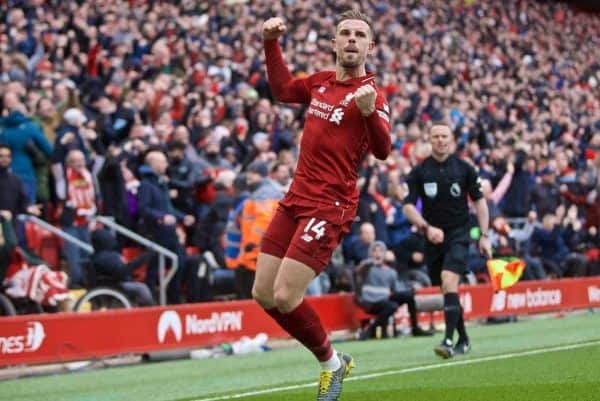 Henderson (7.9) and Mane (7.9) were next up in the eyes of those watching, with the pair excelling at Anfield.

Skipper Henderson made the goal for his Senegalese teammate and the Express’ Jack Otway even hailed him as “the star of the show” in his preferred No.8 role.

Mane has been Liverpool’s most important attacking player since the turn of the year and the Mirror lauded his ability to produce when the Reds most need him.

Fabinho (7.8) was arguably the other player most worthy of adulation on a memorable afternoon on Merseyside, as he continues to show how vital he is. 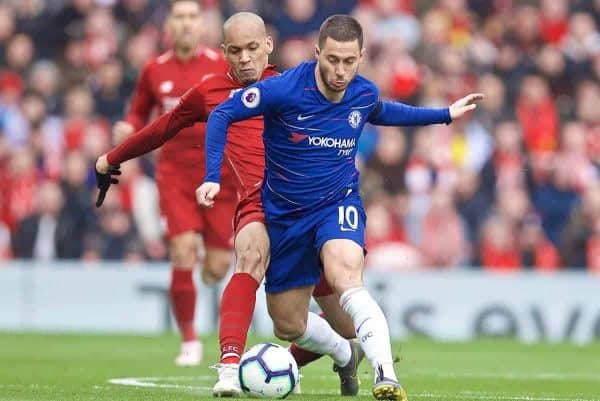 Jack Gaughan of the Daily Mail thought “thwarting a number of Chelsea counter attacks” was the Brazilian’s greatest strength.

The lowest-rated pair on the day were Joel Matip (7.0) and Naby Keita (7.0), but both played well, highlighting how good Liverpool were.

Premier League duty swiftly turns to Champions League commitments, as Liverpool face the second leg of their quarter-final away to Porto on Wednesday.

Qualification in Portugal would see the Reds face either Barcelona or Man United in the semi-finals, with the giants from La Liga 1-0 up from the first leg.