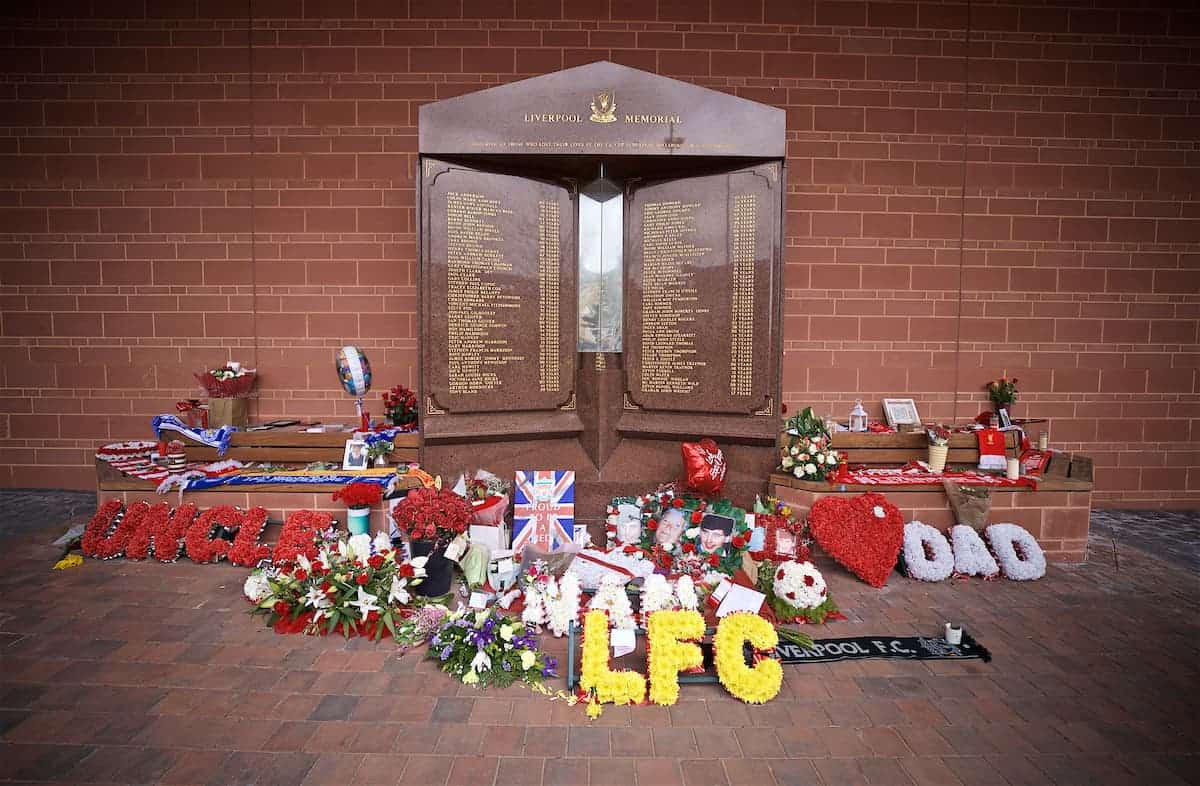 Liverpool have pledged their “support and admiration” to the families of those who lost their lives in the Hillsborough disaster, following Wednesday’s trial verdict.

It was ruled on Wednesday that former Sheffield Wednesday secretary Graham Mackrell was “guilty of failing to discharge his duty under the Health and Safety at Work Act.”

But match commander David Duckenfield is facing a potential retrial following the jury’s failure to reach a verdict on whether he was “guilty of gross negligence manslaughter.”

Liverpool have released a statement to “acknowledge the guilty verdict” for Mackrell and “empathise with the frustration shared by everyone affected… that the outcome was not definitive.”

“Liverpool Football Club would like to reiterate our support and admiration for the Hillsborough families, survivors and campaigners in light of today’s verdicts at Preston Crown Court.

“While forthcoming legal proceedings restrict comment on the outcome of the trial, we acknowledge the guilty verdict for Graham Mackrell and can empathise with the frustration shared by everyone affected by the Hillsborough tragedy that the outcome was not definitive.

“The continuing journey that has brought the families and survivors to today has resulted in a number of inquiries into the events of April 15, 1989 including the Taylor Report, the Hillsborough Independent Panel Report and in 2016 the Hillsborough Inquest.

“It is clear the conclusions reached by these reports remain, including the established fact that the behaviour of Liverpool supporters at Hillsborough was not a contributory factor in the disaster. They were wholly exonerated.

“Furthermore, the journey not only to reach today’s stage and continue, is testament to the perseverance and determination of all involved in the ongoing campaign for justice which is now into its 30th year.

“Our thoughts are with all those who continue to be affected by the Hillsborough tragedy and the 96 Liverpool supporters who went to watch their team and never came home.”

The trial at Preston Crown Court took place over 10 weeks and a jury of 12 people took eight days to come to their verdicts.

The Crown Prosecution Service have confirmed they will seek a retrial against Duckenfield, the former South Yorkshire Police chief superintendent.

Duckenfield’s barrister Ben Myers QC, though, has “made it clear that he will oppose a retrial for manslaughter, arguing it is improper.”