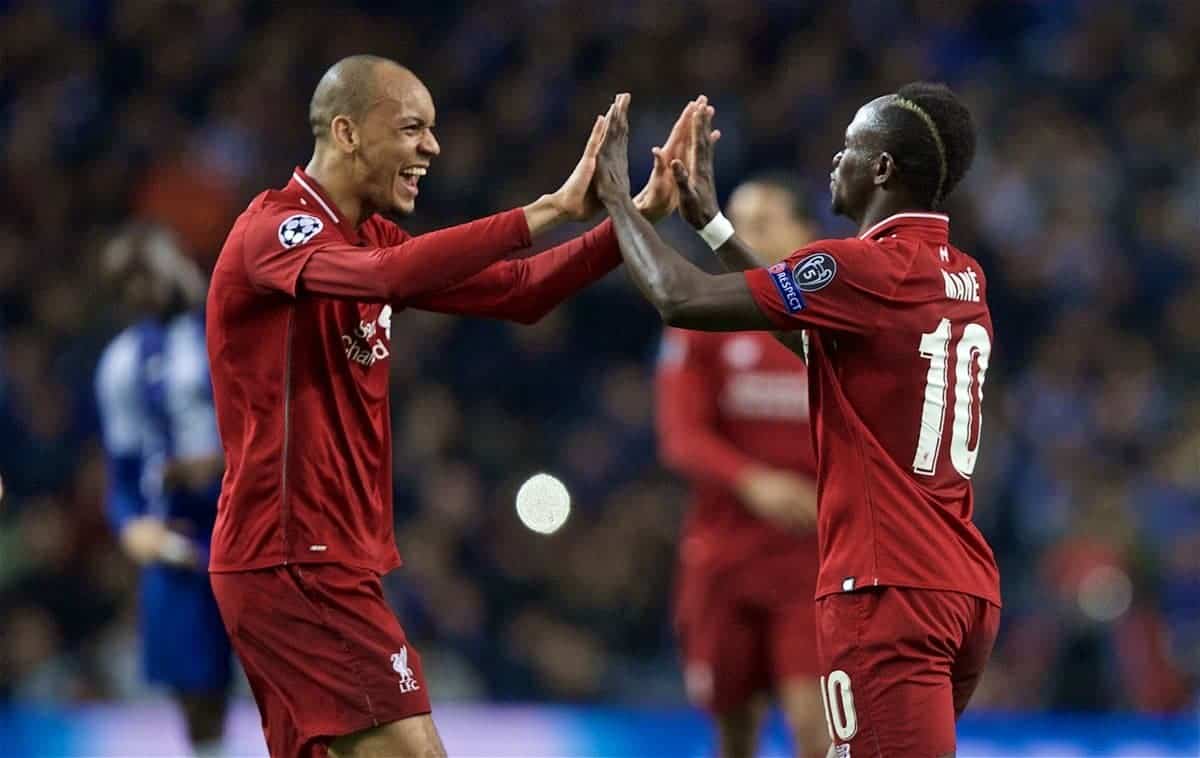 Liverpool booked their place in the semi-finals of the Champions League as a 4-1 win at Porto secured a 6-1 victory on aggregate in the last eight.

Heading to the Estadio do Dragao with a 2-0 lead from the first leg at home, the Reds found themselves in a strong position to progress to the semi-finals for the second time in as many seasons.

As such, Jurgen Klopp opted to make three changes from the side that beat Chelsea at the weekend, with Gini Wijnaldum and James Milner restored to the midfield and Divock Origi a surprise replacement for Roberto Firmino.

With Barcelona awaiting in the next round, Liverpool still had a lot to do in Portugal, with Porto a much different prospect at home—though memories of last season’s 5-0 win at the same ground were fresh in the memory.

Under torrential rain in the buildup, the pressure was on for the Reds to get the job done, and despite not wholly impressing they made light work of Porto. 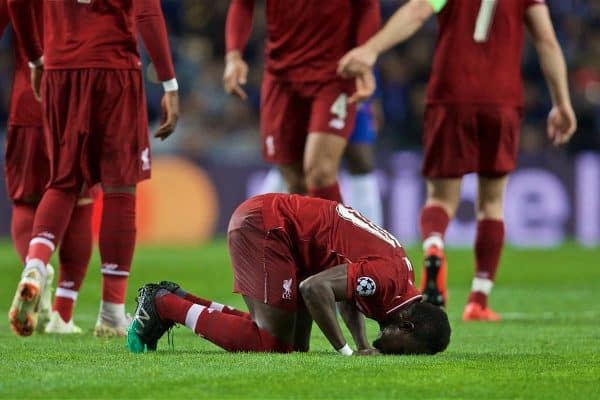 Despite expectations he would take Firmino’s role up front, Origi started on the left wing, with Sadio Mane deployed up front in a setup reminiscent of the 5-0 win over Watford in February.

Porto certainly enjoyed the better of the opening stages, with Jesus Corona firing just over within the first minute and Moussa Marega an ever-troubling presence in the final third.

The hosts had 13 shots on goal in the first quarter of the game to Liverpool’s nil, but fortunately few troubled Alisson, with Marega in particular wasteful with his chances.

Mane had the ball in the back of the net on 26 minutes with their first attempt, however, and after a long consultation with VAR referee Danny Makkelie rightly awarded it a goal from the Senegalese’s tap-in.

This gave the Reds a clear boost and they gained control after the opener, but the rest of the half played out in relative serenity as the visitors bedded in with a 3-0 aggregate lead and a vital away goal.

Firmino took Origi’s place after half-time, with the Reds effectively taking up a diamond formation as they looked for compactness, stability and control.

The Brazilian was excellent in the No. 10, with typical industry and fine creativity behind the tandem of Mane and Salah, who continually found space behind a defence marshalled by Pepe.

Salah put the game to bed with his third goal in the last four games, latching onto a brilliant pass from Trent Alexander-Arnold and beating Iker Casillas comfortably, before the right-back was withdrawn to allow Joe Gomez a long-awaited return.

Real Madrid-bound Eder Militao halved the deficit on the night with a bullet header minutes later, but the reality was that Porto required four more goals to secure progress to the semi-finals.

To make matters worse for the home side, substitute Jordan Henderson arrowed in a cross for Firmino to convert with a brilliant header, before Virgil van Dijk buried one of his own at the far post to set up a semi-final clash with Barcelona.