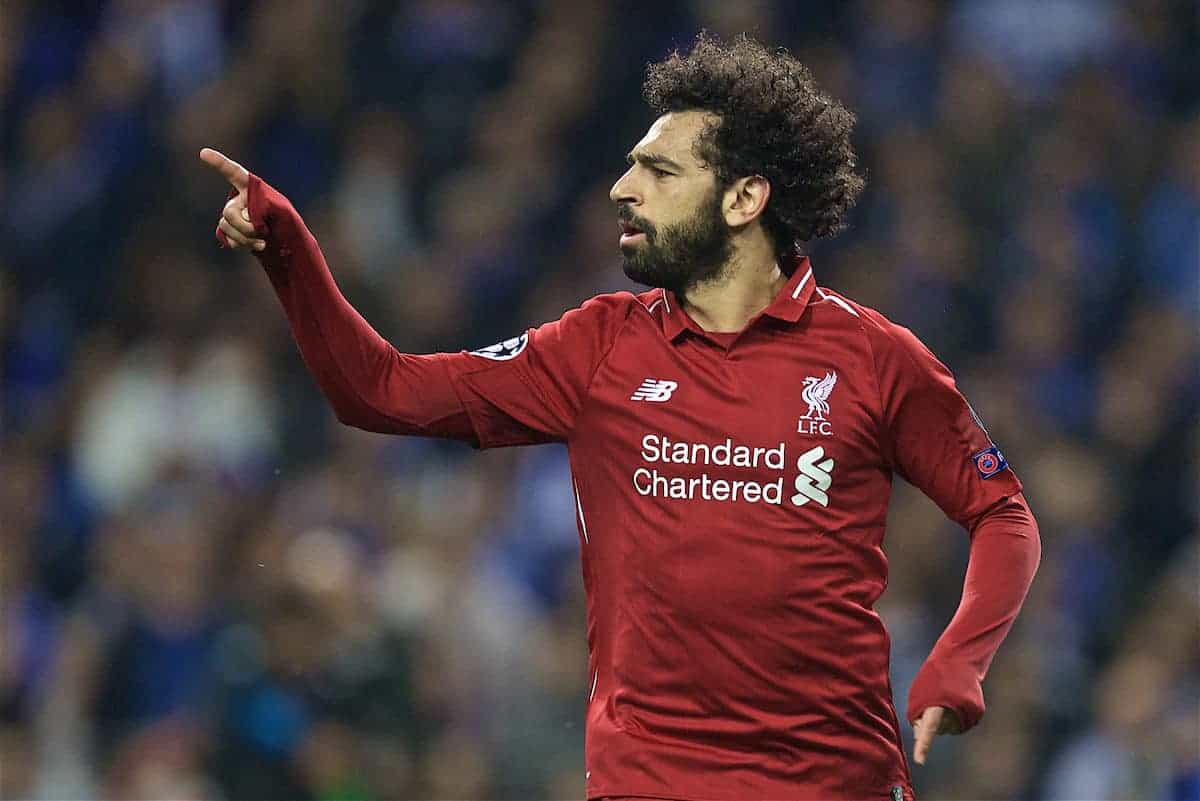 The Reds started poorly at the Estadio do Dragao, although the hosts’ early pressure was no great surprise.

Salah himself doubled the lead after being sent clean through in the second half, but Eder Militao got a goal back for Porto.

It was left to Roberto Firmino and Virgil van Dijk to deliver the final blows, completing a 6-1 aggregate triumph and setting up a huge semi-final meeting with Barcelona. 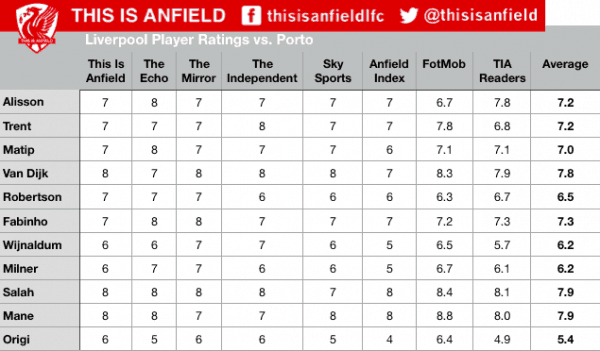 Mane (7.9) is in devastating form at the moment and it was no great surprise to see him as Liverpool’s joint-highest rated player.

Ian Doyle of the Echo felt the Senegalese was Liverpool’s “greatest attacking threat,” despite missing a second-half sitter.

Anfield Index’s Aaditya Narayan even described Mane as “stunning,” as he took his goal tally to 22 for the campaign.

Level with Mane on the night was Salah (7.9), who has returned to top form and scored in three of his last four appearances. 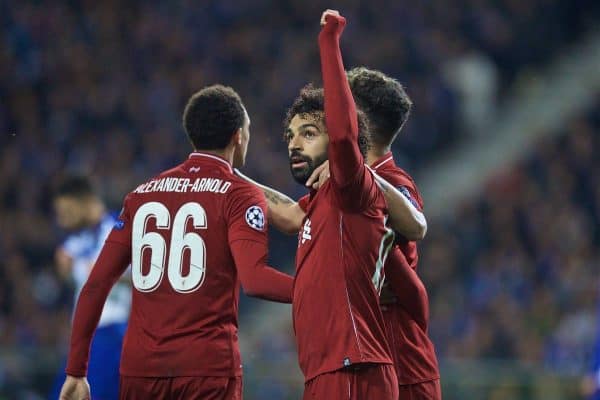 The Mirror‘s David Maddock believes he “really is back,” as those who have doubted the 26-year-old continue to look foolish.

Van Dijk (7.8) was again excellent—when hasn’t he been this season?—with FotMob revealing that he won eight duels and made seven ball recoveries, along with scoring a goal for good measure.

Doyle did argue that Liverpool’s towering centre-back was “all over the place during the opening 15 minutes,” however, which there was a little bit of truth in.

Gini Wijnaldum (6.2) and James Milner (6.2) came in for Jordan Henderson and Naby Keita, but neither took their opportunity in Portugal. 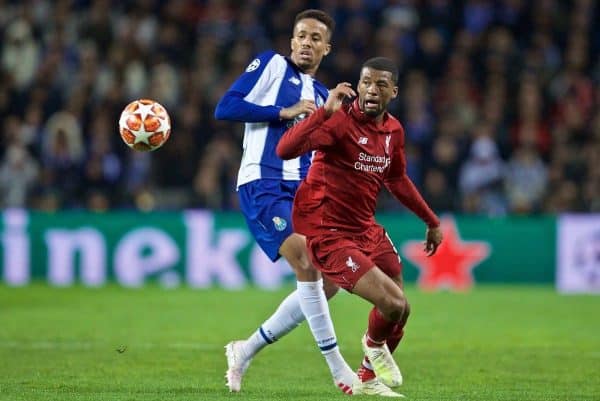 Both were guilty of losing the midfield battle and leaving Fabinho (7.3) isolated early on, with this writer describing Wijnaldum as the Reds’ “most frustrating player” in This Is Anfield’s ratings.

Firmino’s huge impact from the substitutes’ bench also didn’t go unnoticed with the TIA readers, having voted him the joint-best player along with Salah.

Next on the agenda for Liverpool is the latest must-win game in the Premier League title race, as the Reds visit Cardiff on Sunday afternoon.

Man City host Tottenham first on Saturday afternoon—here’s hoping Spurs can do Klopp’s men an enormous favour before the trip to Wales.