Liverpool secured a vital 2-0 win at Cardiff on Sunday afternoon, taking them back to the top of the table and to their record ever Premier League points total.

Man City‘s 1-0 victory over Tottenham on Saturday put the heat on Liverpool, who found themselves in a must-win situation in the baking sun at South Wales.

It was another day that showed how patient and resilient this Reds side have become as they showcased their title credentials and moved to a points total that would almost always win you the title.

Past Liverpool teams would have wilted in such a game as this, especially with the scoreline goalless at half-time, but Jurgen Klopp‘s men never panicked.

To have 88 points after 35 matches is a truly remarkable effort, and the only reason they potentially won’t be crowned champions next month is because of Man City‘s own brilliance.

When the starting lineup was announced Fabinho was a surprise omission, having become such an important member of the side.

We should really be cottoning onto Klopp’s midfield rotation a little more by now!

While some were doubly disappointed because it meant Jordan Henderson was seemingly going to revert to a No.6 role, it was Wijnaldum who was used there.

Henderson and Naby Keita were given more license to attack, and while neither set the world alight, they provided good energy and defensive grit throughout.

The pair complement each other well and Wijnaldum was equally effective.

While comparisons with Man United may never be appreciated by some, there is a similar feel to their 2007/08 squad about Liverpool’s – one that won both the Premier League and Champions League that season.

This rotation has worked all season for Liverpool and it only seems to be growing more effective as it goes on. 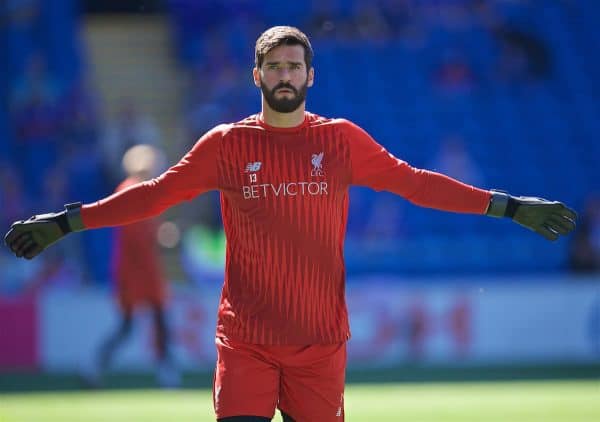 Liverpool’s defensive prowess has been the inspiration behind their title challenge this season, despite the headlines their attacking play so often earns.

While the 6-3 win at Cardiff in 2013/14 showed how leaky the Reds’ back-line could be in that title-chasing campaign, this perfectly highlighted how far they have come since then.

Alisson kept his 19th clean sheet of the season, but the expertise of those in front of him meant he had a quiet afternoon on the whole, barring a few relatively routine saves.

The Brazilian is now two clear of his compatriot Ederson in the race for the Golden Glove award.

He has really stepped up when needed and Dejan Lovren must accept that he is now well behind his teammate in the pecking order.

You simply cannot win trophies without a good defence – Klopp knew that more than anybody and has made his back-line one of the best in Europe.

An Off Day For Trent

Although Liverpool’s defensive showing was strong, one man who struggled was Trent Alexander-Arnold.

Occasionally, the right-back is targetted by opposition sides such as he was here, and were given a reminder of the youngster’s raw talent and the maturing he still has to do.

Nathaniel Mendez-Laing gave Alexander-Arnold a torrid first half, beating him for speed and showing up his positional sense, while his final ball was lacking all day.

One corner that went out of play before bending back in summed it up.

That’s not to say the 20-year-old was bad throughout – he improved after the break and could never be accused of going missing – but no Liverpool player struggled as much up against Neil Warnock’s battling side.

With Joe Gomez back fit, Klopp finds himself with more options at right-back, and he may just consider bringing him in against Huddersfield next Friday.

Over To You, City 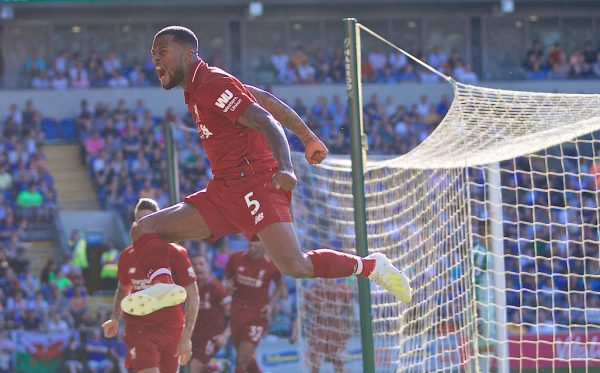 This was another massive win for Liverpool, who seem to have been playing after City for about the last three months!

The thought of dropping points on Sunday was a grim one, especially with the test that awaits the champions on Wednesday night.

Pep Guardiola’s side head to United for arguably the defining game of the season, with failure to win putting the Reds in pole position to win the title.

Granted, United’s 4-0 capitulation at Everton won’t fill supporters with too much confidence, but anything can happen in a derby and arguably United now must show a reaction.

Attention for Klopp and his players will be firmly on the visit of Huddersfield on Friday, however, as they look to keep winning their remaining fixtures.

This is arguably the best title races English football has seen and Liverpool deserve unbelievable credit for sticking with City.

If they can get over the finish line, it will be one of the greatest achievements in the club’s history.