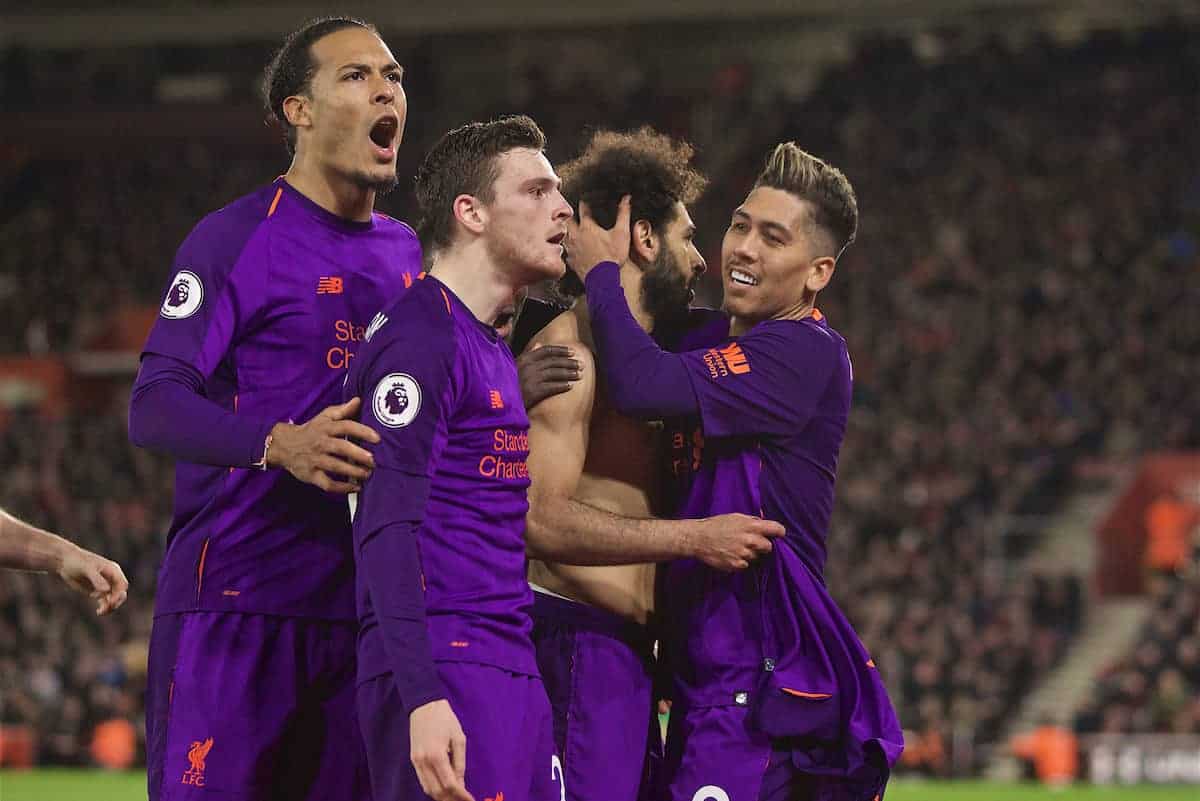 Following Liverpool’s vital 3-1 win at Southampton on Friday night, we pick out some of the best post-match statistics.

The Reds were given a stern test at St. Mary’s, on yet another nerve-shredding evening in the Premier League title race.

A poor start for the visitors saw Shane Long open the scoring early, only for Naby Keita to head home his first-ever Liverpool goal.

The second half was a tense affair and it was left to Mohamed Salah and Jordan Henderson to pounce late on, securing the most precious of victories on the south coast.

Jurgen Klopp‘s men go back above Man City by two points, but have played one game more.

Here are five of the key stats from the game.

It has felt like a long time coming, following an eight-game drought, but Salah has now scored 50 Premier League goals for Liverpool.

The Egyptian has achieved the feat in a faster time than any other Reds player since the league’s inception in 1992, taking just 69 appearances to notch his half-century.

Salah has beaten Fernando Torres (72), Luis Suarez (86) and Robbie Fowler (88) to the milestone, highlighting what a remarkable signing he has been.

Only Alan Shearer (66) and Ruud van Nistelrooy (68) have bettered that record in the Premier League era for other clubs.

Keita Off the Mark 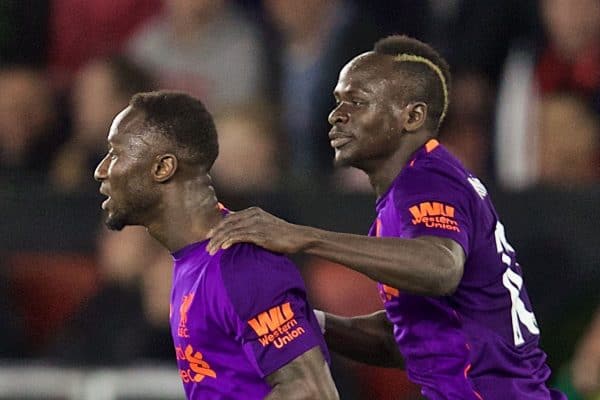 Keita’s first season at Liverpool has been a disappointing one and it was a surprise to see him handed a start against Southampton.

The Guinean may not have had his best game of the season, but he finally got off the mark for his new club.

It took Keita 1,423 minutes to bag his maiden Reds goal and it should do him the world of good ahead of the final five league matches.

He also completed 88 percent of his passes, won three duels and made three ball recoveries, according to FotMob.

Another Milestone For Trent 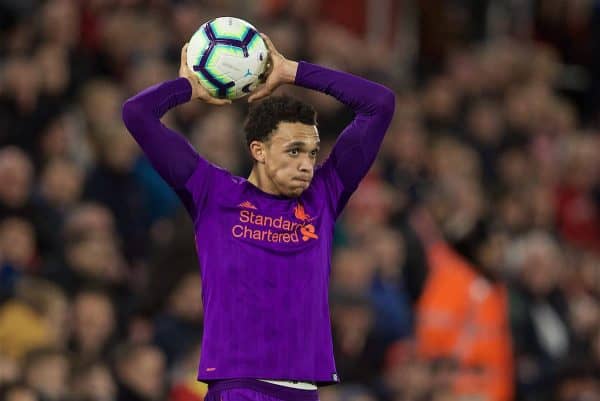 Trent Alexander-Arnold didn’t have his best night against Southampton, finding himself taken off in place of James Milner after 59 minutes.

He is now the fifth-youngest player to reach 50 Premier League appearances for Liverpool, behind Michael Owen, Raheem Sterling, Fowler and Steven Gerrard.

As an aside, Alexander-Arnold has also registered the joint-most assists (four) in the league since February 1, along with Andy Robertson.

Seven of Liverpool’s last 12 goals have been made by the full-back duo.

It is common knowledge that Liverpool would be cruising to the league title in most other seasons, instead having to compete with an extraordinary Man City side.

Incredibly, Klopp’s men have already got more points than two of the last eight Premier League champions managed over an entire season: Man United in 2010/11 (80) and Leicester in 2015/16 (81).

Football’s not fair at times, but this Liverpool team deserve so much admiration for their efforts this season, even if they don’t end up as champions. 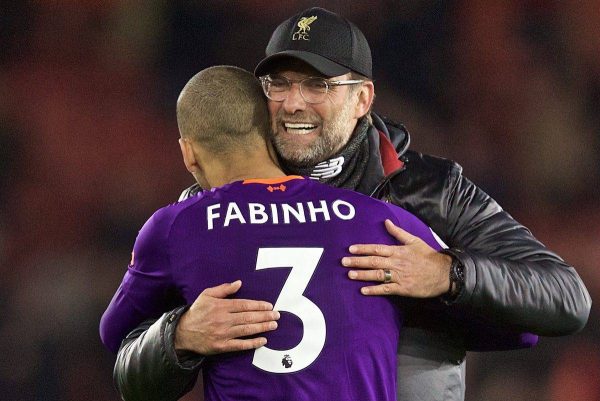 Many rival supporters are trying to go with the narrative that Liverpool will have ‘bottled’ the title if they don’t win it this season.

It is nothing more than a lazy, misguided dig, however, with those fans well aware of the quality and mettle that this side possesses.

Proof of the Reds’ mental resolve is shown by their record after going behind in the league this season.

On the seven occasions that Liverpool have found themselves looking to overcome a half-time deficit, they have ended up winning five, drawing one and losing the other, away to City.

That’s a total of 16 points won from losing positions—more than any other side in the division.

Not bad for a bunch of players who can’t handle the pressure.