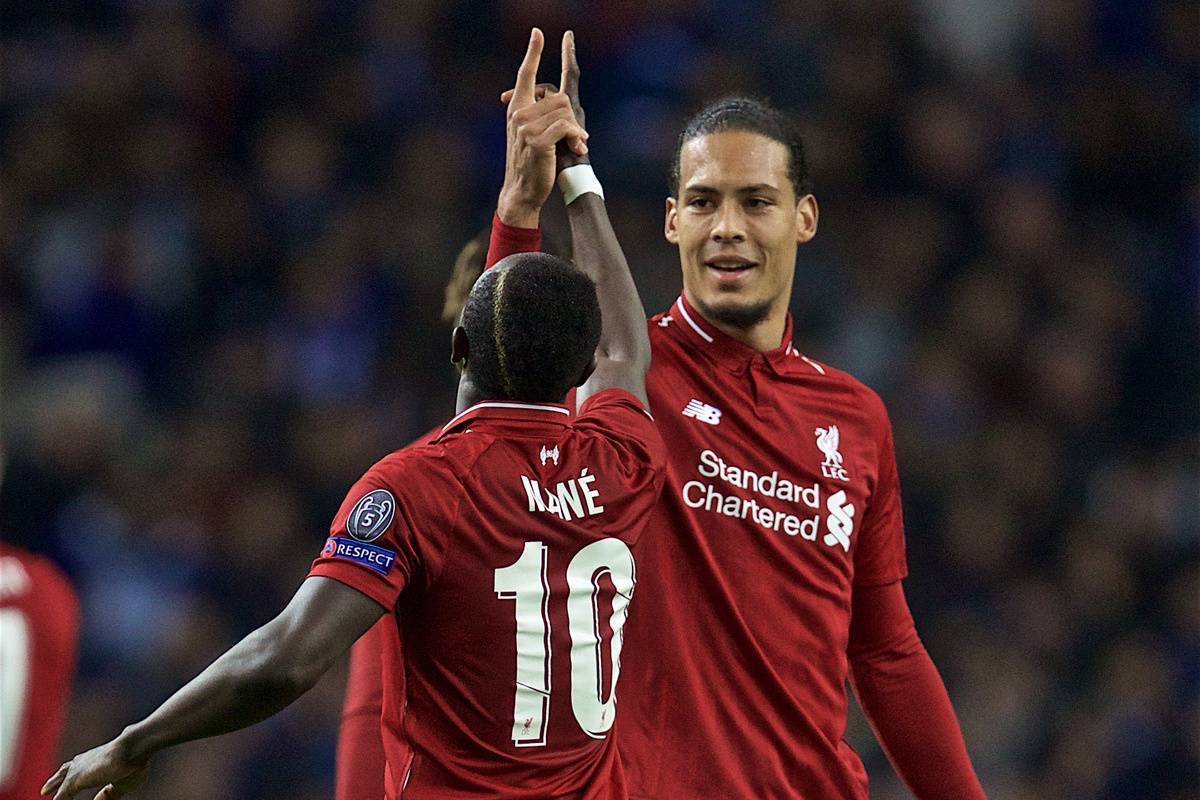 A professional performance saw Liverpool secure a comfortable 4-1 win over Porto, and a place in the Champions League semi-final now awaits.

The Reds made the trip to Portugal for the second leg of their Champions League quarter-final tie in the knowledge that they had one foot in the semis after their routine 2-0 win at Anfield the week prior.

Porto, however, were quick to put Liverpool under immense pressure in the opening exchanges, but it was Jurgen Klopp‘s men who struck first thanks to Sadio Mane and the intervention of VAR.

The crucial away goal sucked the life out of the Portuguese side as the Reds went on to wrap up the tie through strikes from Mohamed Salah, Roberto Firmino and Virgil van Dijk.

Eder Militao scored a consolation goal for Porto, but it was Liverpool who comfortably secured passage to the next stage, where Barcelona now await.

Mane was lauded for his goal, but there were mixed views on the use of VAR…

Unsurprisingly getting a lot of tweets about VAR. Correct decision. Obviously. Happy with the result obviously but I still dont like it. My feelings wont change on that. It's what I FEEL when it's happening.

Just the eight opening goals for Sadio Mane in the last ten games Liverpool have taken the lead. Supreme talent.

“Mane is lovely to watch when on form. Fucking unplayable and as direct as you can get.

Always been a massive fan of VAR

So good to see Joe Gomez back ?

Gomez is back and my entire heart is happy. Glad to see him back ??

While Henderson again impressed in an attacking midfield role…

This Jordan Henderson redemption arc is better than anything from the wildest dreams of George R. R. Martin. #LFC

“What a difference Hendo is in this new role. Credit where it’s due.. Captain fantastic.. more assists in last 3 games than in last 3 years.”

“Hendo has been reborn with the newfound freedom JK has granted him. It’s been wonderful to watch and I am thrilled for him. He looks brand new.”

what is even going on with Jordan Henderson assists lately

“Thought Hendo was immense when he came on btw. A man possessed.”

Not too late for Henderson to win the Ballon D’or

That’s about morale-wrecking as it gets for City, surely?

OK, I really am feeling delighted about City losing, so I'll get on board with those of you arguing that it's better for them to lose and take the hit to their confidence. Woop woop!

Absolute madness at the Etihad ?

Hope Spurs are just as lively on Saturday.

Just hope Poch goes full strength during the weekend now. I'd say they can afford to drop points in one game and still get top 4.

Liverpool were not at their best, but the end result was all that mattered…

A dedicated, composed performance. Soaked the threat and hit them, again & again. Henderson and Firmino impacts huge. Back to back semi-finals. #LFC now not just a team to qualify for Champions Leagues, but the nightmare draw. Sublime two legs. #LFCdigest

Porto 1 Liverpool 4. Not even at their best. Extraordinary times following this team.

Not the greatest of games and here we are. 6-1 on aggregate. Dominating. Bring on your Warnocks and your Messis.

Goodness, though. Through to the semis again. A chance to put out Barcelona. City rocking. A legitimate chance at the double. Goodness. What a final month to the season this could be.