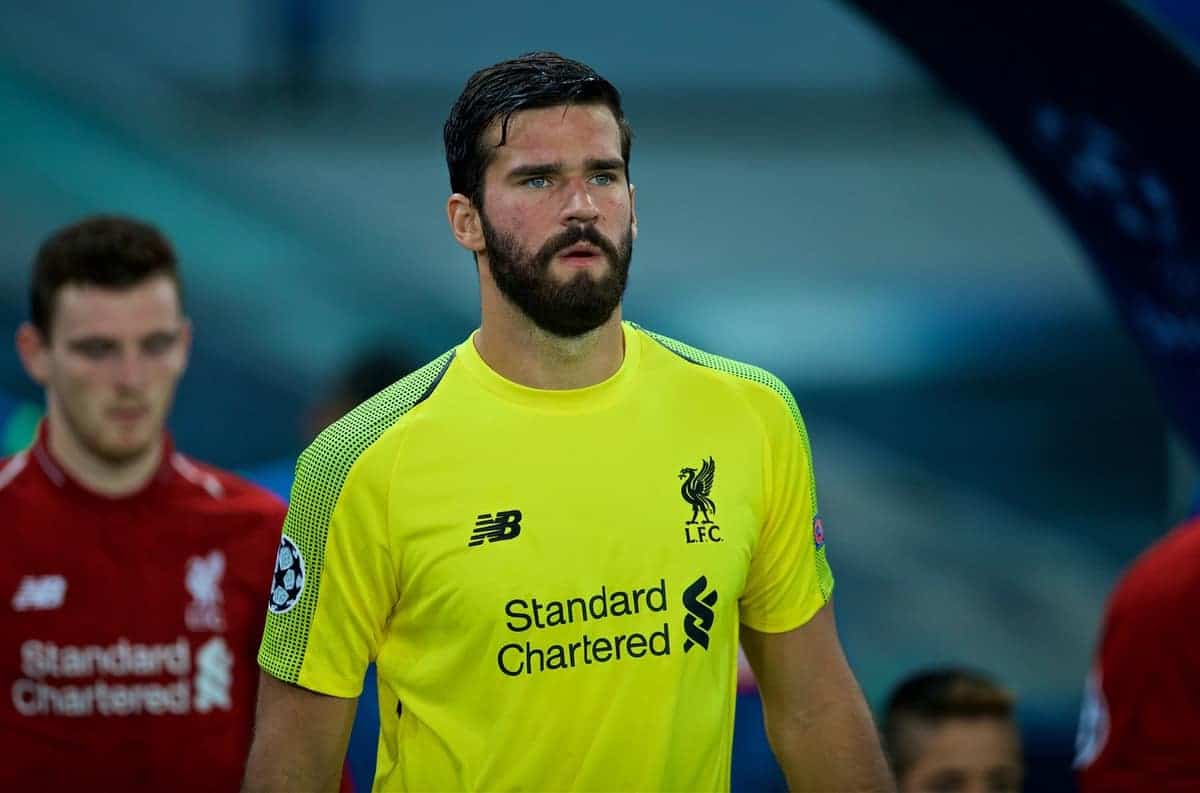 Liverpool goalkeeper Alisson admits next week’s Champions League final is the biggest match of his career.

The Brazil international reached the semi-finals last season, when his Roma team were knocked out, coincidentally, by Jurgen Klopp’s side.

The £65 million signing was a pivotal figure in a gripping Premier League title race—won by a point by Manchester City—but he and his team-mates have a second shot at glory in Madrid against Tottenham on June 1.

“Once we finished the Premier League, there were 20 days to prepare the final,” he told LiverpoolFC.com.

“I can’t wait. I’m looking forward to playing this big game. It’s maybe the biggest game in my life.”

The squad are coming to the end of a week-long training camp in Marbella as manager Jurgen Klopp has put his players through a mini pre-season programme in order to retain their sharpness with a three-week spell between competitive matches.

He did a similar thing last year ahead of their final defeat to Real Madrid and Alisson believes it is the best option.

“It’s good for preparation, it’s good for us to keep our minds free from external things,” he added.

“Coming here is special for us, we can have more time together and speak more—that’s important for a team that wants to achieve great things.

“It’s nice weather—perfect weather to work. It’s a bit hot compared to what we are used to for training but it’s the weather we’ll find in Madrid, so it’s good for us.”

Alisson’s first season has been an unqualified success with 26 clean sheets to his name, with 21 of those coming in the Premier League to earn him the Golden Glove award.

The Brazilian was keen to share the praise with his team-mates, however.

“It was such an honour, such a big award in the world of football,” he said.

“The award is not just mine, it’s an award for my team-mates also, who work hard to keep clean sheets in the game. It’s a target for everyone.”