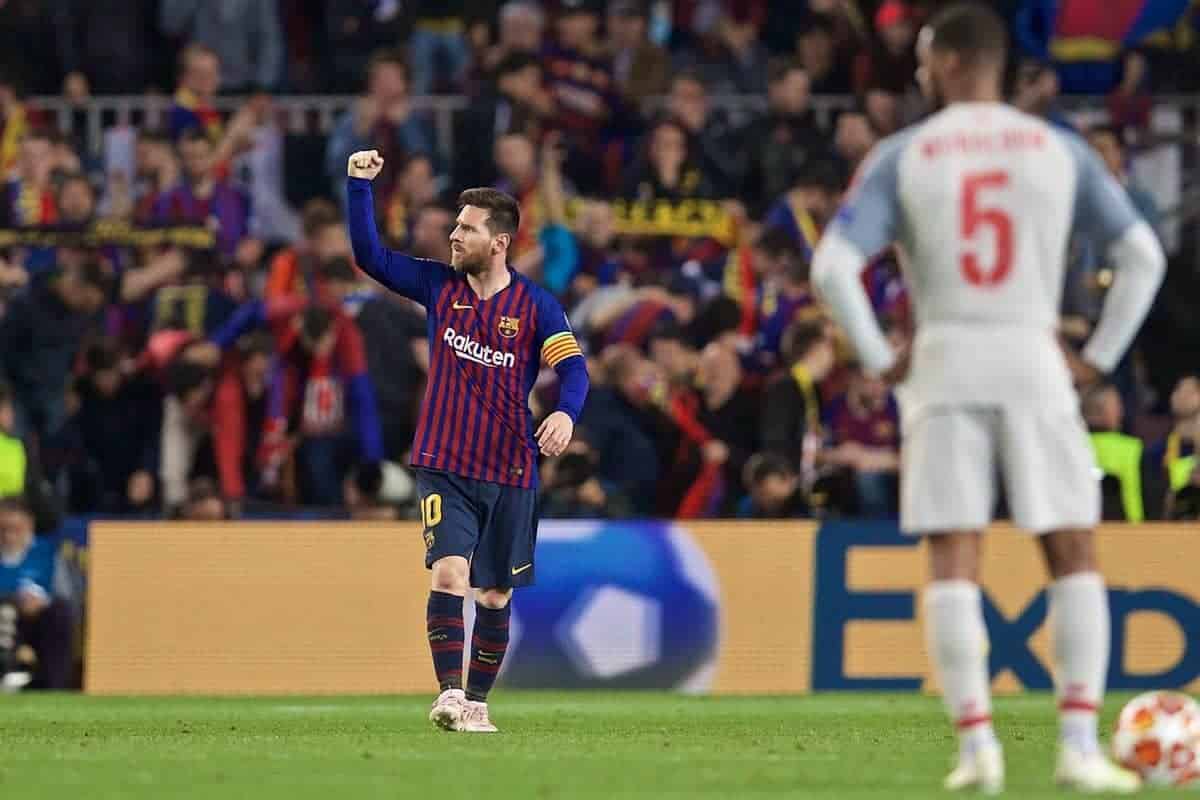 Two goals from Lionel Messi and one from ex-Liverpool striker Luis Suarez gave Barcelona a 3-0 victory in the first leg of their Champions League semi-final.

After going through Red Star, Napoli, PSG, Bayern Munich and Porto to get to the semi-finals, Liverpool faced one of their biggest clashes of Jurgen Klopp‘s reign on Wednesday night.

The first leg of their Champions League last-four tie at the Nou Camp saw the Reds take on a side they hadn’t met on competitive terms since 2007, and a lot has changed for both sides since then.

One constant remains in Messi, who was understandably focused on as the key threat for Barcelona in the buildup, but for Liverpool, an upturn in fortunes under Klopp has seen a new cast of stars emerge on Merseyside.

The manager admitted before the game that the Reds “will suffer, 100 percent” in their bid to reach a second consecutive Champions League final, and it certainly proved that way.

Klopp pulled a big surprise with his setup from kickoff, with Gini Wijnaldum starting in the centre-forward role as Sadio Mane and Mohamed Salah flanked the Dutchman in his makeshift role.

It prompted a confident, unpredictable start from the Reds, and they saw a convincing penalty shout waved away by referee Bjorn Kuipers early on as Mane was brought down by Gerard Pique.

The approach with Messi was clear as Liverpool looked to crowd as quickly as possible, but the No. 10 still found plenty of space on a number of occasions, and drew a brilliant block from Andy Robertson in the penalty area.

Injury dealt the Reds an early blow as Naby Keita was forced off before the half-hour, with Jordan Henderson taking his place to deprive Klopp a tactical substitution later on.

And they went behind soon after, as Philippe Coutinho fed the ball to Jordi Alba whose brilliant cross was expertly slid home by Suarez for 1-0.

Mane wasted a similar opening eight minutes later when it looked likely he would equalise, and that proved the visitors’ best chance in a frustrating first half undone by a moment of pure class. 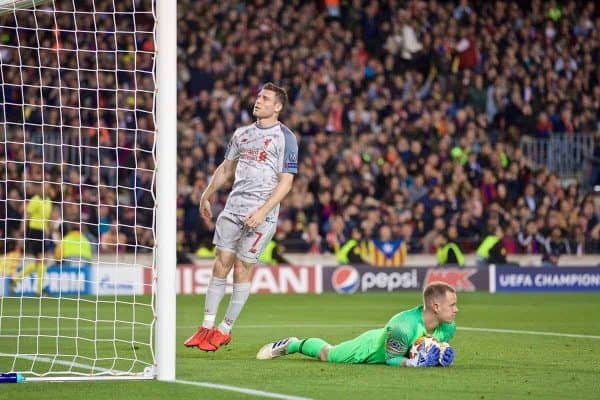 James Milner drew a bright save from Marc-Andre ter Stegen soon after the interval following a smart layoff from Wijnaldum, and Salah then forced another from the German with an instinctive, powerful drive.

A stunning pitch-length pass from Virgil van Dijk, perfect touch from Salah and a fine dummy from Wijnaldum saw Milner test Ter Stegen again, with it clear Klopp made his voice heard at the break.

This forced Barcelona into a change as Nelson Semedo replaced a quiet Coutinho and they moved closer to a 4-4-2 shape that paid obvious respect to their opponents.

Messi benefited from a measure of fortune with 15 minutes to go after a series of ricochets in the area allowed him to tap into an open net for 2-0, coming against the run of play and prompting Klopp to send on Roberto Firmino.

The No. 9 could do nothing until Barca had scored another, however, as Messi stood over a free-kick and bent an incredible strike beyond Alisson to extend the lead to three goals.

Firmino then had an effort blocked on the line and Salah struck the post with the rebound, summing up the luck and fine margins required to thrive at the top level, as the first leg ended at 3-0.