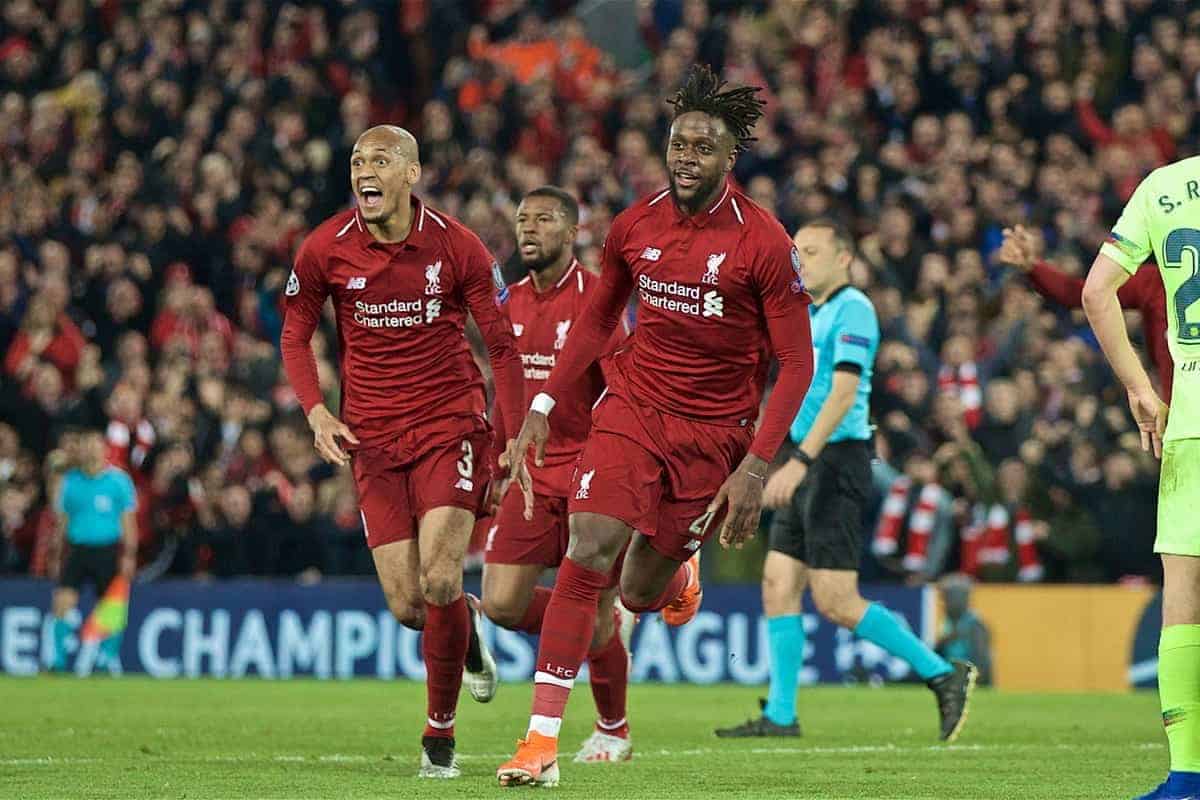 Liverpool’s 4-0 victory over Barcelona was one of the best wins in the club’s history, with so many players performing exceptionally on the night.

The Reds had a mountain to climb in the second leg of their Champions League semi-final tie, but Anfield witnessed something extraordinary.

Divock Origi gave his side early hope but the scoreline remained 1-0 until half-time, with the visitors looking threatening.

An injury to Andy Robertson saw Gini Wijnaldum introduced at the break and the Dutchman swiftly scored twice to send the home crowd wild.

It was left to Origi to fire home his second of the night, pouncing superbly from Trent Alexander-Arnold‘s quickly-taken corner.

A nervy finale was overcome by Jurgen Klopp‘s men, as they booked a place in their second Champions League final in succession.

Here we compare our player ratings from the game with those from the Liverpool Echo, the Mirror, the Independent, the Guardian, Sky Sports, FotMob and the TIA readers. 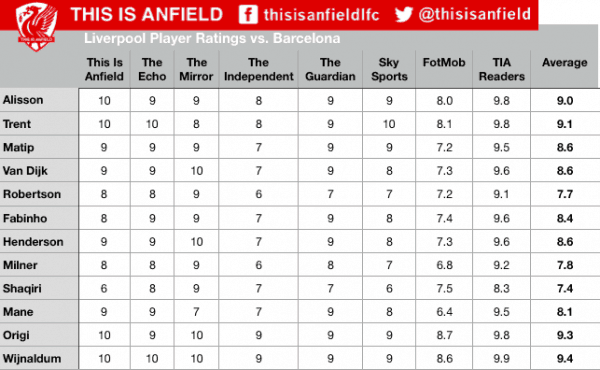 On what was a stunning bunch of ratings across the board, there were several individuals who stood out from the crowd.

And while we only look at the starting 11 in our usual review, there can be no overlooking of half-time sub Gini Wijnaldum (9.4) and his immense contribution—the highest average rating given to any player on the night. 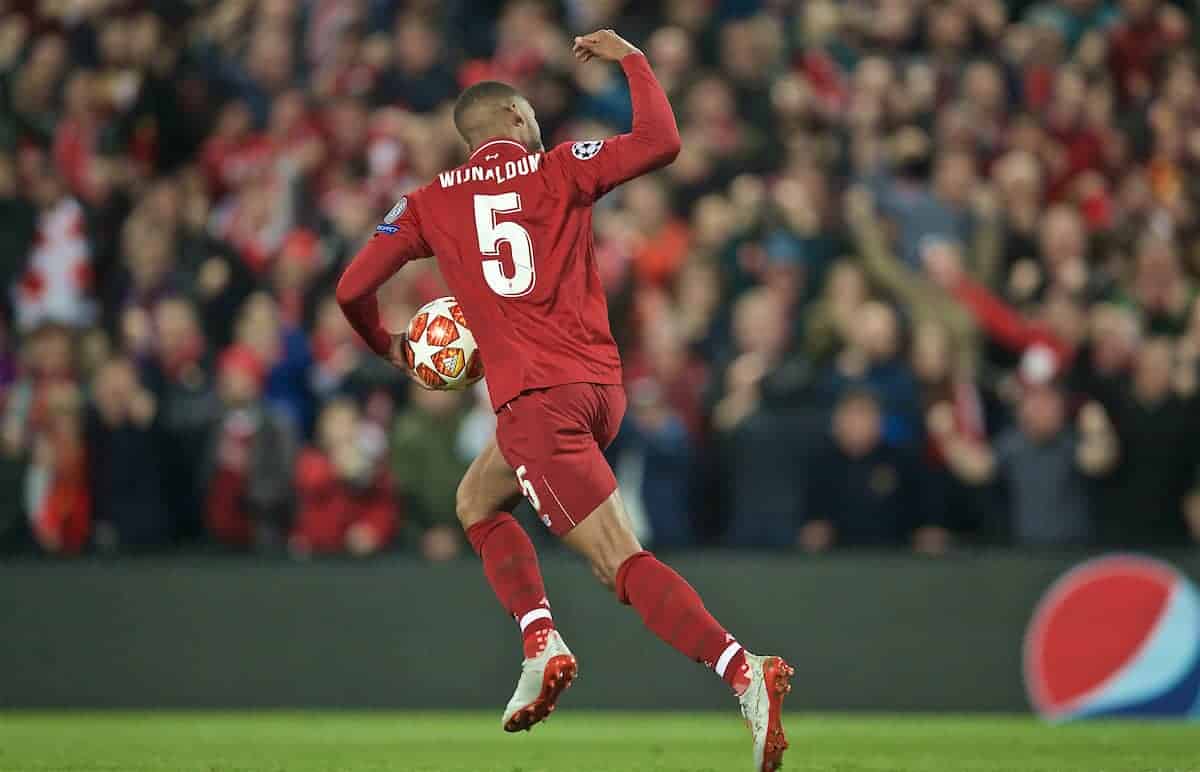 The midfielder received a perfect 10 from the Echo and the Mirror, a nine from the Indy, the Guardian and Sky Sports and an 8.6 for the stats-based FotMob.

Right here on TIA, Joel Rabinowitz gave another perfect 10—and the fans were in agreement, voting a 9.9 for the Dutchman and the best rating of the night for a Liverpool starter in their collective eyes.

Origi (9.3) earned the highest average from the watching media, as he continues to produce big moments in his Liverpool resurrection.

The Belgian earned a perfect 10-out-of-10 rating from the Mirror‘s David Maddock, who felt he “led the line with real strength and skill”, as well as scoring two goals.

Sky Sports believe Origi’s display “will never be forgotten”, as he further etched his name into Reds folklore, following on from his dramatic late winners against Everton and Newcastle this season.

Alexander-Arnold (9.1) was next up, on a night when he again showed why he is one of the most exciting young players in world football.

This is Anfield’s Rabinowitz hailed his all-round showing as “stunning” and the Echo‘s Ian Doyle lauded him as “insanely good.”

Taking home the bronze in the ratings Olympics was Alisson (9.0), who produced a huge performance in the Liverpool goal, making key saves to deny former Reds pair Philippe Coutinho and Luis Suarez.

Andy Hunter of the Guardian described the Brazilian as “commanding”, while Rabinowitz said that without his input the result “never could have happened.”

Fabinho was called “calm and considered on the ball” by Maddock, while the skipper’s “incredible powers of recovery” were lauded by Doyle.

Next up for Liverpool is the final game of a relentless Premier League season, as Wolves visit Anfield on Sunday afternoon.

Only a victory for the Reds will do if they want to snatch title glory, but they are also relying on a miracle from Brighton at home to Man City.

If they do fall short, there is the small matter of Madrid to look forward to on June 1!