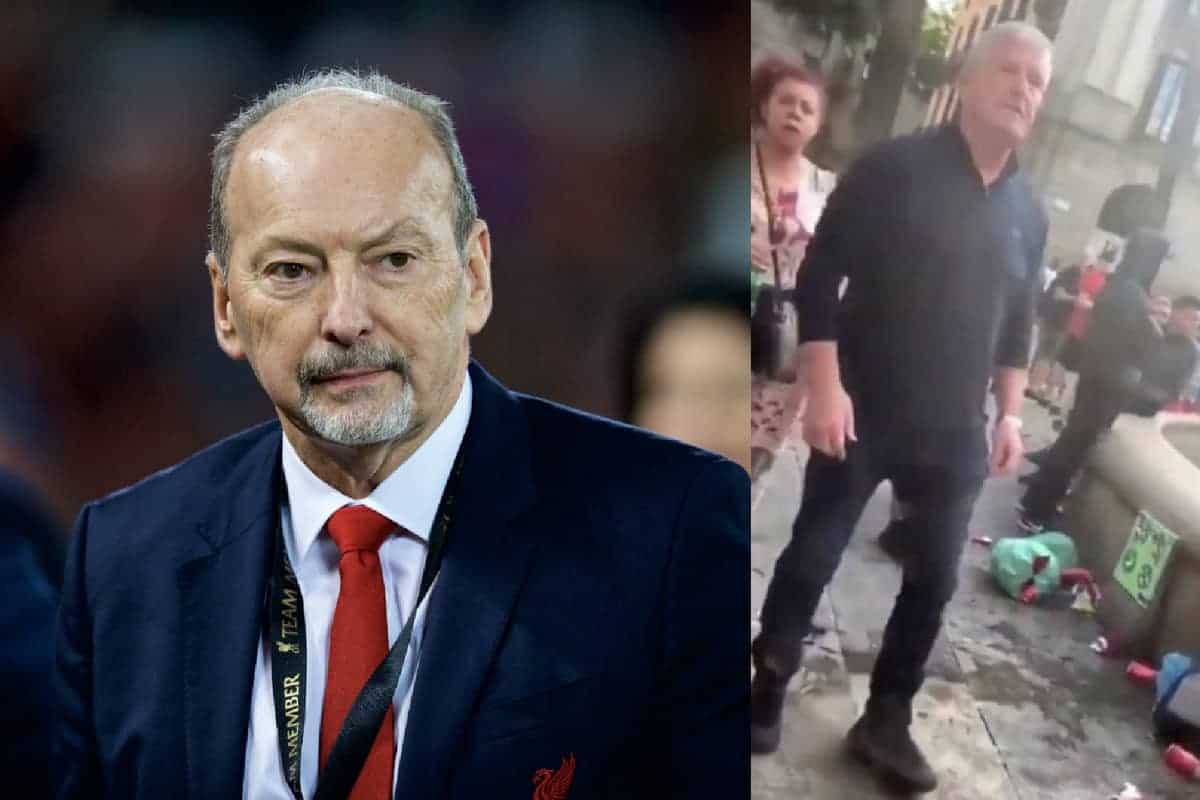 Liverpool chief executive Peter Moore has called on fans in Barcelona to “act in a manner befitting LFC” after minor disturbances in the city on Tuesday.

Later in the evening police cordoned off the square and forced all fans back on to the main tourist strip before walking them up the street to Placa de Catalunya, a main transport hub, where they dispersed.

Merseyside Police are understood to be aware of the existence of the video, as, apparently, is Moore.

“We proudly sing that we’ve conquered all of Europe. But let’s treat this beautiful city with the respect that it deserves, and act in a manner that is befitting of LFC,” the Reds chief executive wrote on Twitter.

“By all means have a good time, but we are Liverpool, and as such, let’s visit here with grace and humility.”

We proudly sing that we’ve conquered all of Europe. But let’s treat this beautiful city with the respect that it deserves, and act in a manner that is befitting of LFC. By all means have a good time, but we are Liverpool, and as such,let’s visit here with grace and humility.

On Tuesday, as thousands of fans began to arrive in the city for the Champions League semi-final first leg, Merseyside Police’s dedicated Twitter account for LFC fans tweeted the advice: “Eat, drink and enjoy all areas in the city centre. Respect monuments.”

Liverpool, as a club, condemned the behaviour as “totally unacceptable.”

“Liverpool Football Club is working with Merseyside Police and the authorities in Spain, who are endeavouring to identify those involved in the incident,” said a statement.

“Such behaviour is clearly totally unacceptable and will not be tolerated.

“It would be inappropriate to comment further while the situation is ongoing other than to confirm the club will follow due process in any and all cases of this nature.” 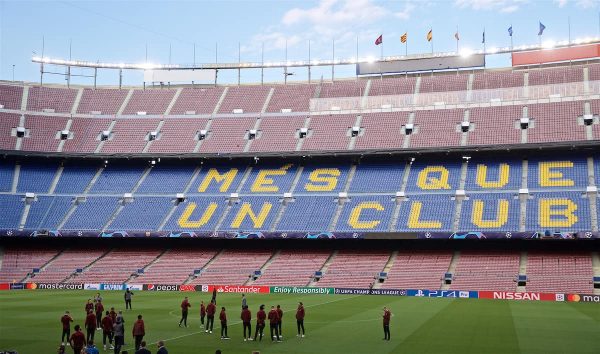 Merseyside Police confirmed six people had been arrested for public order offences in an unrelated incident.

“We are liaising with Spanish Police, the British Embassy, UEFA, the Football Intelligence Unit in Merseyside and Liverpool Football Club, who are all working to keep fans safe and ensure an enjoyable experience in Barcelona,” said Superintendent Paul White.

“We want to reassure the public that we can act on incidents using British Law and we will take action.

“This type of behaviour is wholly unacceptable and I want to remind fans who are travelling with tickets to monitor official fan advice on the club’s official website and social media feeds for information to assist their visit.

“Given the vigilance of police and security around the stadium, we would encourage fans to arrive in plenty of time.

“I would also encourage people to look after their own personal safety by taking some simple precautions—look after your money and belongings, stay together in groups, drink sensibly and give yourself plenty of time to get to the ground.”