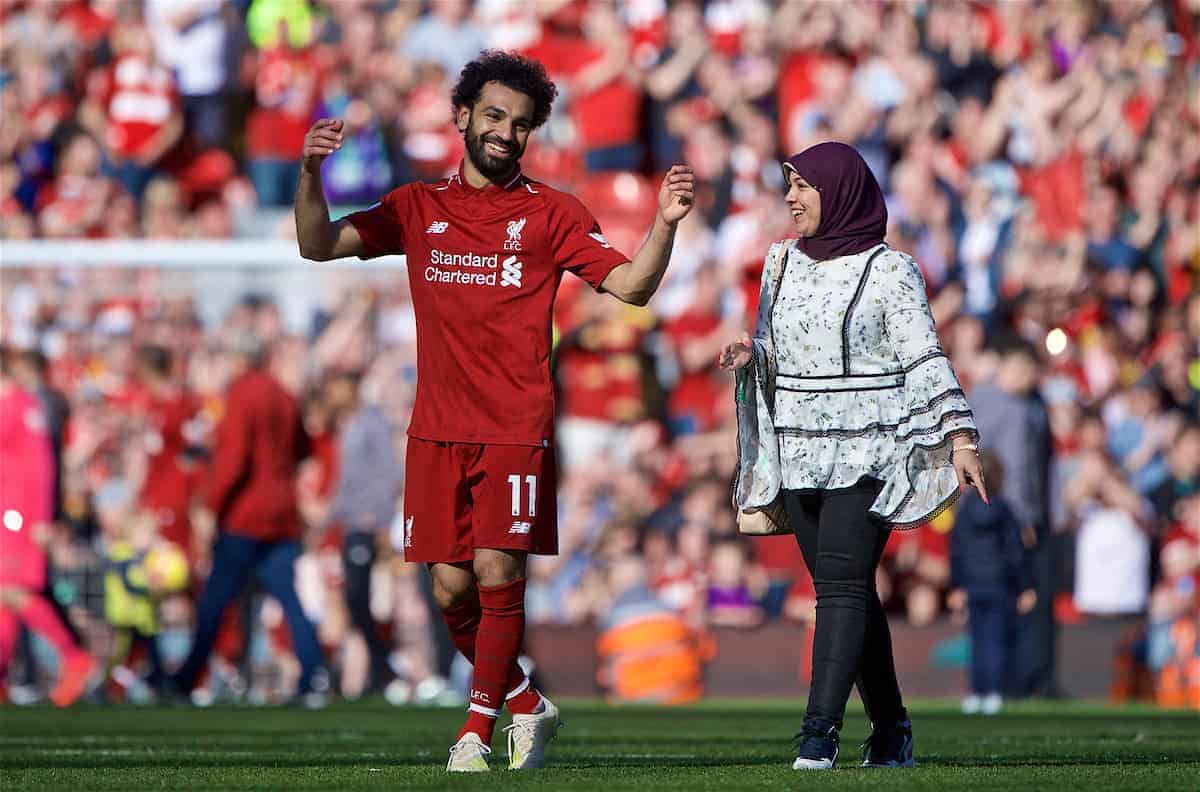 Liverpool may have just missed out on Premier League glory, but their players were still given a wonderful reception after beating Wolves on Sunday.

The Reds went into the final day of the league season hoping for a minor miracle from Brighton, who needed to take points off Man City.

It didn’t work out that way, however, as Pep Guardiola’s superb side made it back-to-back titles after a 4-1 victory at the Amex.

While the disappointment was clear at Anfield, despite Liverpool beating Wolves 2-0 thanks to Sadio Mane‘s double, the home supporters remained in great voice throughout.

Once the final whistle had been blown, Jurgen Klopp and his players returned for a lap appreciation following a stunning effort in the league, culminating in a club record tally of 97 points.

The footage taken inside Anfield is the perfect pick-me-up after failing to clinch the title, as this fantastic group of individuals were lauded by the masses, surrounded by their family members.

Led out by captain Jordan Henderson, the Reds receive a special reception from the fans, who perform another immaculate rendition of You’ll Never Walk Alone.

As Sir Kenny Dalglish and Ian Rush watch on, a number of the young children showcase their talent on the Anfield turf.

Virgil van Dijk is seen clutching his richly deserved Golden Samba award after an imperious campaign, and Klopp salutes the adoring faithful as they chant “we shall not be moved.”

It was a touching way to sign off at Anfield for another season, but Liverpool’s work is not yet done.

The Reds have a monumental Champions League final against Tottenham to look forward to on June 1, as they look to go one better than last season.

This Liverpool team deserves to go down in history as a great side and victory in Madrid would be the perfect ending.