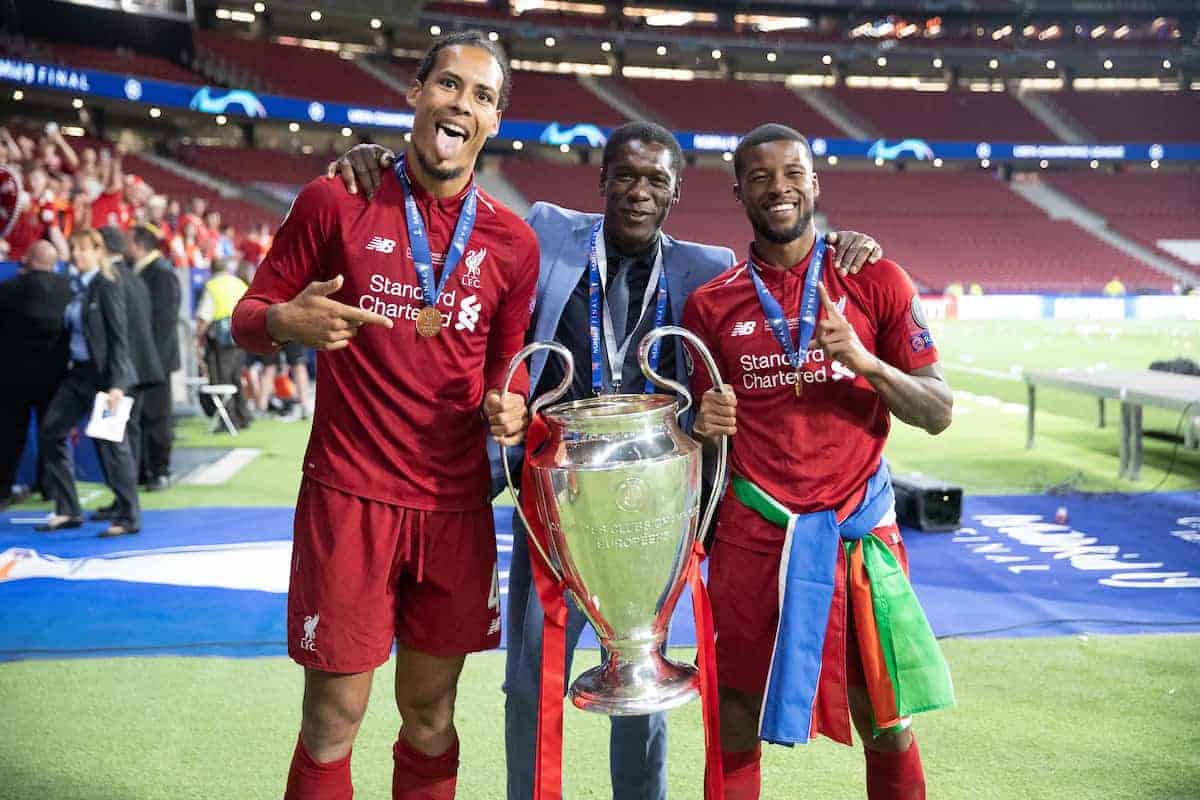 Van Dijk has cleaned up with individual honours so far this campaign, winning both the PFA Player of the Year and Premier League Player of the Season awards for 2018/19.

He was undoubtedly the standout defender in world football, and played a big role in Liverpool conceding just 22 goals on their way to a club-record 97-point tally to finish second in the Premier League.

The Dutchman followed that up by being named Man of the Match for the Reds’ Champions League final victory over Tottenham, and is preparing to take on Portugal in the final of the UEFA Nations League on Sunday.

Winning that game would only further reinforce Van Dijk’s claim to the 2019 Ballon d’Or, for which he is already the bookies’ favourite ahead of Lionel Messi.

Stopping Cristiano Ronaldo in Porto could convince the voters that he should become the first defender since Fabio Cannavaro in 2006 to win the prestigious prize.

For Wijnaldum, it is already decided, as he backed his team-mate to win the award last won by Luka Modric—the only player other than Messi and Ronaldo to pick up the honour in 10 years.

“He already had a good season, he is trying to stop everyone, that’s the way he’s playing,” the midfielder said on Saturday.

“For us he’s the best defender in the world. If you look at his season, he definitely deserves the Ballon d’Or but it’s not up to us to decide.”

The last and only Liverpool player to win the Ballon d’Or was Michael Owen in 2001, with Kenny Dalglish second in 1983, Steven Gerrard third in 2005 and Fernando Torres third in 2008.

Few could argue against Van Dijk taking the award, but it only continues to highlight the significance of his form, taking major plaudits in an unfashionable role.

For what it’s worth, the No. 4 himself has tipped Messi to win, simply because he is “the best player in the world.”

“I think he deserves it as long as he plays, so the Ballon d’Or is not something I’m definitely thinking about,” he told reporters after the Champions League final.

“But if it happens by any chance then obviously, I will take it, but I don’t think there is any case.

“I think he’s still the best player in the world. It doesn’t matter if he’s not in the Champions League final or not.”