Liverpool’s upward curve shows no signs of slowing down, with the team improving every year under the guidance of Jurgen Klopp.

A Champions League win on 1 June meant a first piece of silverware for the Reds with Klopp at the helm, but it is hardly a win out of the blue.

The Reds have been to League Cup, Europa League and another Champions League final under Klopp, as well as finishing runners-up in the Premier League last term.

This consistency in challenging for major trophies comes not just after big spending in the transfer market, but after clear and progressive improvements in team performances and player consistency levels.

Midfielder Gini Wijnaldum thinks it’s an indication of the team’s evolution, with both a technical and mental progression evident in the side. In fact, Wijnaldum told the club website that to a man, the entire squad has gone up a level, which has led to the upturn in results.

“We have evolved a lot. You can see it not only with the results but also with the way we were playing. We grew during the season.

“We started really well and we managed to win difficult games where in the past it was quite difficult and if we didn’t play really well we didn’t win the games that were really tough.

“But this season we managed to win those games. We learned a lot. Everyone is a better player than they were before.”

While part of that individual improvement is no doubt down to the coaching at the club, one or two players also contribute in this regard.

And nowhere is that felt more, says the No. 5, than in his compatriot and Reds’ centre-back, Virgil van Dijk. 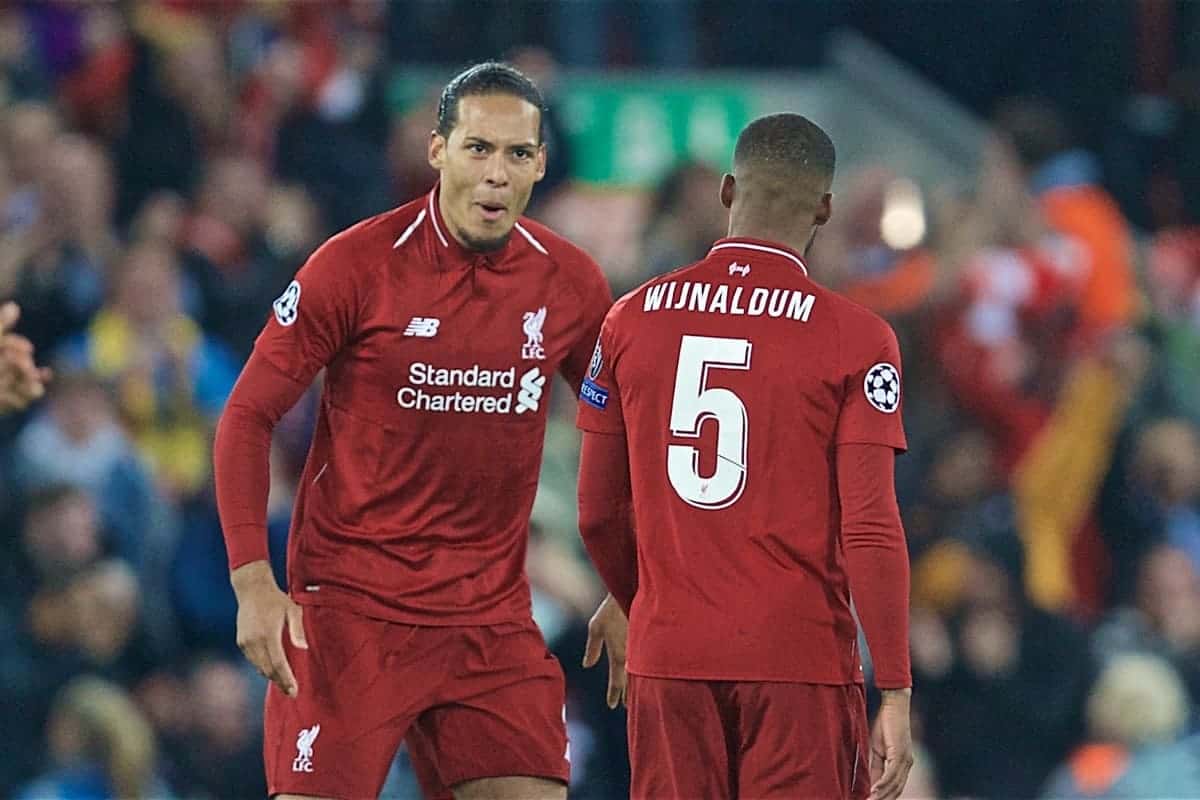 “What has impressed me the most with Virgil is that he’s consistent, he barely makes a mistake.

“What also impressed me is that other players play better when he plays; the defenders next to him defend better, the players in front of him play better because when you play and you know he’s behind you, you have a safe feeling.”

It’s fair to say that a vast majority of fans agree entirely on this latter point: when Virgil plays, we all feel safe!

Klopp and Co. will hope the improvement in individuals and the team as a whole continues next season, as the Reds look to challenge for major honours once more.