Liverpool goalkeeper Kamil Grabara is representing Poland at the European U21 Championships this summer and helped his side to a huge win on Wednesday.

Having beaten Belgium 3-2 in the group stage opener, Grabara and Co. went into this game against the tournament hosts knowing they’d be on the back foot for long spells.

So it proved, with Italy dominating possession and having plenty of chances—but a hard-working and organised Poland side ran out 1-0 winners to make it two wins from two.

Grabara faced something of an Italian onslaught in the second half, but made a couple of good saves and saw his near post come to the rescue once as he kept a vital clean sheet.

He was also handed the official Man of the Match award by UEFA and shared a cheeky post-game message on social media to the Italian front line.

After the final whistle, as the game’s best performer he was interviewed by UEFA and showed his mature side, in acknowledging his team’s efforts and performance level.

“If you win in the first game of the tournament, when you start properly the games, then the main thing is just to keep going, keep the rhythm and as you see we’ve got six points after two games.

“That’s the maximum you can get and that was our goal. We’ve been dreaming we can start the tournament properly as we did; maybe some people disagree if I say this is fully deserved but we just keep working hard on the pitch.

“I cannot say more because everyone sees what we’re doing on the pitch, it’s actually working well.

“It’s quite difficult to go past this wall, this Polish wall!

“It’s a great feeling, we’re not there yet, we’ve got the last game and we’ve got to do everything to keep going.”

A clearly confident young goalkeeper, Grabara impressed in his first loan spell away from Liverpool in the second half of last season at AGF in Denmark, having played a part last pre-season with the Reds’ senior side. 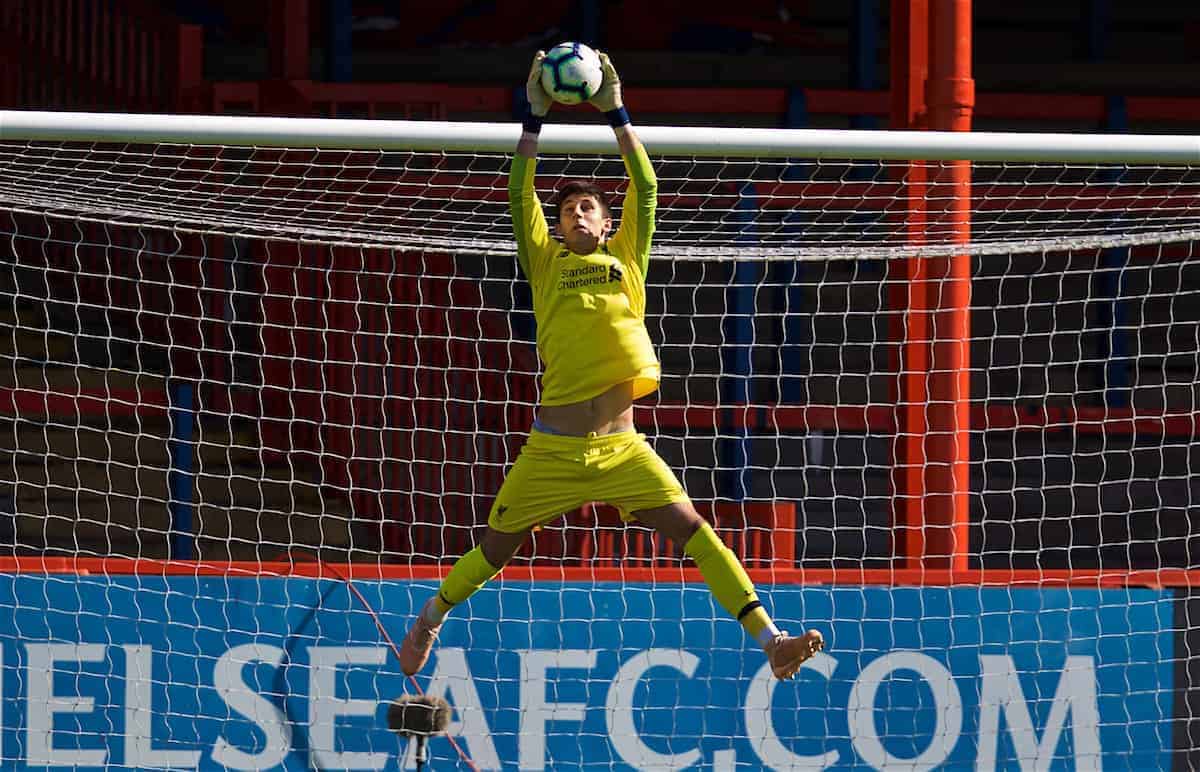 He may yet get another chance to do so this summer, with Alisson away with Brazil at the Copa America and Simon Mignolet‘s future as yet unresolved.

But the 20-year-old is likely to head out for a second temporary switch in 2019/20, to aid his development with regular first-team action.

A loan deal is likely to be struck for Grabara in the coming weeks; teams from Germany and Netherlands have already been linked with him.