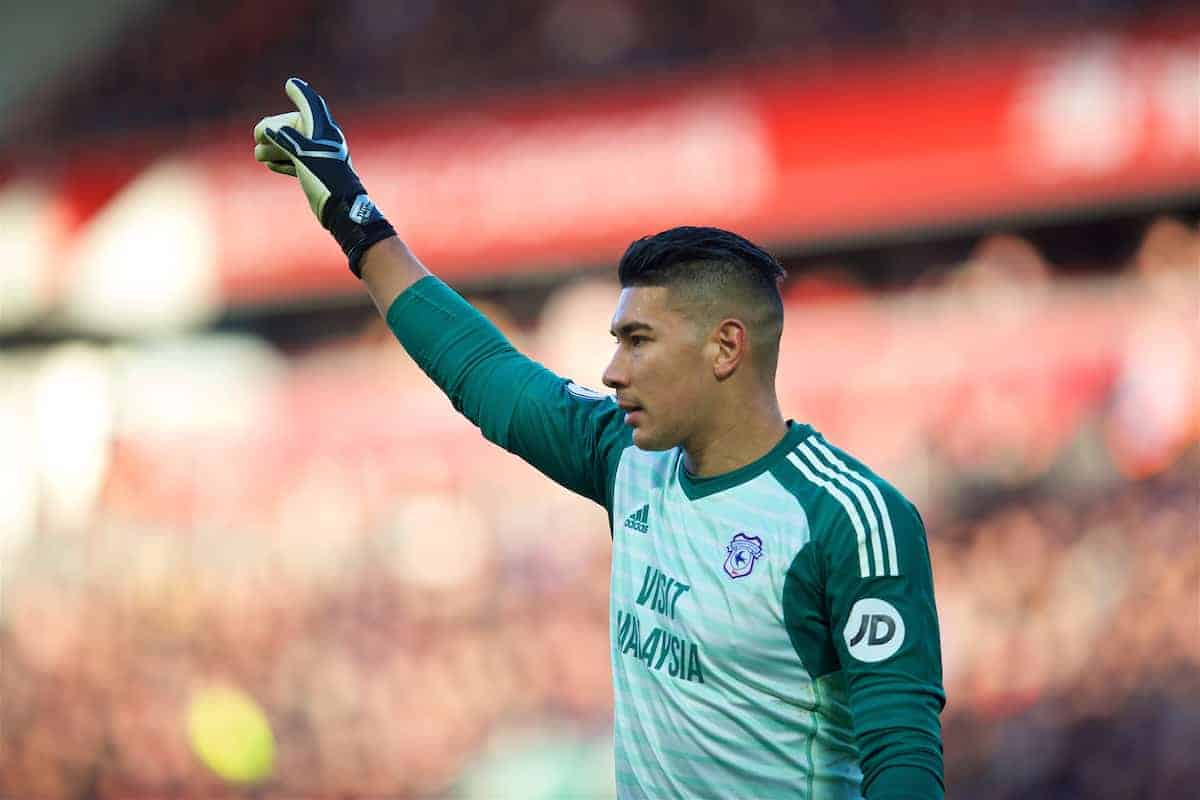 Liverpool’s search for a replacement for the outgoing Simon Mignolet continues, with Cardiff City goalkeeper Neil Etheridge the latest candidate to emerge.

Mignolet is set to leave the Reds this summer after six years, having lost his place as first-choice stopper, first to Loris Karius and now, indelibly, to Alisson.

Speaking to La Derniere Heure last week, the Belgian’s brother, Wouter, confirmed that Liverpool would “have to find a replacement” as Mignolet “wants to play and will need to change club to do that.”

He added that Jurgen Klopp‘s side “will need a good No. 2,” as they are set to lose one in his younger sibling, and it appears the club are considering a host of options.

Adrian, who is leaving West Ham on a free transfer, has been touted with switch to Merseyside, though Hammers chairman David Gold claimed his exit is due to the Spaniard being “desperate to play first-team football.”

If that is the case he won’t find that at Anfield, and instead the Reds could make a fifth signing from a side relegated from the Premier League in as many seasons.

According to Wales Online, Liverpool have “made an initial enquiry over [the] availability” of Etheridge, 29, who has just suffered the drop with Cardiff.

However it is stressed that they “have not yet launched a formal approach,” and he would be significantly more expensive than Adrian.

Aston Villa have already seen a £8 million bid rejected, while Fulham have been linked with a £10 million move—which is closer to the Bluebirds’ valuation.

Etheridge impressed between the sticks despite Cardiff’s difficult campaign, keeping 10 clean sheets in 38 league appearances as he played every minute of every game.

Mignolet’s replacement is unlikely to play more than a handful of games a season, with Alisson‘s inheritance of the No. 1 shirt symbolic of his immovable presence as first choice.

It could therefore be argued that a free transfer would be more sensible for Liverpool, though the club have recorded a record £250.9 million in earnings from the Premier League and Champions League this season.

The Reds have enjoyed success with players signed from relegated clubs in recent years, with Gini Wijnaldum, Andy Robertson and Xherdan Shaqiri all firm favourites.

Danny Ings, though, will join Southampton for £20 million this summer.