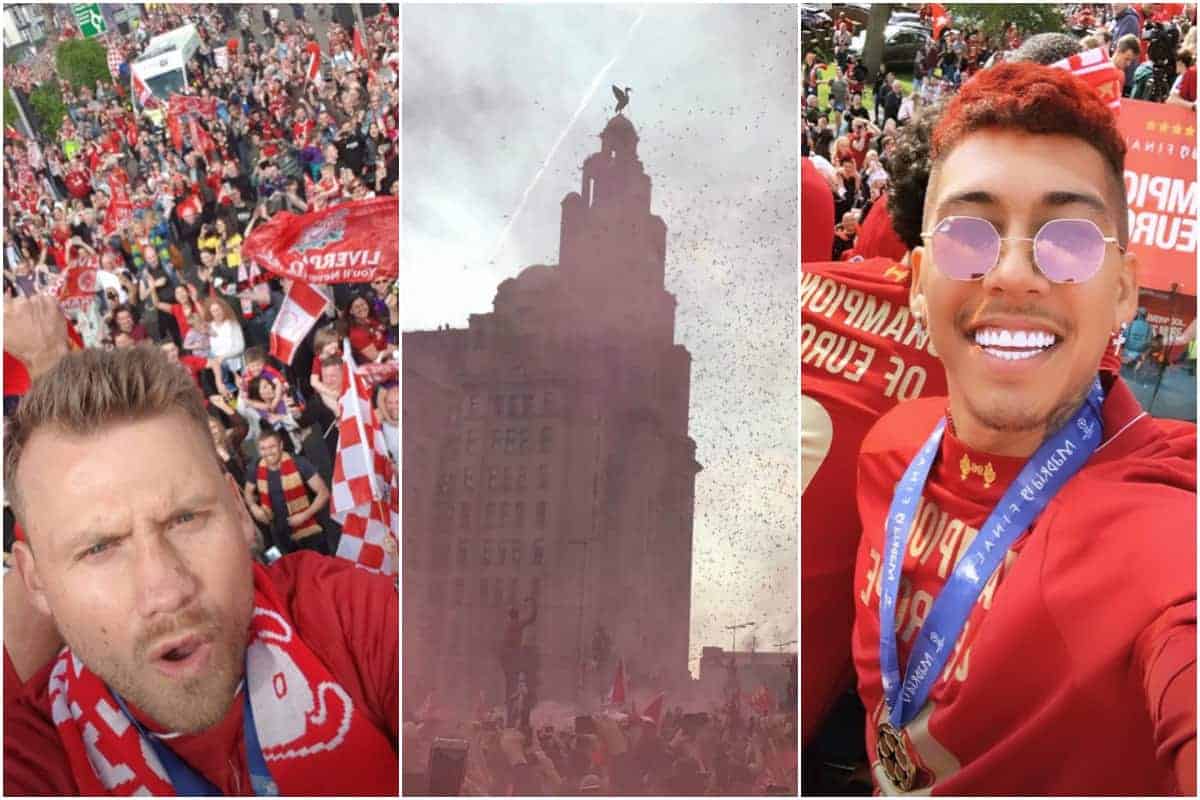 What do you do after a night of celebrating winning the biggest trophy in club football? You celebrate all the next day, too, of course.

Social media was absolutely ablaze with an incredible collection of videos and photos on Sunday afternoon, each of them capturing Liverpool’s Champions League parade from a unique standpoint.

Only the vantage points were different, as fans, players and club staff alike revelled in the joy, the passion, the emotion…in the sheer amount of Red.

For those lining the streets, there was a wait to endure…or rather, to enjoy, as even that became part of the occasion, part of the celebration of being part of a club as massive as Liverpool.

The bus isn't due on the Strand for another 2 hours ? pic.twitter.com/ka9zYX0vMi

As the bus made its way toward the city centre, there were some streets to go past lined with local fans…

…and others absolutely jammed full of riotous, joyful, delighted Reds.

Oh my days, I have never seen anything like Childwall Fiveways just now! #LFCParade pic.twitter.com/f4VYAXwpCJ

Catching a glimpse of their heroes was what these supporters wanted…but the occasion was every bit as important, as relevant and as deserved for the actual players—who were also keen to capture the moments to remember.

What. A. Feeling. ?? #YNWA pic.twitter.com/CoqUuGEHts 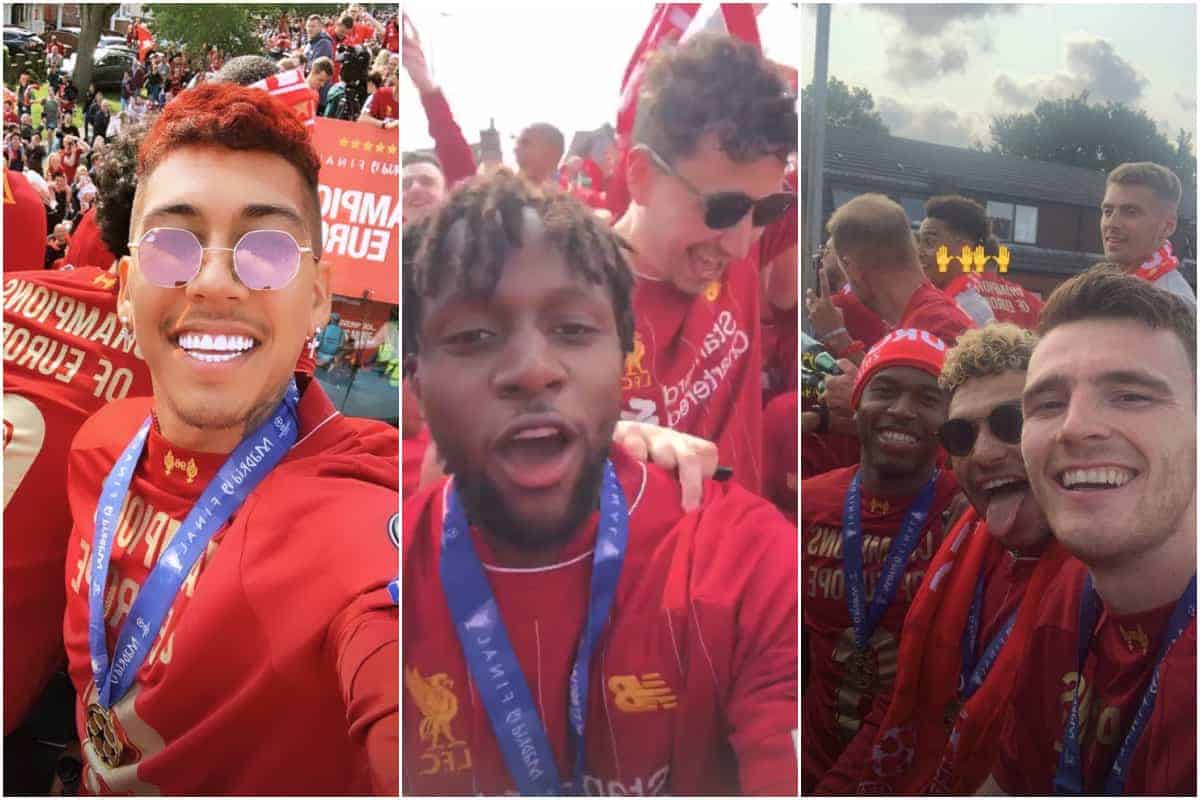 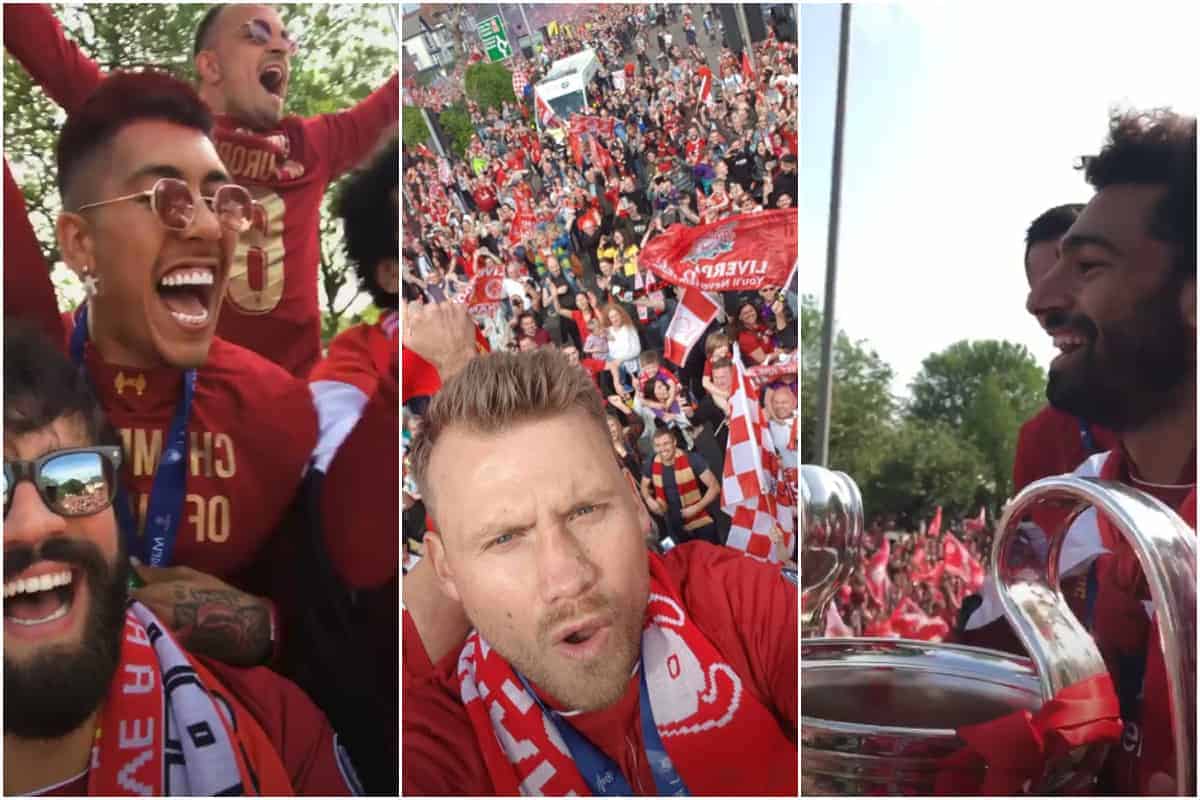 It wasn’t all about the videos either—sometimes a picture tells more than a thousand words!

Jurgen gave the count…though we’re not sure if he’s referring to European Cups won or the number of beers he had while hanging off the back of the bus!

Once the bus approached the end destination, it was apparent just how incredible the support was, just how magnificently the fans had put themselves out to welcome back a team which gave everything for them this season.

We do things different here ?? pic.twitter.com/In9vRj6RU4

Individuals make the difference, but the collective is always worth more, as Jurgen himself loves to point out—so the efforts of the city itself deserves recognition and respect.

What an amazing afternoon – #Liverpool turned red for #LFC thanks to @lpoolcouncil & @CultureLPool for the #fireworks to greet the team pic.twitter.com/hFTU6zqMny

Liverpool are back, and so is the European Cup!