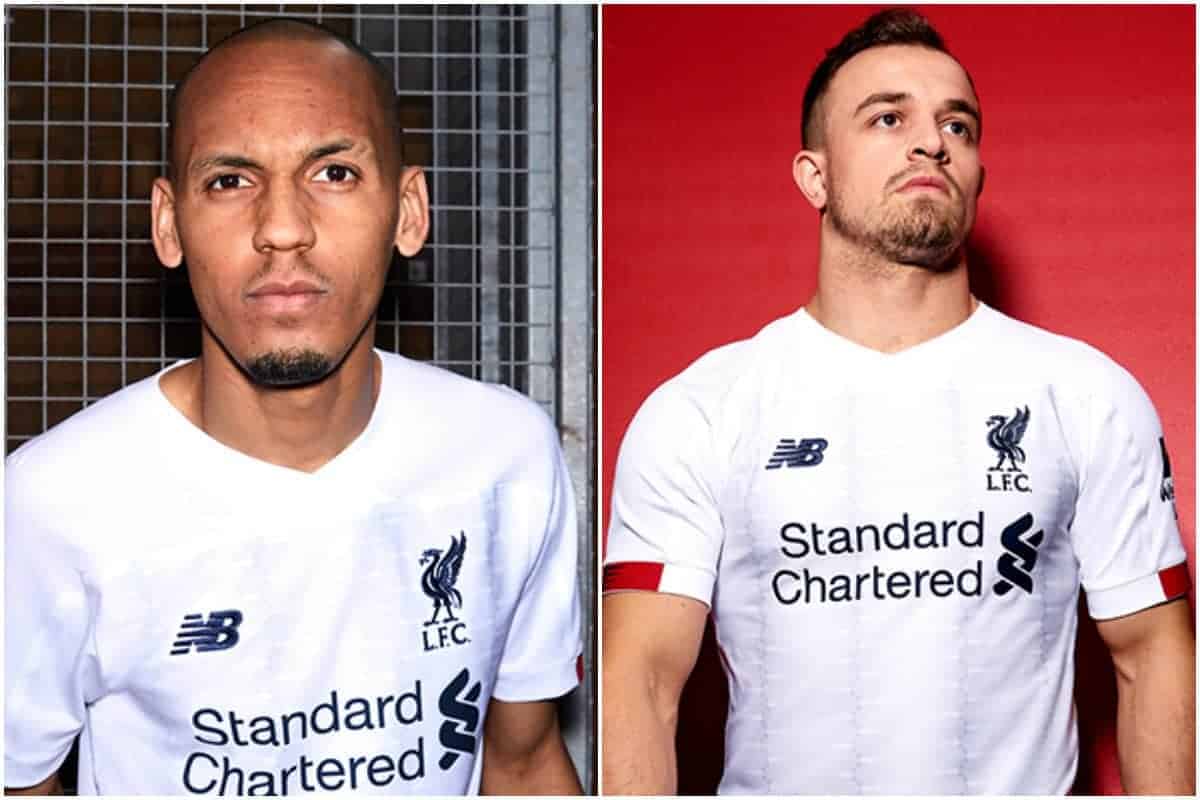 Liverpool have revealed their new away kit for the 2019/20 season, with supporters giving it positive reviews on the whole.

The strip was officially unveiled on Friday, as fans were shown what the newly crowned European Champions will be wearing on their travels in 2019/20.

It is a predominantly white kit with navy shorts, and manufacturers New Balance claim that it “takes inspiration from iconic street signs around Anfield.”

There is also the signature of legendary Liverpool manager Bob Paisley OBE on the inside of the neck, giving players that little bit of extra motivation when they take to the field.

New kits are a big part of modern football, so it is no surprise to see supporters airing their views on it.

Many like the clean look of the new kit…

That #LFC away kit is spectacular.

I said, “I like the new shirt, Sadio”. pic.twitter.com/WrUt6u5KFp

I’ll never be able to wash the drink stains out of it after the #scenes when we win #7 & #19 in this. pic.twitter.com/6XLbcXzxDm

“I think this looks great.”

Yep, sold on this away kit. ??? pic.twitter.com/GnF3jjkD0m

New away kit is refreshing, love it. Happy to hear any reasoning on why you don't like it? #LFC

“Love it. Not too busy nice and plain.”

There were some who weren’t bowled over, though…

Would have preferred the new Away kit to have black shorts instead and the accents on the kit to be gold & red, similar to the 1979-1982 away kit. pic.twitter.com/a5sfazlycm

“Don’t like it tbh. Won’t be buying it this season”

“Bland, hope the 3rd kit is more vibrant else I’ll stick to the home shirt.” –

Others were a little unsure about similarities with other teams’ strips…

Getting an England kit vibe https://t.co/9hH7lH85k1

“Since when did we become Bolton?”