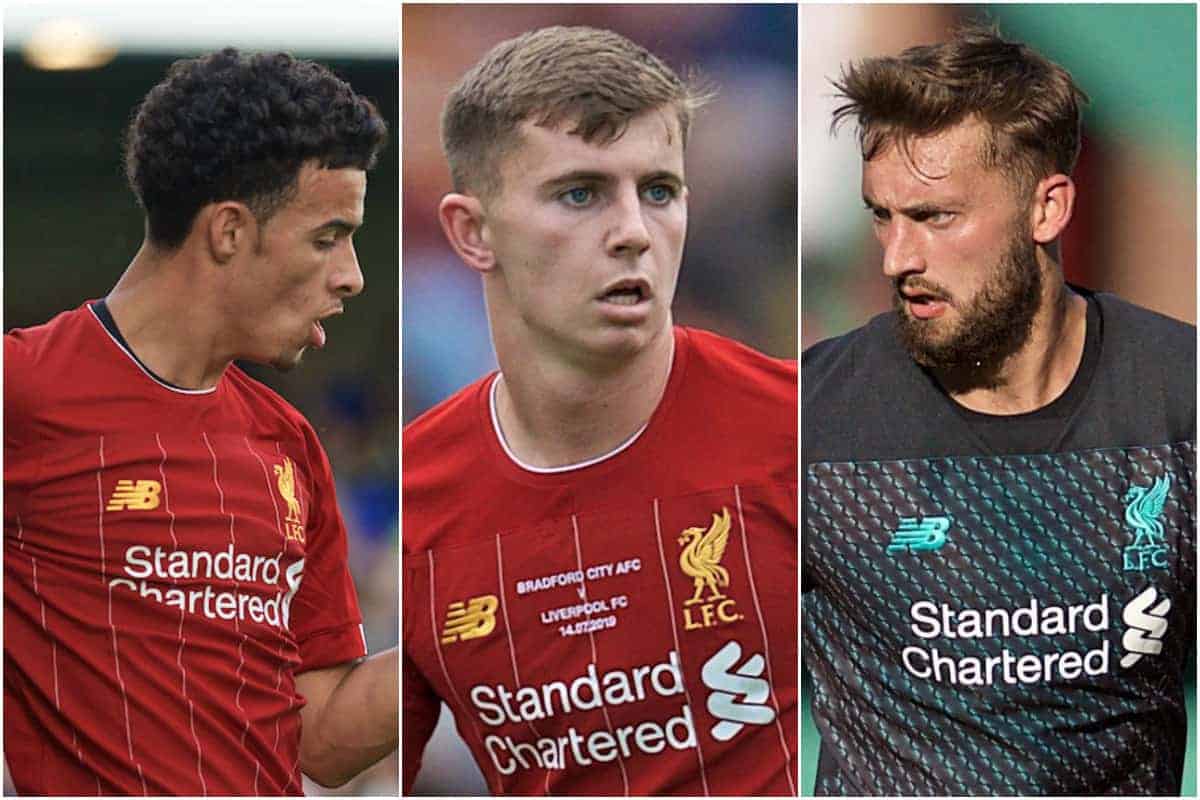 Three young Reds from Liverpool’s squad on tour have been left to train with the U23s this week, as Jurgen Klopp prepares for the start of the season.

It will come as a disappointment to the trio to not be involved, particularly with some of the manager’s words in his press conference about the week ahead.

Liverpool now head to Evian on a training camp for what the boss called “the most important week of pre-season,” but Nat Phillips, Curtis Jones and Ben Woodburn will not be involved.

The three did not travel to Scotland for the friendly against Napoli and are instead finishing off their summer with the U23s, where they will top up their pre-season training and matches away from the seniors.

Klopp offered the explanation of simple numbers as to why that was the case in a press conference ahead of the Community Shield. 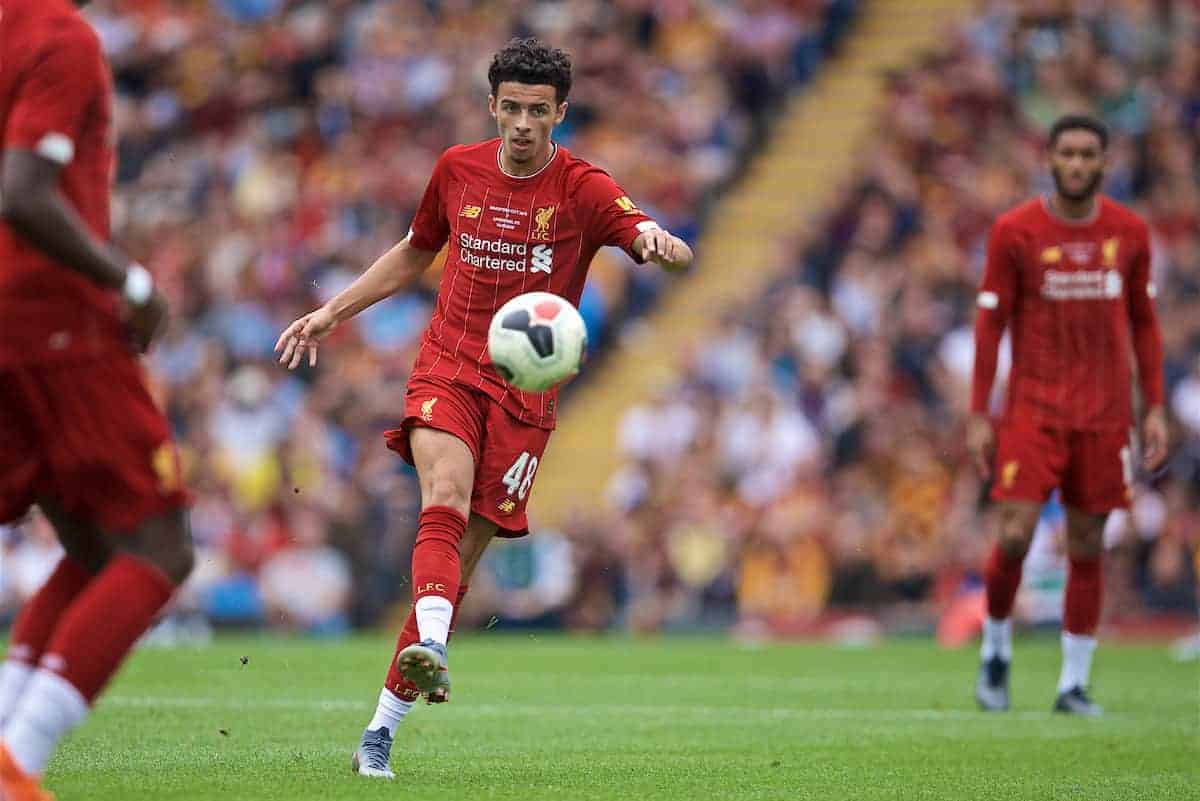 “We have players coming back so we decided they don’t train with us,” the boss said.

“That’s it, the number of players we have, we don’t need the numbers and they can have pre-season with U23s, having games and sessions.

A reasonable stance—except when it’s considered that other young players are in that number.

Bobby Duncan and Rhian Brewster are still with the side, as are Ki-Jana Hoever and new signings Sepp van den Berg and Harvey Elliott. 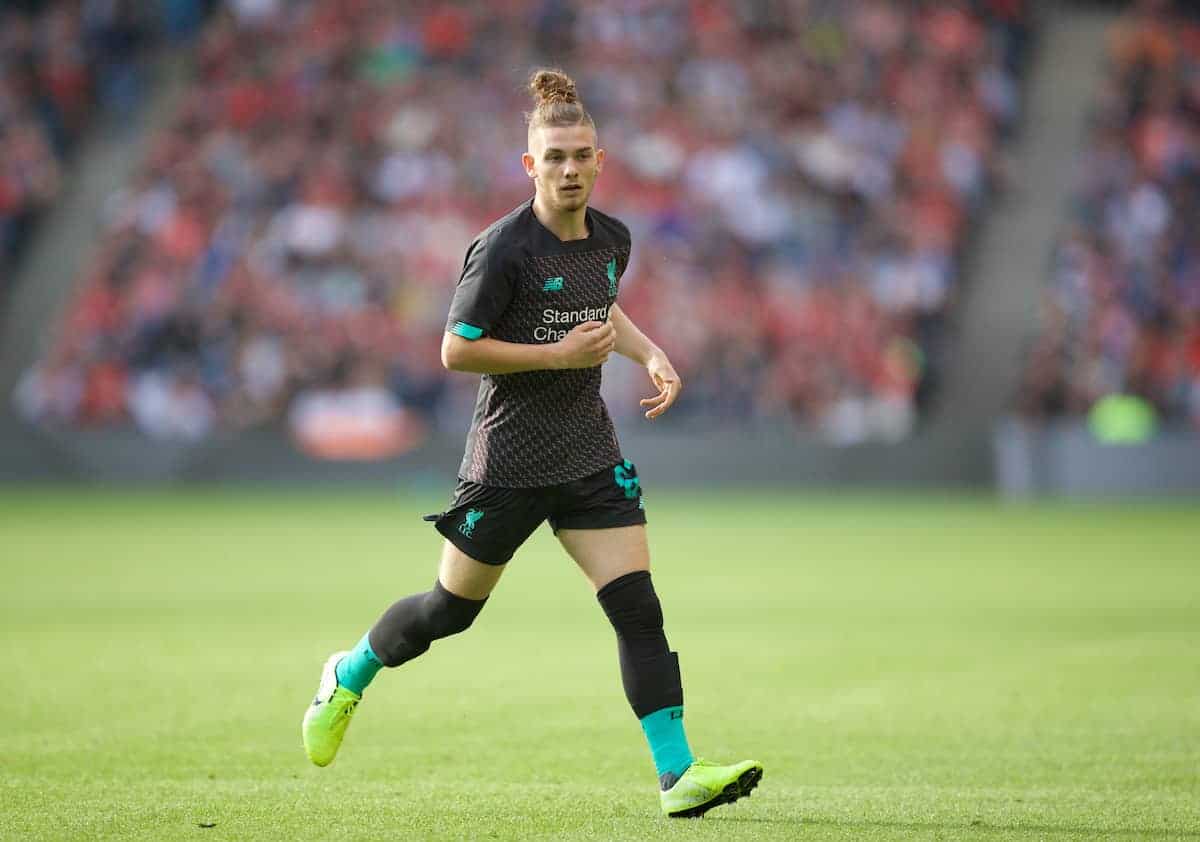 None are over 18, while Woodburn is now 19 and Phillips much older at 22. It’s almost certain that the centre-back needs to head out on loan this year if he’s to prove his worth as a senior option, while the same could now be the case for the creative duo.

There was better news for one youngster, though, in Brewster.

The striker shone early on in pre-season before finding the going rather tougher Stateside against better opposition, but Klopp has reiterated that there’s no pressure on him.

More important is his continual progression and development, and the fact he has come through pre-season with no injuries. 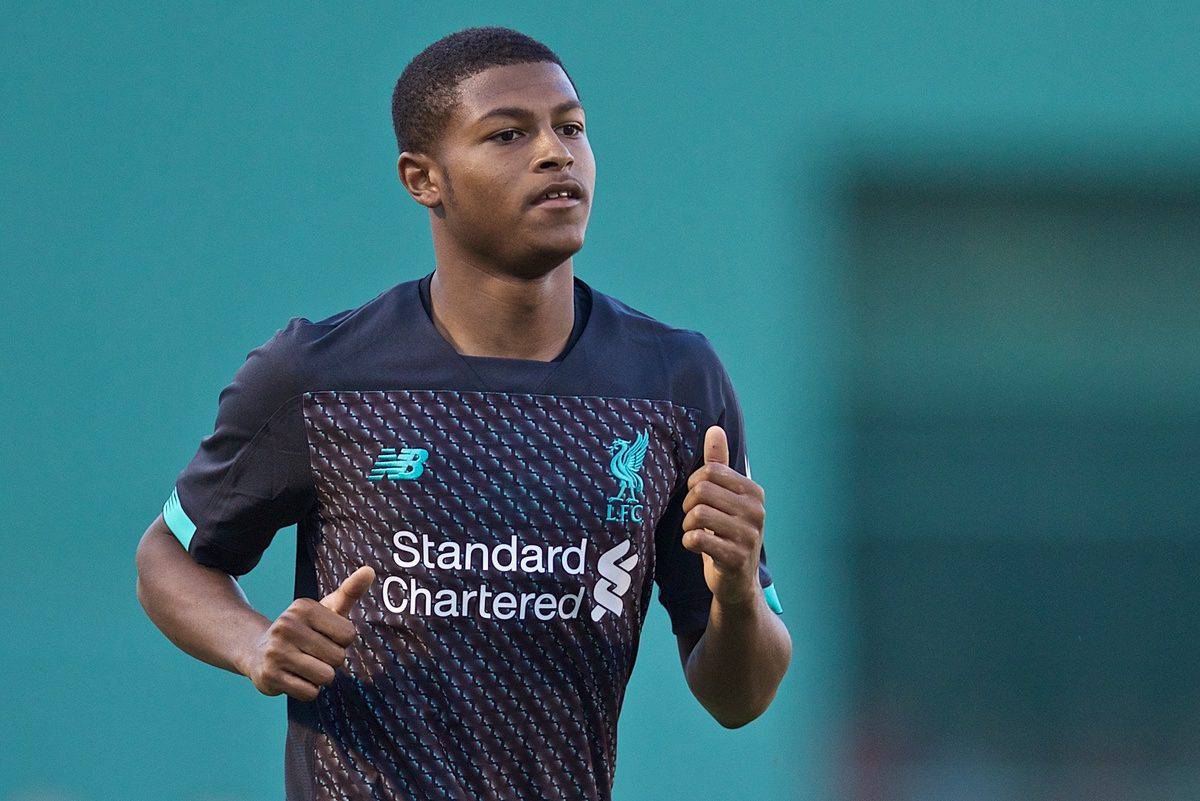 “He’s close but this was his first first-team pre-season. He started well but then you feel your legs, its a different kind of football.

“No kind of pressure on him, just play as good football as you can. With the talent and attitude he has, everything will be fine.

“In a lot of moments he looks really good, but he looks tired also. Now he can build the things he needs and the future is bright.”

With Divock Origi likely to lead the line at the start of the season there may be an opportunity at some point for Brewster to feature, but fans may have to be patient to see him explode onto the scene in a competitive environment.