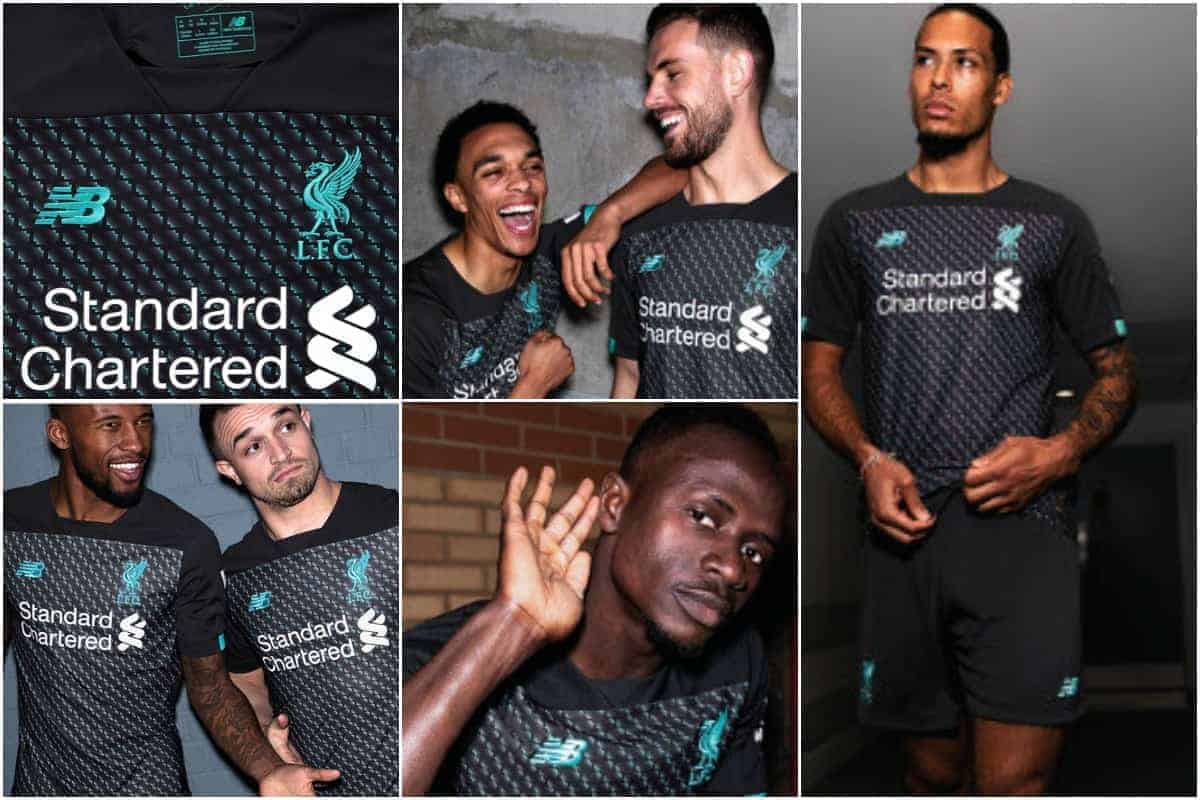 Liverpool FC have officially released the new third kit for the 2019/20 season.

Photos of the new strip were leaked online weeks ago, but the Reds have now officially released the kit, which is available now.

Described as a “phantom black colour with embroidered club crest and New Balance logo in vibrant Tidepool – a colour reminiscent of the iconic Liver Birds that sit atop the Royal Liver Building in the centre of Liverpool.”

The Reds will wear the new kit in their friendly against Sevilla in Boston on Sunday.

The new kit is manufactured by New Balance and could be the final one from the US-based company, with their deal with Liverpool expiring at the end of this season.

Like the home and away kits this season, the shirt features Bob Paisley’s signature on the inside of the neckline – a tribute in the year in which ‘Sir Bob’ would have turned 100 and the long-lasting legacy he left at the club. 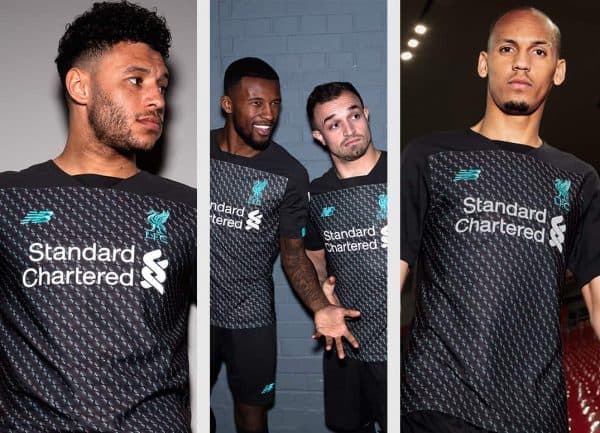 New Balance write that “a bespoke graphic across the front of the jersey, also in “Tidepool” pays homage to the iconic shape of Liverpool’s street signs.”

Of the new design, Trent Alexander-Arnold said: “It’s always special to pull on the Liverpool shirt. The fact this one is a celebration of my city and the streets I grew up playing in makes it even better. I can’t wait to wear it on the pitch.”

General Manager of New Balance Football, Kenny McCallum, said: “It was really important for New Balance to create a third kit that truly celebrates the fabric of the city and its unique identity. The club is steeped in heritage, – this design brings that to life. We’re really looking forward to seeing it in action away from Anfield and in Europe.”