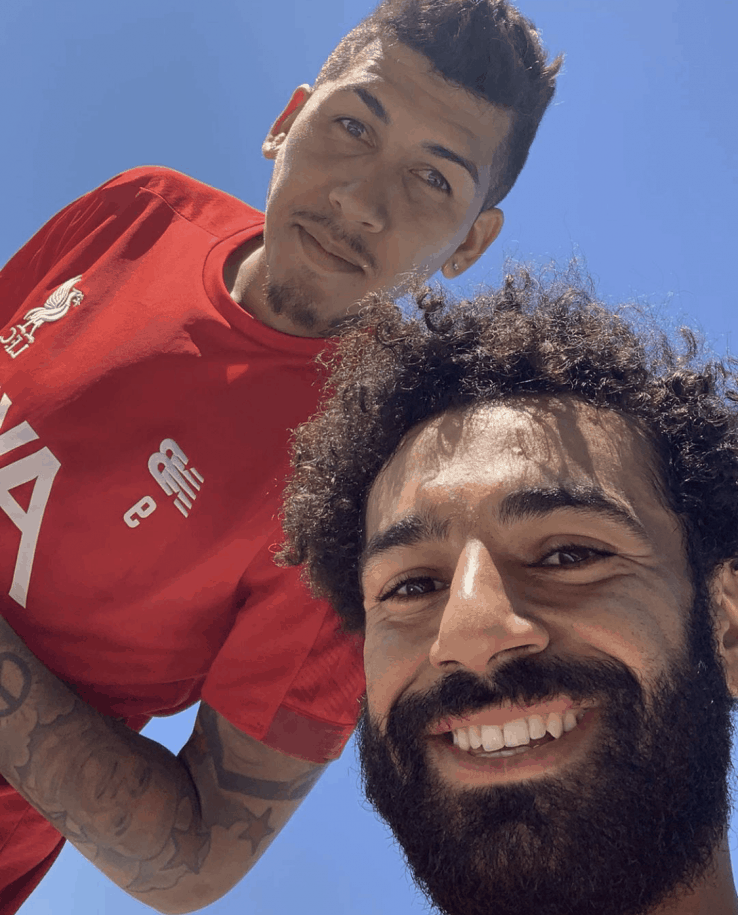 The Liverpool squad continue their pre-season training in Evian on Tuesday and a quintet of returning faces have significantly boosted the boss’ options.

Roberto Firmino and Alisson are back after a triumphant summer with Brazil, where they won the Copa America on home soil.

Mo Salah and Egypt couldn’t quite replicate that success in the Africa Cup of Nations, but the key forward has also returned to training—and so have Xherdan Shaqiri and Naby Keita, both of whom have been injured.

All five are expected to make substitute appearances against Lyon on Wednesday night, with Jurgen Klopp saying they could get 30 minutes’ vital playing time.

First, though, it’s back into training with some fitness tests and running, as the coaching staff prepare the quintet for the 2019/20 season.

While Sadio Mane is yet to return, the forward line is boosted significantly by the availability of the No. 9 and 11.

Back with the Reds ? #LFC #LiverpoolFC #LFCPreSeason #Liverpool #Salah

Thankfully, they all look pleased to be back in training and with the rest of the squad, even though their summer breaks have perhaps not been quite as long, or as in-sync, as they might have liked.

On the flip side, it’s good to see the earlier-returning members are pleased to have them back, too!

Shaqiri and Keita, in particular, will be hoping to have a big impact in their second seasons on Merseyside, after suffering injury-hit campaigns last time out—but their sporadic successes give hope that there’s much more to come.

Another session or two of training lies ahead before Wednesday’s game, then it’s straight into the competitive action, starting with the Community Shield against Man City at Wembley.