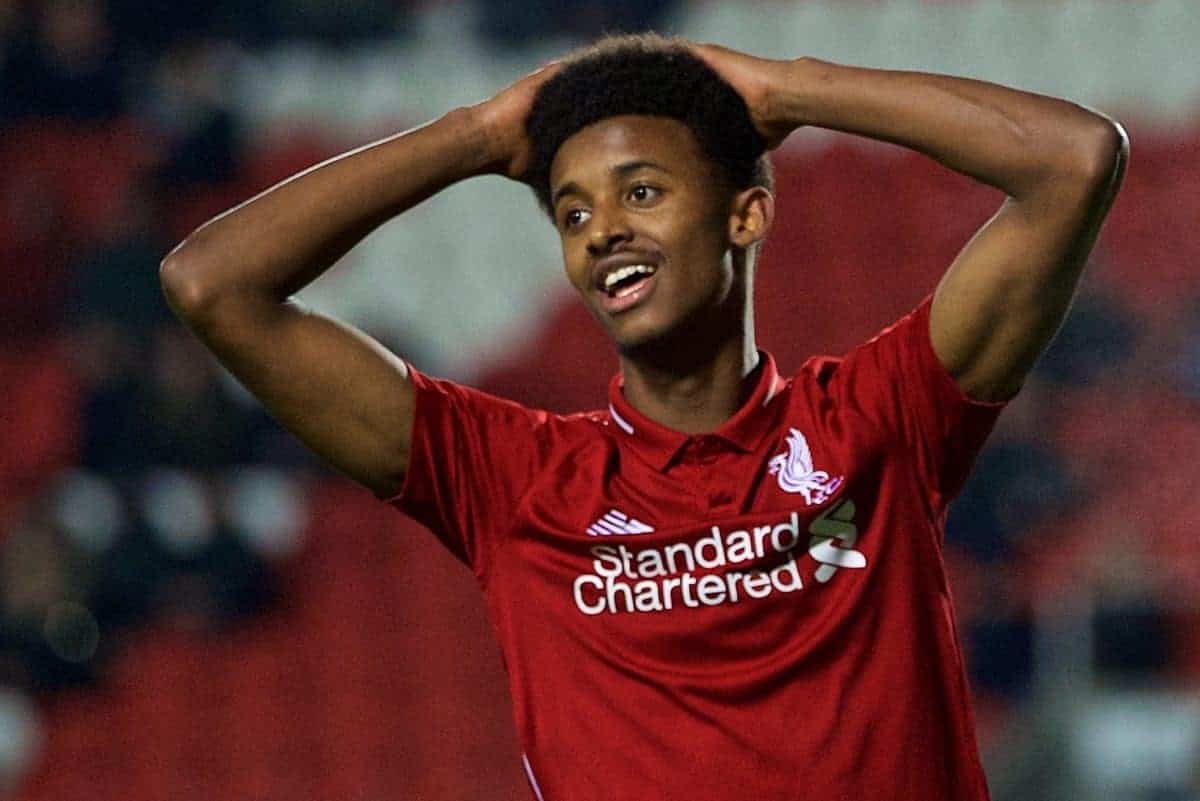 Liverpool have tied down promising young midfielder Abdi Sharif to his first professional contract, which should spell good news for the club’s academy.

The release of the Reds’ retained and released lists following the 2018/19 season sparked concern over Sharif’s future, as he was confirmed to have not yet agreed a deal.

He was listed alongside Bobby Adekanye and Edvard Tagseth as players offered new terms, but with that duo destined for the exit, it suggested the teenager could follow suit.

Fortunately, Liverpool announced three weeks later that Sharif had put pen to paper on a pro deal, following the likes of Paul Glatzel, Rhys Williams and Morgan Boyes in doing so in 2019.

Unlike Glatzel, and to a lesser extent Williams, Sharif has functioned to little fanfare outside of Kirkby so far, but he’s certainly a player worth keeping an eye on. 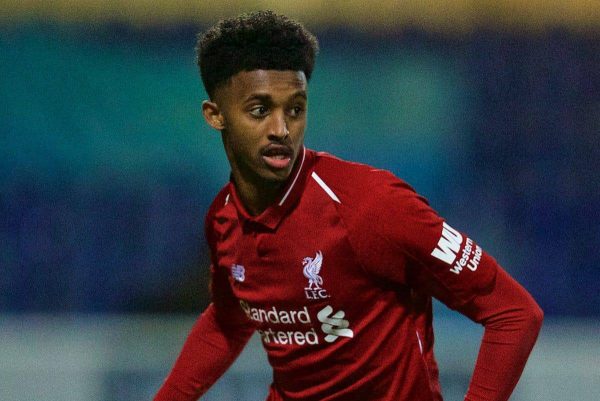 Sharif was born in Somalia, but moved to Merseyside as a six-year-old, plying his trade with a host of local sides before catching the eye of Liverpool scouts.

Raised in Toxteth, the youngster is yet to return to his home country and now considers himself a Scouser, joining Trent Alexander-Arnold, Adam Lewis and Liam Coyle among the club’s local representatives.

“As a kid, a local kid, growing up here, I think the best thing would be to play for Liverpool’s first team,” he told the club’s official website in 2018.

“There’d be no better thing than that.” 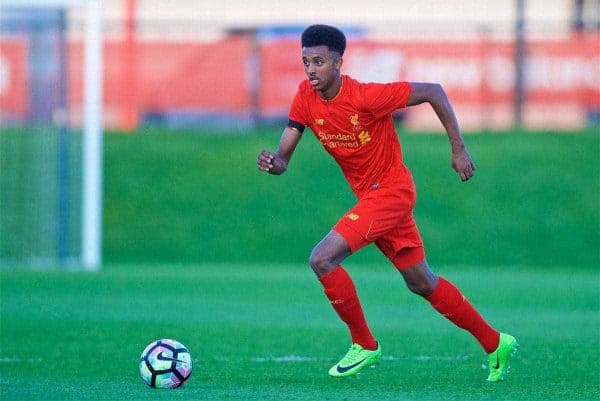 His debut for the Liverpool under-18s came as a 15-year-old in 2016, starting at right-back in a 3-1 win at Newcastle, in a side featuring Kamil Grabara, Conor Masterson, Rafa Camacho and Yan Dhanda.

Sharif went on to make 13 appearances for Neil Critchley‘s side that season, including starting all four games in an unbeaten March, and kept his place for the rest of the campaign as he showcased his ability in midfield.

He was a regular in Steven Gerrard’s squad in his only term as U18s manager, and the legendary No. 8 offered him some sage advice as he struggled to break into the starting lineup.

“Physically he can hit big numbers. He is a very strong runner, leggy,” Gerrard explained.

“He has found himself out of the team and off the bench in recent weeks, so we are trying to push Abdi and make him more aggressive and improve him in possession.

“Abdi is certainly an important member of the squad moving forward.” 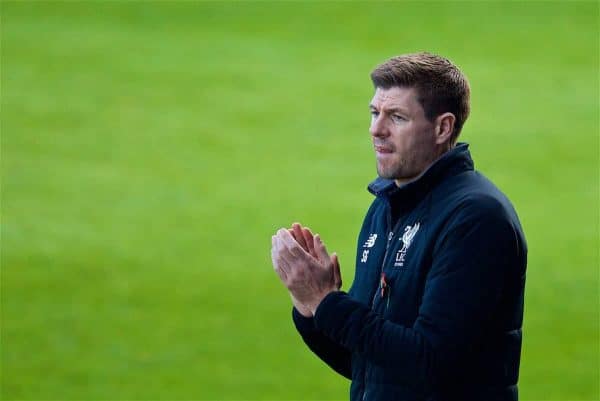 Sharif took this on board, saying “for me to reach my potential and to go far in my career, I need those kind of pushes.”

And no doubt the presence of Gerrard at Kirkby throughout 2017/18 will have aided his progress.

Brought into the under-23s fold towards the end of that season, Sharif was a regular part of Critchley’s squad in pre-season, and went on to make his full debut in a 2-0 win over Swansea in January.

That game saw him tee Glen McAuley up for a header for the second goal of the game, and across the age groups he finished 2018/19 with three goals and six assists in 28 outings. 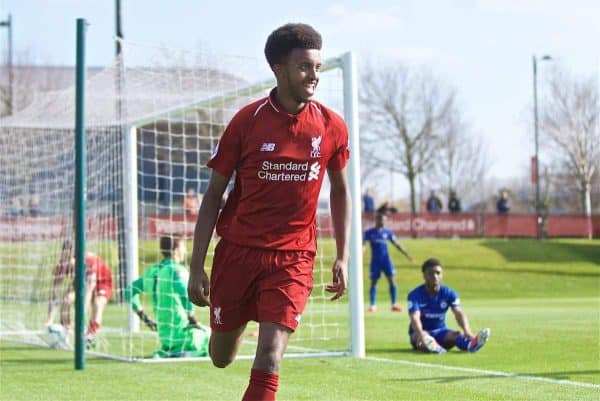 Sharif is often praised for his remarkable fitness, as Gerrard attested at the start of 2018, and this was reflected in U18s manager Barry Lewtas‘ appraisal in April.

“He always smashes all the fitness tests, he’s got great athleticism and we’ve been really focusing on that with him this season, getting him to make those forward runs,” Lewtas told Goal‘s Neil Jones.

“We want him running in behind, using those attributes.

This conclusion, that “he can play too,” is crucial, as while Sharif’s endurance is invaluable, it should not define him, as he is an interesting, multifaceted talent. 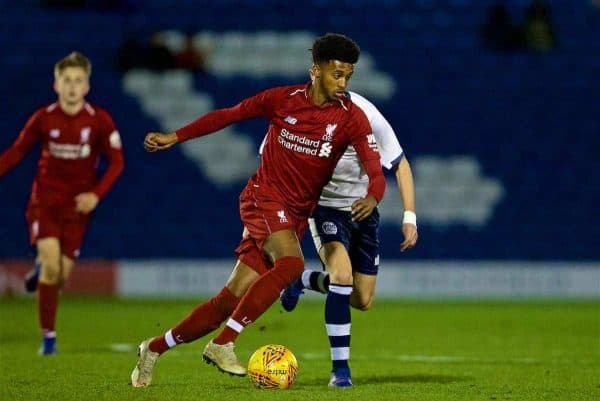 He began his career as a centre-forward, but has operated in a variety of other roles from right-back to out wide, as well as both deeper and further up the pitch in midfield.

His best position is as an overlapping central midfielder, breaking the lines with third-man runs to support the likes of Glatzel and Bobby Duncan.

This versatility and tactical flexibility can be very useful for Critchley as he plans for the campaign ahead with Sharif as part of his U23s squad.

Liverpool are likely to be short of midfielders in their academy this season, as along with Tagseth’s departure, Herbie Kane, Ovie Ejaria, Ben Woodburn and Curtis Jones are all likely to head out on loan and Pedro Chirivella will leave permanently. 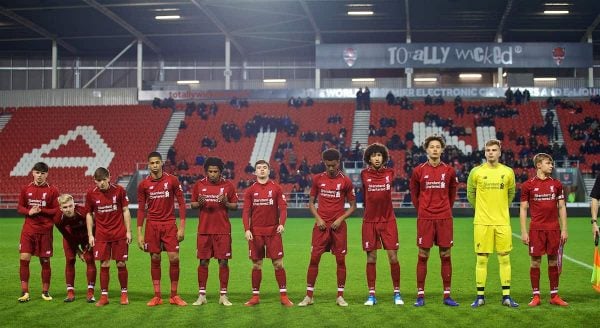 It is possible, therefore, that Sharif joins Coyle, Isaac Christie-Davies and Elijah Dixon-Bonner as principle options in the middle of the park, possibly joined by U18s stars Leighton Clarkson and Jake Cain.

At just 18, this would be a big responsibility for the Scouser, and his decision to commit to the club should pay off.