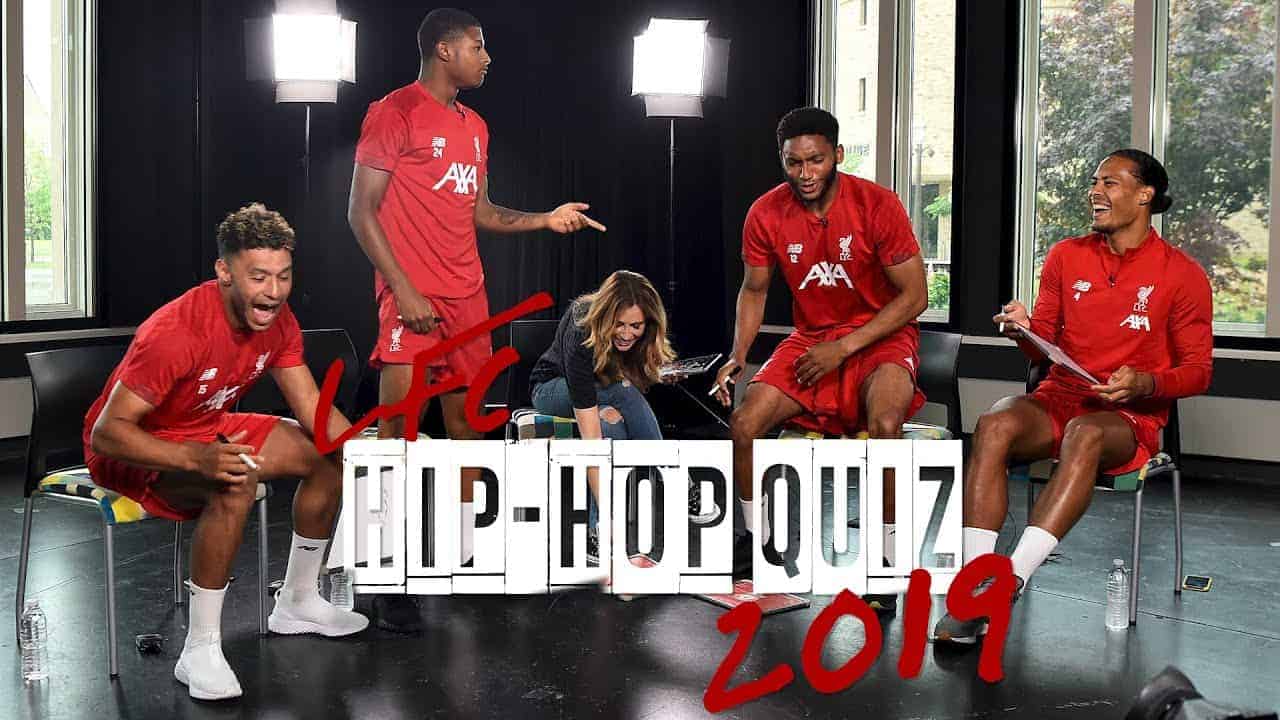 A mix of competitiveness and hilarity are on show as four Liverpool players lock horns in the LFC Hip-Hop Quiz 2019.

Daniel Sturridge took home the prize last season, but the striker has left Anfield this summer, meaning a new champion would be crowned.

The Liverpool quartet sat down during the tour of America and what unfolds is a hilarious watch for any Liverpool supporter.

With quizmaster Susannah Collins putting them through their paces, the four Reds favourites battle for supremacy.

The bickering begins immediately in the general knowledge round, due to an incorrect spelling by Gomez, while Van Dijk is laughed at for one of his early answers.

Gomez is ridiculed by his teammates for forgetting the lyrics to a world-famous Drake song, while the naturally funny, much-mocked Brewster has a nightmare of his own in the album round.

It’s Van Dijk who trails after three rounds, however, with Oxlade-Chamberlain admitting it is the first time he has seen the centre-back “flustered”.

Predictably, it’s Brewster who provides the biggest laugh for those around him, leading to hysterics when he incorrectly guesses Cardi B, a woman, when shown a photograph of a male rapper as a youngster.

He and Van Dijk are eliminated, leaving Gomez and Oxlade-Chamberlain to fight for the ‘prestigious’ prize.

In the end, it’s Ox who ends up the victor, taking Sturridge’s crown in the process and dedicating his victory to Liverpool’s former No. 15—whose squad number Oxlade-Chamberlain has now inherited.

As is the case with so much of the content the club releases these days, this further highlights the team spirit that exists in Liverpool’s squad.

There is nothing fake about the friendships on show and Klopp has created an environment where a group of hugely likely individuals are pulling in the same direction.