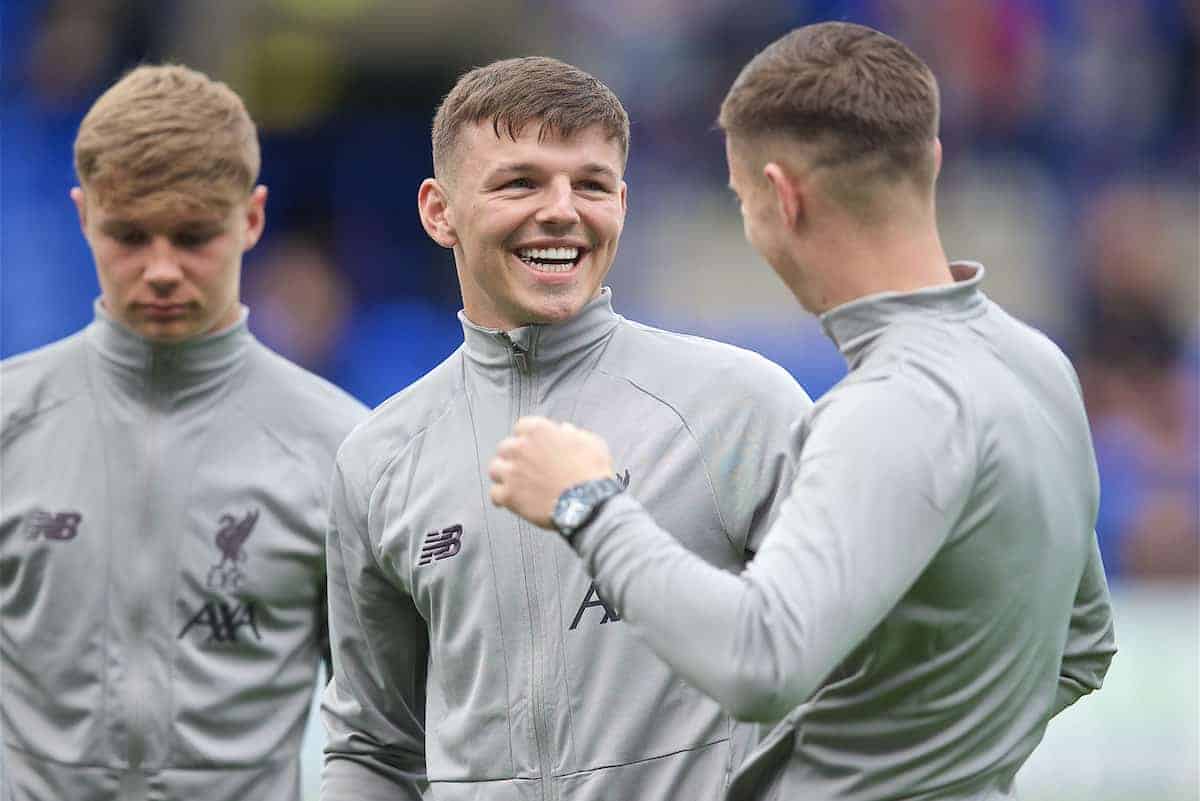 Just over a year after joining from Man City, Bobby Duncan is looking to leave Liverpool, with the striker’s efforts showing the big calls facing young talents.

EDIT: Since publishing, Bobby Duncan’s agent has released a statement claiming that the club are “mentally bullying and destroying the life of a young man.” Liverpool FC have denied these claims.

When Bobby Duncan arrived back on Merseyside last summer, he described it as a “dream.”

“[I have] waited so long for this day to finally come, [joining] a club I’ve grown up watching and supported all my life,” he wrote on Instagram.

“[Liverpool is] my boyhood club, my dream! Now let’s get down to business.”

The youngster, born in Whiston, had trials with Everton and Liverpool as a child, but eventually joined Wigan via Mossley Hill and St Helens Town, before being signed by City as a 10-year-old.

After a year in limbo due to turning down the offer of a new contract in Manchester, Duncan signed a three-year deal with the Reds, who paid City a compensation fee of around £200,000.

Now, Duncan is claimed to be frustrated with the club’s stance over his future, with Liverpool having turned down offers from FC Nordsjaelland and Fiorentina in recent weeks—the latter a loan-to-buy package worth just £1.6 million.

At just 18, given his upturn in fortunes over the past year, this seems a strange situation for the striker—a relative of Steven Gerrard—to find himself in.

But there are obvious factors behind Duncan’s desire to leave the club he loves, which paint the difficult landscape players are forced to navigate at an increasingly younger age.

At academy level, forwards are more often than not judged, at least on a basic level, by the numbers they produce.

If, for example, Jurgen Klopp is looking to flesh out his first-team ranks—whether that be in training or on a matchday—a cursory glance at the stats sheet at Kirkby would give him an indication of who is ready to make the step up.

Duncan’s numbers in his maiden campaign back on Merseyside proved his ability: in 43 games, of which 33 were starts, the striker scored 30 goals and laid on a further 16 assists for the Reds’ academy sides.

He was the top scorer and assist-maker not only academy-wide, but he also scored more and created more than any player in the first team, too.

These included important goals for the under-18s: most prominently, a thunderbolt against his former club to help Liverpool on their way to FA Youth Cup triumph over City in April.

Duncan was given further opportunities with the under-23s as the season progressed, and it was a welcome sight to see him included as part of Klopp’s squad for pre-season.

“When you are already in the club then the door is always open for you to the first team,” the manager explained in July.

“The thing is you have to go through by yourself—we only open the door, we don’t push you through.

“I’m very open for exciting football players and if the boys show up, good for them and good for us.”

Duncan scored one and assisted one in pre-season, featuring against Tranmere Bradford, Sevilla, Napoli and Lyon, with Klopp hailing him as a “striker through and through.”

But though this suggests the summer was wholly positive for the teenager, Duncan played just 129 minutes over those five games, with late arrivals Harvey Elliott and Sepp van den Berg and goalkeeper Dan Atherton the only players to clock fewer over multiple appearances.

He was also cut from the squad for the second half of the first-team training camp in Evian, and with Elliott and Rhian Brewster remaining, his standing became clearer.

There is no denying that, when it comes to the future of Liverpool’s attack, Brewster is the focus for Klopp and his backroom staff.

At the beginning of pre-season, the manager had already confirmed he told Brewster “he has an important role this year,” adding that the scale of his impact in the campaign ahead “depends on him.”

The 19-year-old has started ahead of Duncan in all three U23s games so far, with the latter’s only start coming for the under-21s against Oldham in the EFL Trophy.

On the wings, where he played at times during pre-season he has the likes of Elliott, Curtis Jones and, if he stays, Ryan Kent to compete with.

And while he can be considered young for the U23s, Duncan is just three months younger than Brewster.

Brewster’s lack of first-team minutes at this stage of the season already shows the challenge for any young player aiming to break into a side featuring Mohamed Salah, Sadio Mane and Roberto Firmino, with Divock Origi and Xherdan Shaqiri in reserve.

So if Klopp’s young priority is being left to wait patiently for likely opportunities in the FA Cup and League Cup, Duncan’s prospects are even slimmer.

Furthermore, the manager’s comments on Paul Glatzel following the youngster’s ACL injury in the opening friendly of the summer at Tranmere—saying “when he is back he will be one of my boys”—hint at another roadblock for Duncan.

Despite posting slightly lower numbers, with 29 goals and 10 assists in 34 games last season in the academy, Glatzel was the better performer than his strike partner, and arguably a better fit for Klopp’s team-centric game.

Trent Alexander-Arnold is held up as proof the academy system works, and his emergence should be applauded—as he is the best to step up from Kirkby since Gerrard.

But it has also unsurprisingly stifled the progress of other young players in his position.

This is perhaps why Rafa Camacho left for Sporting CP in June, and why like Brewster, Hoever is yet to make a matchday squad in the Premier League this season.

Duncan grew up alongside Jadon Sancho at City, and the 19-year-old’s bold move to Borussia Dortmund in 2017 is now the blueprint for young players who, unlike Alexander-Arnold, are without a clear pathway at their current club.

Brewster himself considered it, after attracting offers from Borussia Monchengladbach and RB Leipzig last year, but now his staying has become another obstacle for Duncan.

Though Duncan has been criticised by fans for his attempts to leave, perhaps this is simply the crossroad the best players will increasingly find themselves in at such a young age.

The question, therefore, would be to stick or twist, and in Duncan’s case it appears he may, again, be looking to move on as he aims to further his burgeoning career.