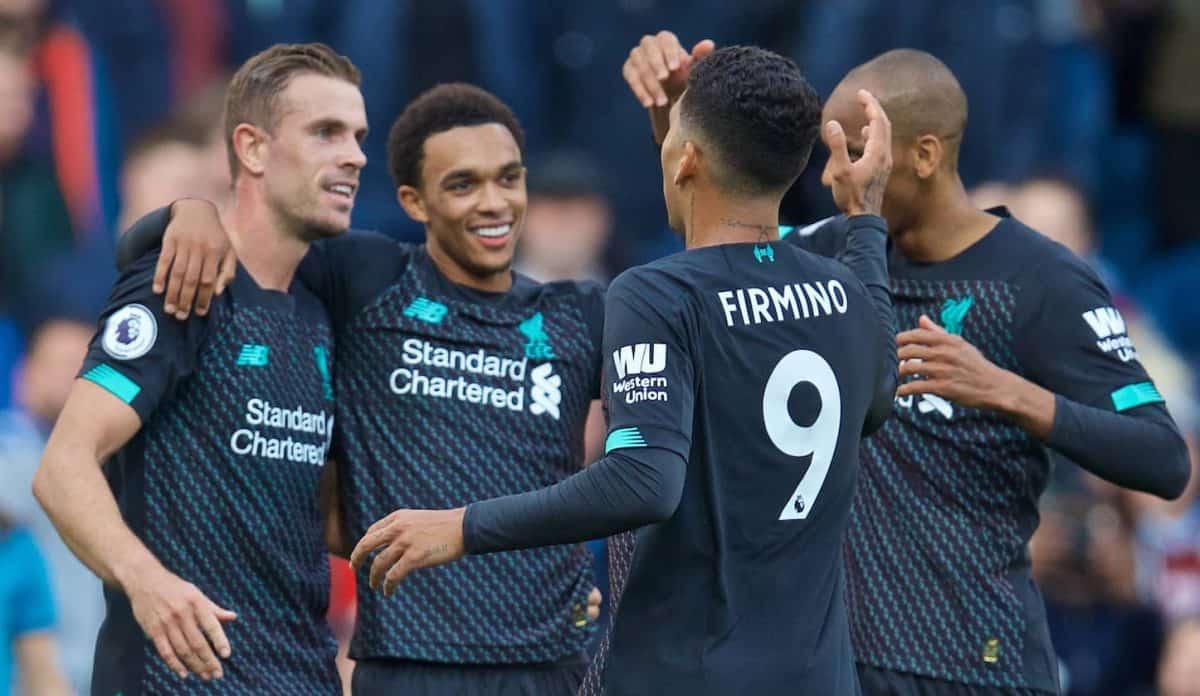 Liverpool were outstanding as they beat Burnley 3-0 at Turf Moor, returning to the top of the Premier League and breaking their all-time winning league run.

Adrian continued to deputise for Alisson and it was a relatively quiet evening for the Spaniard.

He made an important early save to deny Chris Wood, getting down sharply to his right, but was otherwise untested in the opening 45 minutes.

That continued after the break, as the 32-year-old kept a first clean sheet for his new club. 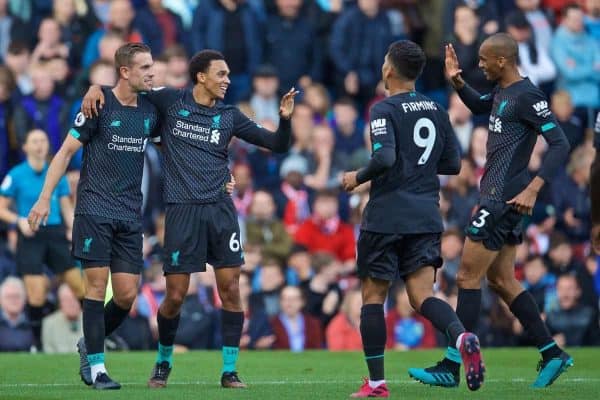 There was the option for Jurgen Klopp to use Joe Gomez at right-back, given Burnley‘s muscle, but Alexander-Arnold got the nod.

He fully justified his selection, thriving down the right flank in an attacking sense, ‘scoring’ the opener which was officially given as a Wood own goal.

It was a goal that had echoes of Ronaldinho’s against England back in 2002.

The 20-year-old was also impressive defensively, keeping the dangerous Dwight McNeil busy and making an important clearance from a corner.

Matip went into the game as one of the Premier League‘s in-form centre-backs and there was little on show to suggest that isn’t the case currently.

The Cameroonian was always on the front foot, not allowing Wood and Ashley Barnes to dominate, also making forays forward with the ball.

He’s in the best form of his Liverpool career.

Fresh off the back of his UEFA Men’s Player of the Year award win, Van Dijk was largely imperious, showing why he has had an even better year than Lionel Messi and Cristiano Ronaldo.

There were a few moments that weren’t absolutely immaculate by his ridiculously high standards, but Burnley‘s front two rarely threatened.

Liverpool’s most important player in this title race.

The left-back was back to his best against Arsenal last weekend, and although he was one of the Reds’ less influential players, he played well at Turf Moor.

His energy down the left was a constant outlet and he got the better of former Everton man Aaron Lennon.

Robertson’s crossing still isn’t at its most lethal, but that’s comparing it to a world-class level on show last season.

The glue that holds Liverpool’s midfield together, Fabinho was excellent against the Clarets.

The Brazilian cut a frustrated figure at times, as rather soft fouls were given against him, but he broke things up expertly in the middle of the park.

Such a crucial player.

The skipper has started the campaign well and he carried on in this vein, thriving in an almost right-sided midfield role.

One gorgeous inch-perfect pass to Mohamed Salah almost led to the Egyptian opening the scoring and he also sent in some Steven Gerrard-esque crosses.

Henderson looks so much happier further forward, rather than in the No. 6 role where he proved so divisive.

Wijnaldum kept his place despite pressure from Oxlade-Chamberlain and he was quietly influential in true Wijnaldum fashion.

The 28-year-old knitted things together nicely in midfield, using his physicality to good use and doing a lot of ugly work.

It would be nice to see a little more risk and responsibility taken in the final third, but that’s being a little picky.

Salah was electrifying in the victory over Arsenal and he was always involved against the Clarets, despite finishing the game without his usual customary goal.

He hit the post with a lovely early effort, kept out brilliantly by Nick Pope, and his pace and trickery were a nightmare for Burnley‘s defenders.

Two very greedy pieces of play, when Firmino and Mane were in acres of space, were blots on his copybook however. 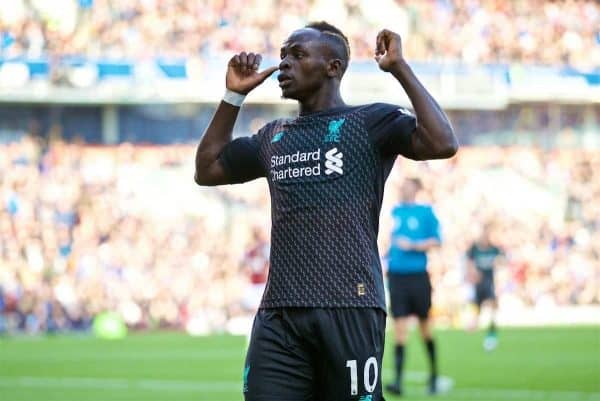 Liverpool’s No. 10 has been his side’s most deadly player in 2019 and he was majestic yet again on Saturday evening.

His unpredictability made him impossible to defend against, as was his strength in holding the ball up, and he nervelessly scored the Reds’ second goal.

Leading the line once again in his own inimitable way, the Brazilian was a joy to watch.

He is a player brimming with confidence at the moment, shining in all facets of his play, and he teed Mane up with a typically perfect pass.

Arguably Liverpool’s Player of the Month for August, Firmino capped off the win with a clinical finish.

Relatively quiet, but it was nice to see him get some minutes.

The match was over when he came on.

It was at least encouraging to see Klopp turn to his No. 23 for five minutes. 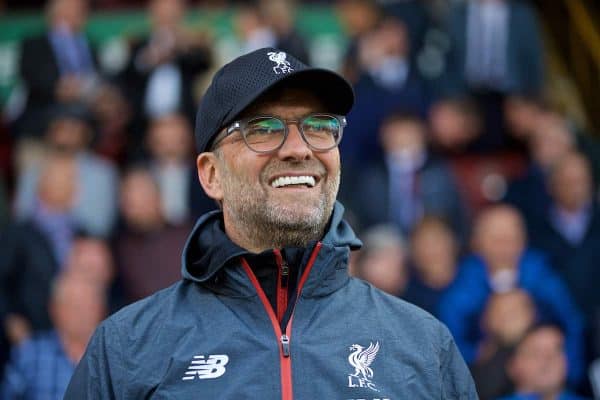 This was another almost-perfect day at the office for Klopp, whose Liverpool team hurdled a tough challenge emphatically.

There were no issues in the slightest over the manager’s team selection—this is undoubtedly the Reds’ best starting XI on current form.

Klopp has turned this side into a monster.