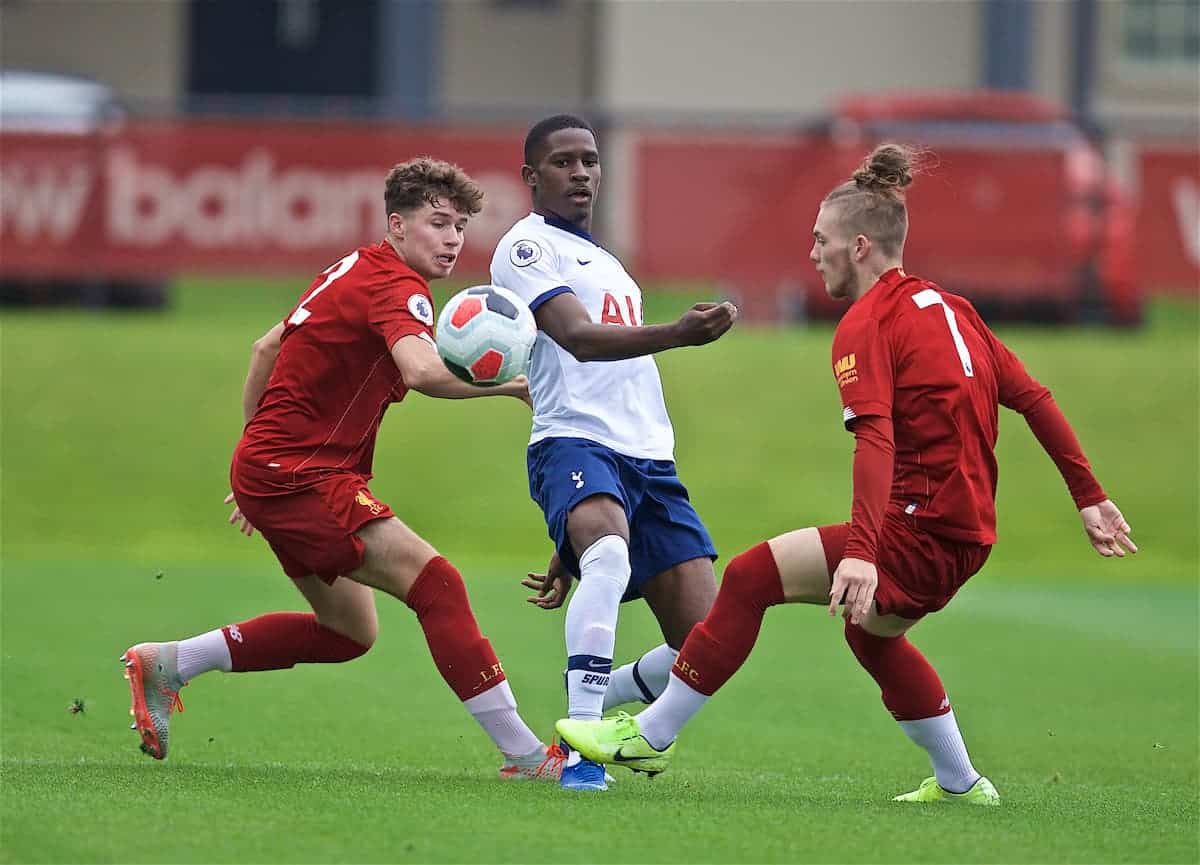 Liverpool U23s suffered a heavy defeat in their Premier League 2 opener—but there was far better news for the U18s as they put their opponents to the sword.

While the senior side began with a four-goal haul at Anfield on Friday night, the goals continued to flow in games involving Liverpool at youth level.

It wasn’t all in a positive sense, though, as Neil Critchley‘s U23s suffered a heavy defeat at home to Tottenham in Premier League 2.

A 4-0 loss came despite the likes of Curtis Jones, Harvey Elliott, Rhian Brewster and Ryan Kent all being in the lineup, as a series of missed chances cost the Reds dear.

Perhaps notably, given Alisson‘s injury on Friday night for the first team, Shamal George was the goalkeeper for the U23s with Dan Atherton—who was on tour with the seniors in the US—on the bench.

Fellow tour youngsters Yasser Larouci played left-back and Bobby Duncan came on as sub, but all the promising talents on show couldn’t produce a telling performance on this occasion. 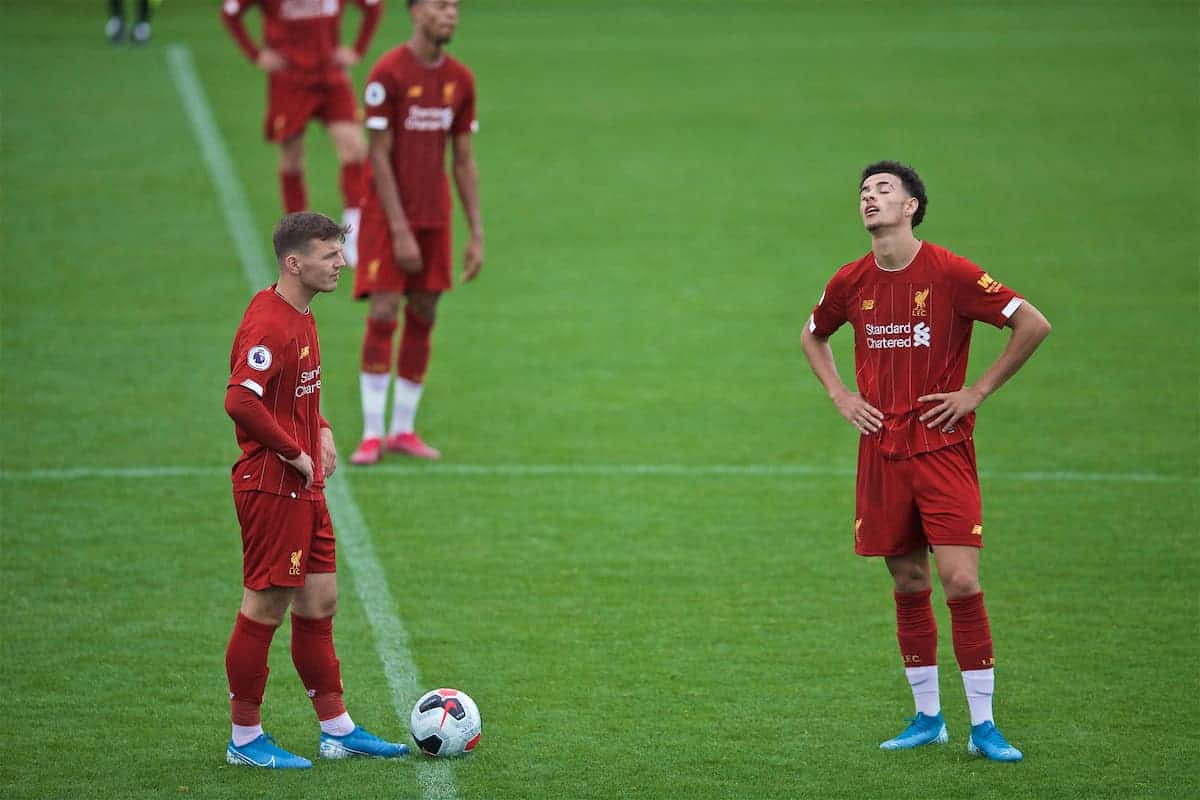 The Reds fell behind early on before mounting a good response and creating a series of chances, but they were unable to level up the scores and trailed 1-0 at the break—and Spurs made them pay with a clinical second-half display.

There was better news for the U18s, however, as a new-look side spanked Blackburn Rovers 7-1 in the U18 Premier League.

Striker Layton Stewart scored a brace as he began life in the new age group in impressive fashion, while James Balagizi and Tom Hill also hit two apiece. Jake Cain, one of just two players remaining in this U18 side who played in last season’s FA Youth Cup final, netted the Reds’ other. 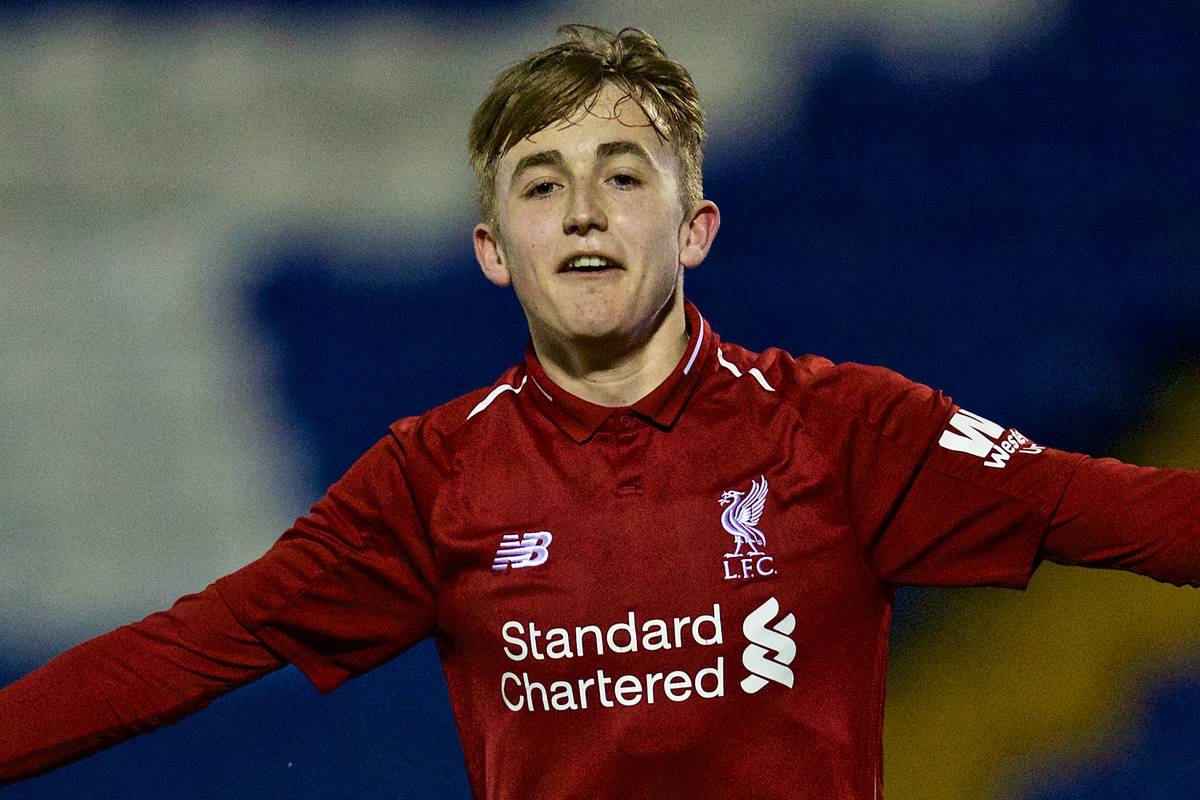 Aside from midfielder Cain, Leighton Clarkson was the other player in the starting lineup who featured in that final victory.

Midfielder Matteo Rittacio and defender Remi Savage were also part of the squad last term and look set for more prominent roles this season after starting this first game of the campaign.

A great start for the U18s and it looks as though goals will be a theme right throughout the entire club this year.