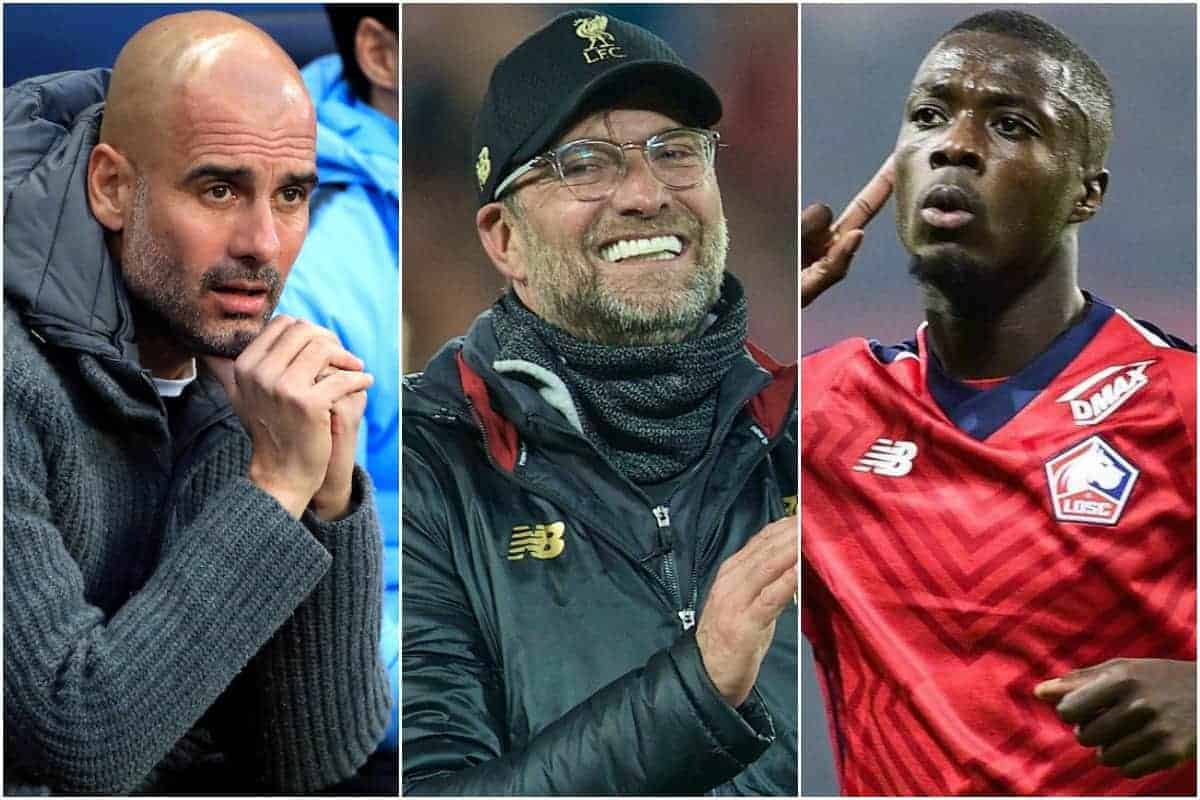 We round up the latest Liverpool news and transfer rumours on Friday, as Pep Guardiola shows some anger towards Jurgen Klopp.

Guardiola and Klopp appear to have a good relationship, but the former’s comments in his pre-Community Shield press conference suggest otherwise.

Following the Liverpool manager’s criticism of Man City‘s spending during Guardiola’s tenure, the Spaniard fiercely defended his supposed recklessness in the transfer market.

“It bothers me. Of course it bothers me, because it’s not true that we spend £200m every transfer market.

“It’s Liverpool, you’ll never walk alone, so it’s not a small team. It’s Liverpool. So of course I don’t like it, because it’s not true.

“Last season we spent £17m (net spend) on one player. Two seasons ago if we spent a lot it’s because I took over the team and we had 10 or 11 players over 30 years old so we had to do it.

“But we cannot spend £200m every season. For example last season Liverpool spent more than £200m last season, and cannot do it this season, but it’s the same.”

You could be forgiven for saying somebody sounds a bit rattled again!

Nicolas Pepe has joined Arsenal in a big-money move, having long been tipped to head to Liverpool this summer.

Although some have expressed disappointment at the Ivorian not moving to Anfield, a report from Get French Football News has outlined why the Reds opted not to make a bid for him, stating a lack of guaranteed playing time as the key:

“Whilst Liverpool clearly enticed him, another highly-respected French journalist has since told Get French Football News that LFC’s inability to offer Pepe consistent playing time brought an end to talks before they reached an advanced stage, despite Jurgen Klopp’s enormous desire to sign the Ivorian.”

With Mohamed Salah, Sadio Mane and Roberto Firmino all nailed-on starters for Liverpool, it’s understandable why they couldn’t give Pepe any assurances.

Don’t take this report as gospel, though.

Alisson the “Best Goalkeeper in the World”

Alisson has quickly become a superstar at Liverpool, showing his brilliance in goal and winning the Champions League in his debut season.

“They are very similar goalkeepers, both have an excellent game with their feet, know how to get off the goal line very well, are very firm and secure.

“I think Alisson comes in a better sequence — more top performances for club and country — and is the best goalkeeper in the world today.

“He has the confidence of [Brazil goalkeeper coach Claudio] Taffarel and [manager] Tite, they rely heavily on him and that’s why he holds the shirt for the Selecao.”

Alisson is already proving to be one of Liverpool’s most significant signings of the Premier League era and he will continue to be priceless for years to come.

Grabara to be Huddersfield No.1

Kamil Grabara is spending the 2019/20 season on loan at Huddersfield Town, as he continues to mature as a goalkeeper.

The young Pole will make his Terriers debut in his side’s Championship clash at home to Derby County on Monday night, according to Examiner Live.

Huddersfield boss Jan Siewert has lauded Grabara’s character, explaining how a conversation with Klopp helped persuade him to sign the ‘keeper:

“I had a conversation with Jurgen Klopp about Kamil – the way he is and his character.

“I really can say that he is a very intelligent guy and he uses his whole body to make saves, his full size.

“In the way he plays, he is ahead of his age because he looks calm on the ball, he makes good saves and he is always in the right areas – an intelligent, modern goalkeeper.

“He suits our dressing room character wise, too – and that’s a very important thing for me.”

Monday will be a great opportunity for Grabara to shine, with Sky Sports showing Huddersfield’s 2019/20 opener. 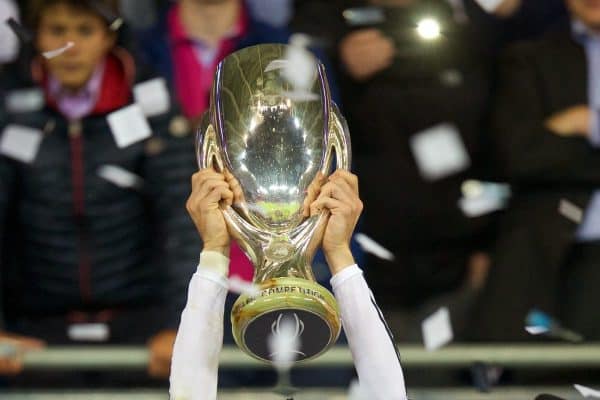 It has been confirmed that Stephanie Frappart will referee the game, becoming the first female official to take charge of a major men’s UEFA event.

Frappart will be joined by assistants Manuela Nicolosi and Michelle O’Neal, completing an all-female lineup.

The Frenchwoman took charge of the FIFA Women’s World Cup final between the USA and the Netherlands this summer, and also the 2012 UEFA European Women’s Under-19 Championship final.