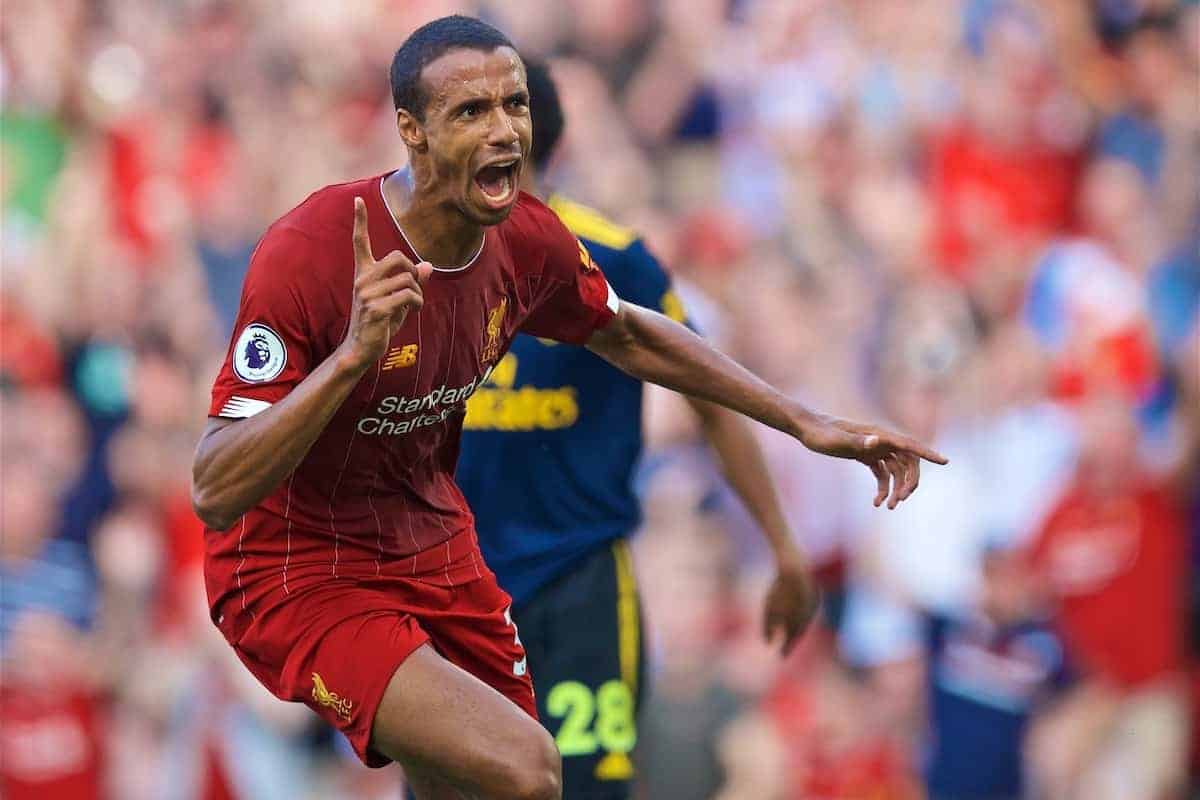 Liverpool cruised to a 3-1 win against Arsenal in what was a solid team performance with a couple of standout players.

Took a risk early on, coming out of his area to clear a ball but hitting it straight to Aubameyang whose shot drifted wide, luckily for the Spanish stopper.

Made a couple of saves, one of which was eventually called for offside, but he did well to hold his ground and save one-on-one from Pepe.

Failed to keep a clean sheet which will disappoint him, but was good enough with his passing and build-up play.

A lot of his crossing early on seemed hit and hope, but it was he who provided the cross from the corner for the opener.

Was constantly in dangerous positions down the right, and though Arsenal appeared happy to let him swing balls in from wide, he eventually punished them from the set piece. 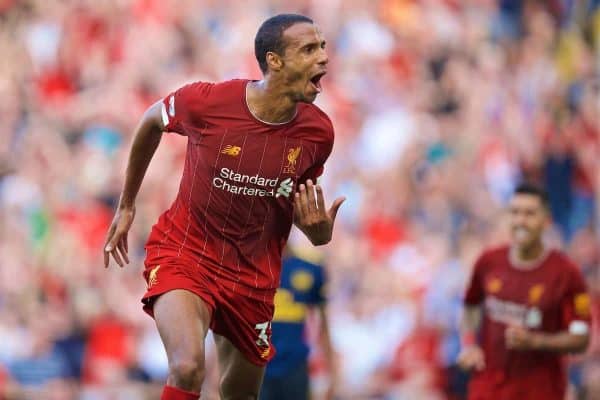 Began the game stepping out from the back with the ball, acting almost as a second defensive midfielder alongside Fabinho. Even found himself on the right wing at one point.

Was commanding in defence, as demonstrated when he chested a pass to Fabinho when most defenders would have just headed clear.

His goal rounded off an excellent first half — a towering header from Trent’s corner.

A brilliant last-ditch intervention at the start of the second half meant Adrian didn’t have to make what might have been a difficult save.

It’s a shame there was no clean sheet to go with the rest of his display.

Almost lost Pepe early on but recovered well. Not too involved in the first half and was outshone by his defensive partner.

Had a bit more to do in the second period, all of which he did well – often making defending looking very easy, managing Pepe or Aubemeyang masterfully.

Very direct, better crosses than Trent, or maybe just better decisions with the ball. Got a shot away, too, and was unlucky not to get some kind of goal contribution.

An attacking weapon down the left, and trusted to hang around at the back on his own at Liverpool corners, such is his recovery speed.

Dropped into the backline as part of a new-look setup for Liverpool at opposition goal-kicks.

Offered a great option during the build-up, and contributed with some good, incisive forward passing.

A nice cross almost set up a chance for Van Dijk, and he gets an assist for Salah’s solo effort, having offloaded the ball to him on the halfway line.

Decent range of passing, and an early pass out into space on the left caught the eye.

Had one shot/cross deflected behind from a corner, and was generally quicker to things in midfield than the opposition, giving them no peace.

Lost Pepe in midfield for one Arsenal chance, and committed too early on Torreira for the Arsenal goal.

Those moments aside, he pressed well and worked hard on and off the ball.

Really good moment at the start of the second half saw him pressing hard in midfield, putting a foot in, then having the strength and pace to collect the ball near the touchline.

Completed 57 of his 58 attempted passes, giving him a pass success rate of over 98 percent.

That combination of pressing and tidy linking was pretty much his game, save for a couple of attempts on goal. 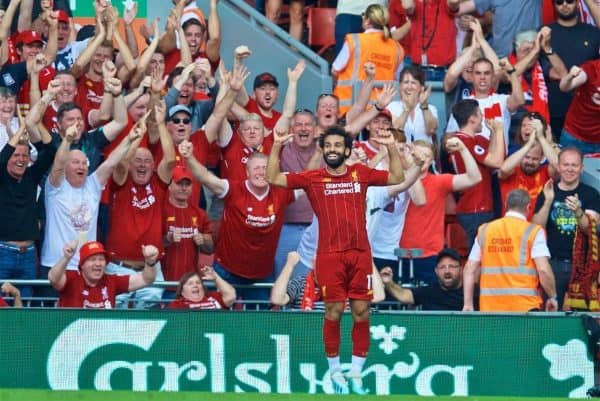 Came to life as the game progressed, and ended up scoring twice at the start of the second half to seal the win.

His first was a really well-taken penalty, which he won as David Luiz pulled his shirt in the most obvious fashion. Un-saveable.

His second was a scintillating solo effort, leaving Luiz in his wake on the halfway line before having the pace to evade Nacho Monreal and the composure at speed to finish past Bernd Leno.

Looks more of a goal threat than ever, though he didn’t manage to get his name on the scoresheet on this occasion.

Has a quick turn and shot on either foot, and gets in good attacking positions while also dropping deep to link play.

Came up with a ridiculous piece of skill to lift the ball over a defender and set himself up for a shot just before half time.

A constant threat. Someone for the opposition to be wary of even if he doesn’t contribute to goals as was the case today.

Sent one wild shot over the bar, but also made four key passes.

Wasted a good opportunity when Liverpool found themselves five on two, overhitting his pass.

Important header in front of Aubameyang to prevent a chance, and generally did some good clearing up to help the defence. 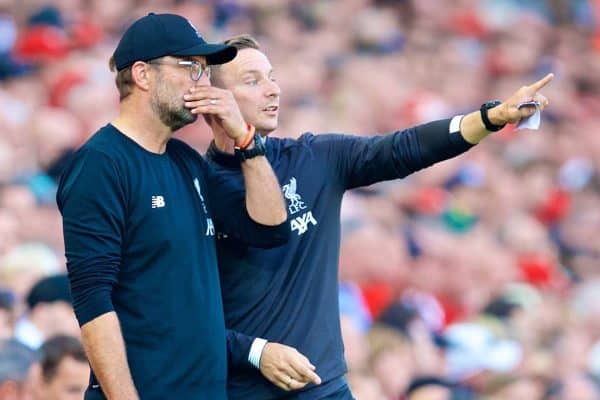 There are some differences to the way Liverpool are approaching things this season, which is to Klopp’s credit.

But on the whole this was a very familiar display, especially against this opposition, and is was one which sums up the intense pressing and attacking of Klopp’s Liverpool.

Managed to give Mane and Firmino some rest towards the end of the game in preparation for Burnley away next weekend.