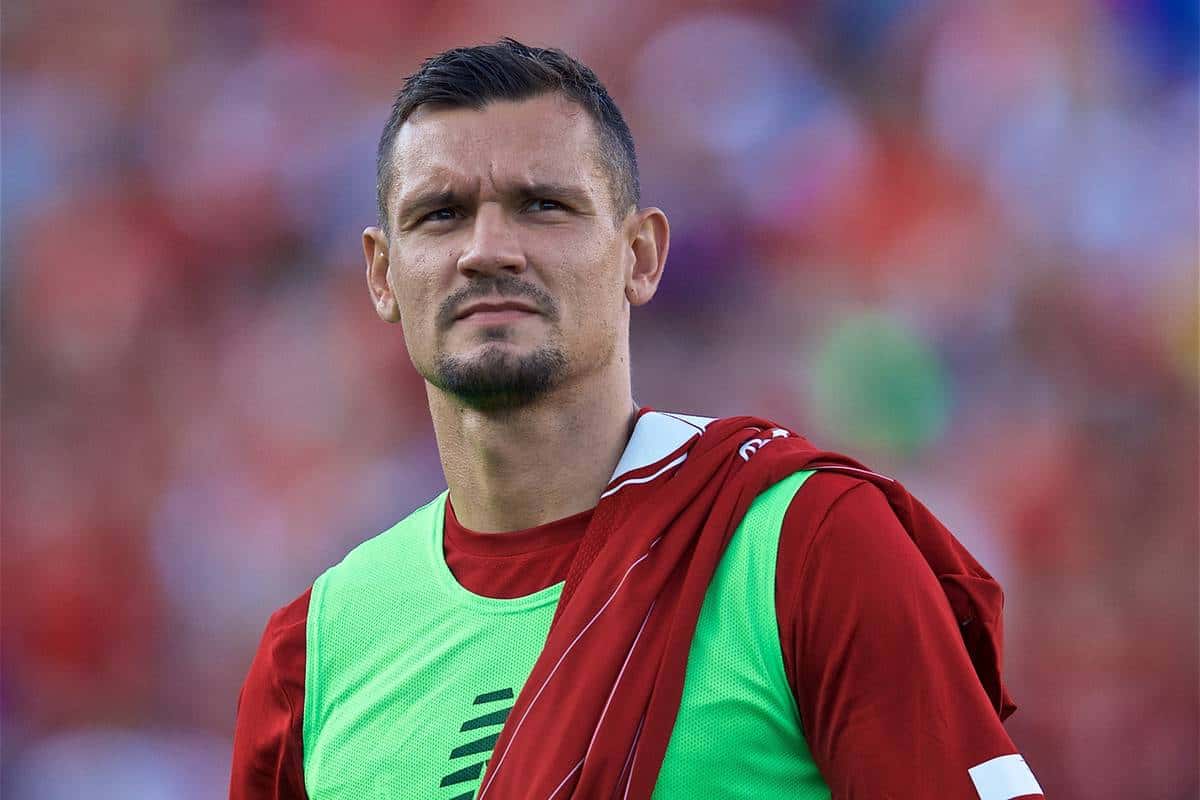 Liverpool have cancelled the proposed transfer of Dejan Lovren to AS Roma after the Italian club failed to provide an official proposal.

The 30-year-old centre-back was expected to complete a £15 million transfer to Roma this week, but some reports had suggested that the Italian side had attempted to make the deal a ‘loan-to-buy’.

It seems they have now failed to convince Liverpool of funds for the transfer, with the Mail‘s Dominic King updating on Friday morning, saying that Liverpool were frustrated by Roma’s failure to come up with a significant plan after indicating they would buy for £15 million and that there was “never an official proposal, so sale is now off.”

It’s believed Liverpool wanted near to £20 million for the player who joined the club from Southampton in 2014.

Jurgen Klopp had been happy to allow Lovren to leave in order to get first-team football, with the player now fourth-choice behind Virgil van Dijk, Joe Gomez and Joel Matip. Klopp also has Fabinho capable of playing there, plus teenage Dutch duo Sepp van den Berg and Ki-Jana Hoever.

Whether another foreign side now come in for the Croatian before the transfer window closes in Europe, we will have to wait to see.

Some supporters though may see the news as being positive after voicing concerns that the Reds’ squad depth was already slim.

Good news for Mo Salah, though, who keeps his best mate at the club!